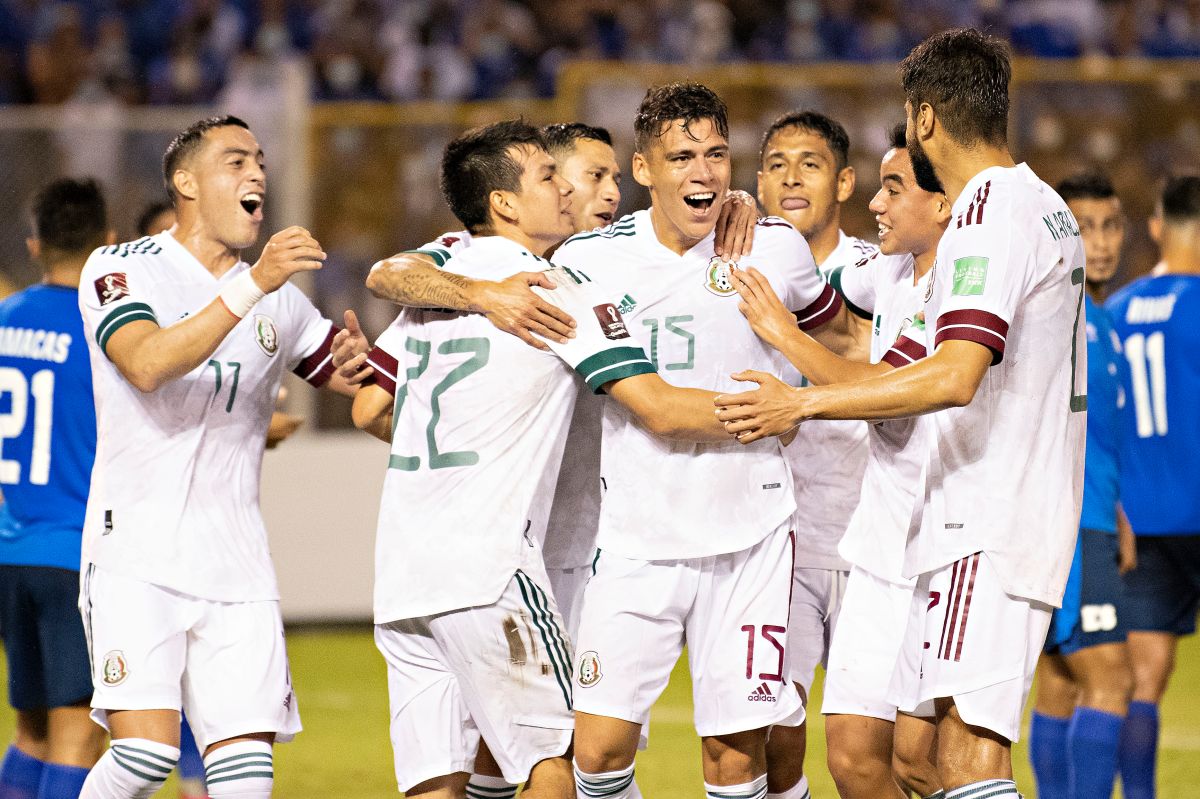 Mexico, United States and Canada, with 14, 11 and 10 points respectively, lead the Octagonal Final of the eliminatory of the Concacaf to the Qatar 2022 World Cup, after the sixth day in which Panama, Costa Rica, El Salvador and Honduras they suffered serious setbacks.

If the World Cup qualifiers were to end today, the teams of Mexico, the United States and Canada would have the three direct quotas to Qatar granted to Concacaf. And Panama would have the right to play a play-off.

In the Cuscatlán stadium in San Salvador the resistance of the Salvadorans against Mexico lasted only half an hour because of a header from Héctor Moreno that helped Tri to open the scoring, which at the end of the game would be extended with a penalty in the 93rd minute executed by Raúl Jiménez.

With the solid victory by 0-2, Mexico reached 14 points out of 18 and look in the rear-view mirror at his other opponents.

The defeat plummeted the Salvadoran team to penultimate place in the league with 5 points, the same ones that Jamaica added this Wednesday to get out of the pit and reach the sixth seat.

Also read:  This is the mansion that ex-baseball player Johan Santana sells in Florida for almost $ 6 million

THE team of Stars and Stripes benefited from an unfortunate failure by Costa Rica reserve goalkeeper Leonel Moreira that condemned his team to defeat by 2-1 at Lower.com Field in Columbus, Ohio.

In the first minute of play, Costa Rica took the lead with a goal from Keysher Fuller.

And although the Ticos sought to defend the advantage at all costs, the Stars and Stripes team advanced their lines and found the tie in the minute 25 through Sergiño Dest.

For the second half, the United States increased its pressure on the goal that Keylor Navas left due to physical discomfort and that he gave Moreira into custody.

At 66 minutes a rude defensive oversight was the beginning of the play that ended with the garrafal failure of the goalkeeper and the ball inside his goal.

The Canadian team thrashed in a comeback to Panama for 4-1 in Toronto and established itself in third place in the league.

With victory, the Canadian team reached 10 points, and sent his rival to fourth place, with 8 integers, which gives place to the repechage.

The canaleros took the lead on the scoreboard through Rolando Blackburn in minute 5 and surprised the home team at BMO Field, but fate helped Canada when at 28 the channel Michael Murillo scored an own goal to equal the actions.

In the second period Canada was more offensive. At 66 he marked the second goal with Alphonso Davies, at 71 Tajon Buchanan converted the 3-1 and Jonathan David made the final 4-1 at 78.

A goal from the British striker Kemar roofe and another from the midfielder Oniel fisher they sealed the Jamaica’s 2-0 away win over Honduras, which automatically collapsed to the last place on the octagonal.

Roofe, a Scottish Premiership Rangers player in Scotland, scored in the 38th minute and Fisher, of the MLS Los Angeles Galaxy, put the icing on the cake in the 79th, in a match played at the San Pedro Sula Metropolitan Olympic Stadium.

Also read:  Latino boy is killed point blank; dreamed of being an actor, appeared on the show Law & Order

Thus, Jamaica reached its first league win, reached 5 points and left the last place to be placed in the third to last place, while Honduras was anchored in the basement with 3.

You may also like:
Goodbye to Cristiano Ronaldo, Lionel Messi and Neymar: the future God of football is Italian and is 13 years old
· Neymar in “victim mode”: Thiago Silva rejected the constant criticism of his Canarinha teammate
Video: Neymar fulfilled a dream to a Colombian boy and came out applauded