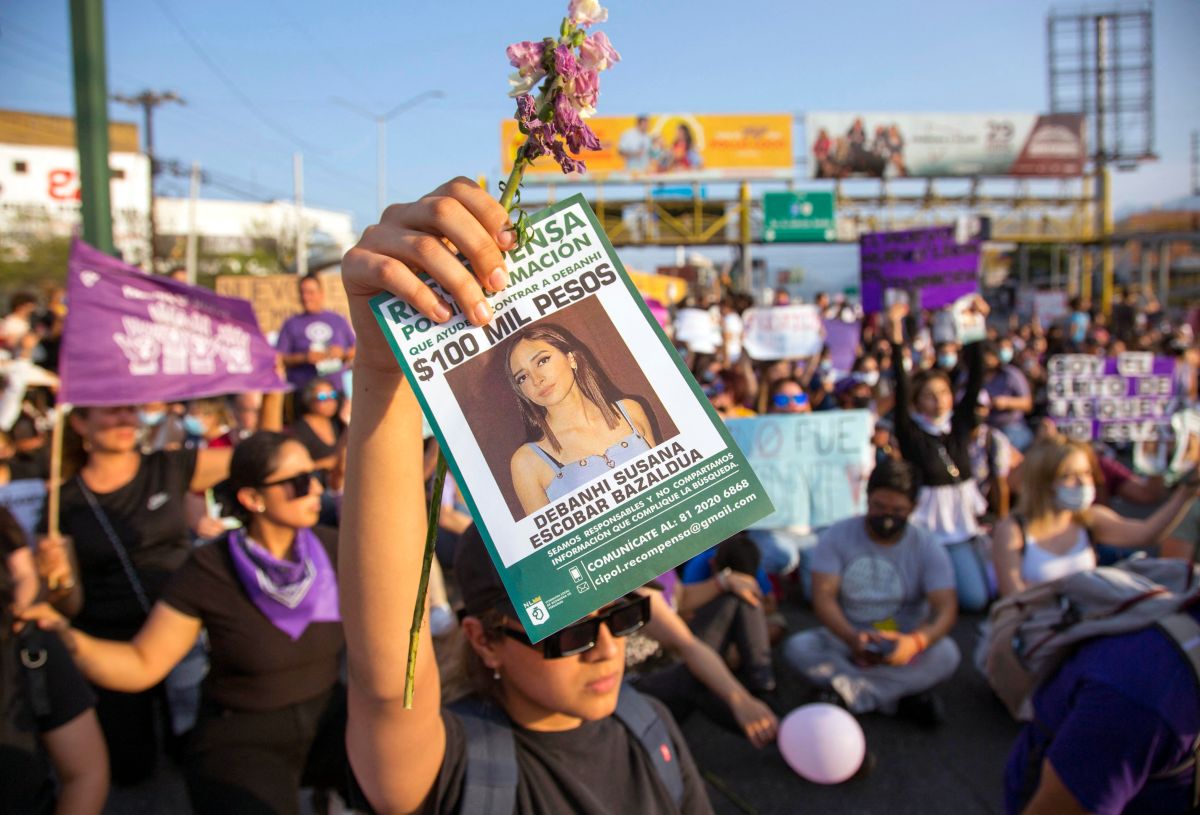 The driver of a taxi application, Juan David Cuéllar, who transported Debanhi Escobar at dawn on April 9, the day of his disappearance, denied yesterday that he had sexually harassed heras accused by the young woman’s father, Mario Escobar.

“I never thought I’d be in this situation, I don’t owe anyone anything and I want everyone to know the truth and more than anything because Mr. (Debanhi’s father) makes a serious accusation, he accuses me of harassment and at no time did I harass herCuéllar told the Reforma newspaper.

“The man says many things, but he was not there, he does not know the truth,” he added.

Cuéllar, who was interviewed by a local television station, He said that Debanhi and his two friends contacted him through the Didi application to pick them up at a house located in San Nicolás.

The driver affirmed that it was a short journey, barely three blocks from the main square of San Nicolás, but, not finding one of their friends, the young women asked him to take them to the area of ​​villas near the FGR facilities in Escobedo.

Before descending, they asked for her telephone number so that she could return them to her home, in a service outside Didi’s regular application, and Cuéllar agreed.

The driver said that around 4:00 am on April 9, he received a message from the women asking him to pick them up, but only Debanhi entered the car.

Her own friends put her in the back of the vehicle driven by Cuéllar, while they left in another car with some young people they met at the party.

According to Cuéllar, Debanhi Escobar was angry with her pair of friends, since they did not want to take her.

The young woman asked the driver for a cable to charge her cell phone, while she moved to the front seat of the taxi.

Cuéllar claims that the victim repeatedly refused to give him an address for his transfer, so he asked his friends where he lived and they told him his address.

Suddenly, Debanhi asked Cuéllar to stop the vehicle, to which the driver refused, so she asked him to take her to another country house where there was a party.

“I thought that I was going to vomit, at no time did I think that she was going to get off, she gets off and that’s where I take the pictures, I tell her friends that she got off,” according to Reforma.

“I stood for three minutes in case she comes back, she regrets it, I don’t know, she never turned around and what I did was continue, I said ‘I can’t do anything’”.

The driver assured that Debanhi was not feeling well.

“The girl was not in her five senses, I can tell that from the words, she did not string sentences together, she did not have a concise conversation.

“I recorded an audio where she spoke things that we had not even talked about, I did not know her, she told me things that did not agree with what we were saying.”

Cuéllar assured that he tried to contact Debanhi’s mother, but her friends refused to give him the phone number. Juan David reiterated that her intention was to help her and that she is available to the Attorney General’s Office to collaborate in the investigations.