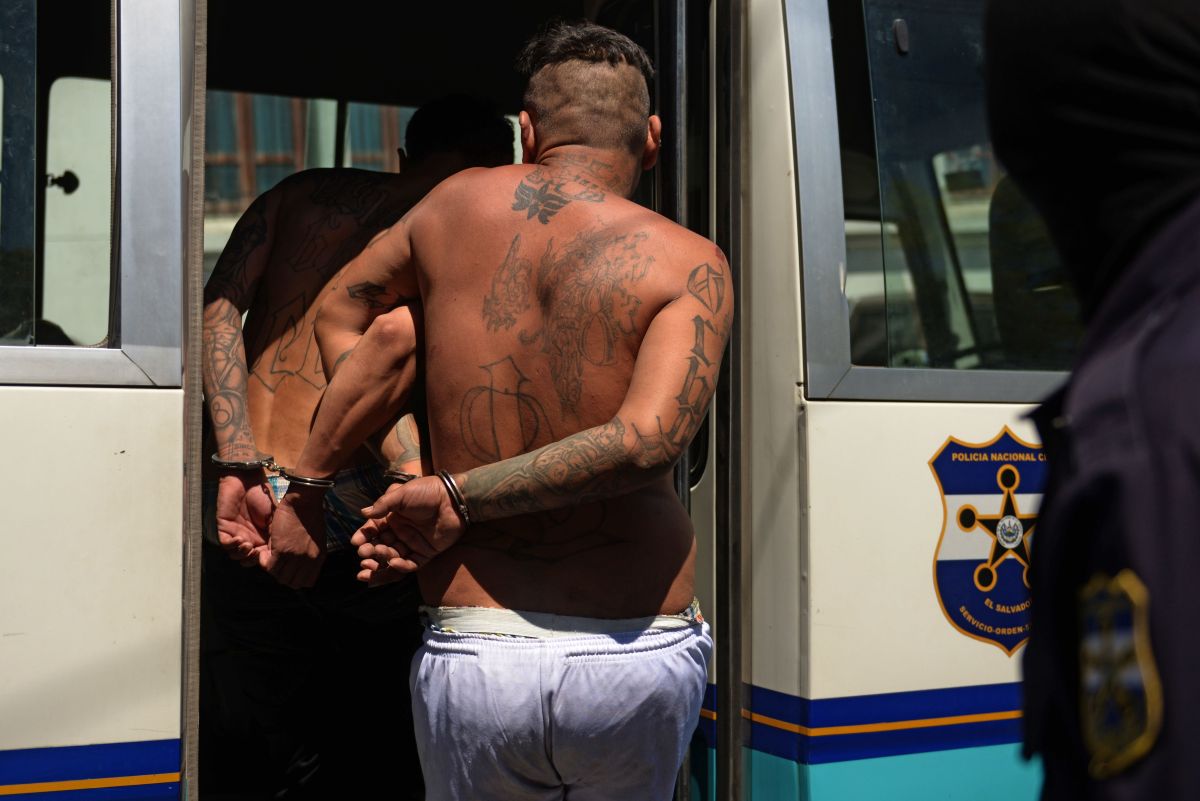 SAN SALVADOR – The government of El Salvador held negotiations with gangs in 2020 Mara Salvatrucha (MS13) and Barrio 18 – Southern and Revolutionary fractions – to reduce the homicide figures and “tried to hide the evidence,” according to an investigation published this Monday by El Faro.

“The director of Penal Centers (Osiris Luna) ordered the removal of hundreds of novelty books and computers from maximum security prisons; and the prosecutor (Rodolfo Delgado), imposed by the ruling Assembly, dismantled the special group that was investigating these negotiations ”, indicates the digital newspaper in a long text.

The investigation indicates that the prosecutors in charge of the investigation baptized the case as Cathedral and seized official documents from Penal Centers after El Faro published, in September 2020, that Nayib Bukele’s government had been negotiating with the MS13 for a year.

Until April 2021, the Prosecutor’s Office, led by Raúl Melara, “carried out a criminal investigation process against several officials of the Nayib Bukele government and for months the prosecutors tapped telephones, did physical follow-ups, seized documents, took photographs and interviewed witnesses” , aim.

However, on May 1, the Legislative Assembly, which took office that day, dismissed Melara and appointed Delgado as the new prosecutor, who, according to El Faro’s investigation, “over the weeks would dismantle the unit that got the findings. “

The prosecutor’s investigation was conducted, according to the media, by the Special Anti-Mafia Group (GEA), led by Germán Arriaza and who selected four prosecutors to form a team and investigate the negotiations between politicians from the opposition Farabundo Martí National Liberation Front (FMLN) and gangs.

“Following the September 2020 publication on the negotiations between the Bukele government and the MS13, the GEA also initiated investigations in this regard (…) but the GEA was eliminated after former prosecutor Arriaza resigned because Delgado ordered his removal from office. unity ”, review.

The digital newspaper notes that obtained part of the file of the Cathedral case in which the aforementioned findings are recorded, analyzed photographs, contrasted with previously obtained documents from Penal Centers, consulted sources with knowledge of the negotiations and sought the official reaction of government officials, without obtaining a response.

In September of last year, El Faro published an investigation in which it was revealed that the Bukele government held negotiations with the Mara Salvatrucha gang (MS13) to reduce the homicide figures since June 2019 and to obtain electoral support in the February 2021 elections, in which the president won the Presidency.

In this new research, The digital newspaper affirms that these negotiations also included the Barrio 18 gang – Sureños and Revolutionary fractions. and indicates that the gangs “raised a series of demands that include improvements in prison living conditions and benefits for their members in freedom.”

There are 19 demands that “refer to the life (of gang members) inside prisons and the rest are requests to improve the lives of gang members in freedom and their families,” he adds.

Last year, Bukele said that the El Faro investigation was “false” and pointed out that his government is criticized, even by international entities, for the measures implemented in the prisons, such as sealing the cells with metal plates to keep them isolated. following an escalation in homicides between April and May 2020.

The Bukele government has implemented the Territorial Control Plan (PCT) since 2019, to which it attributes the drop in murders in recent years.