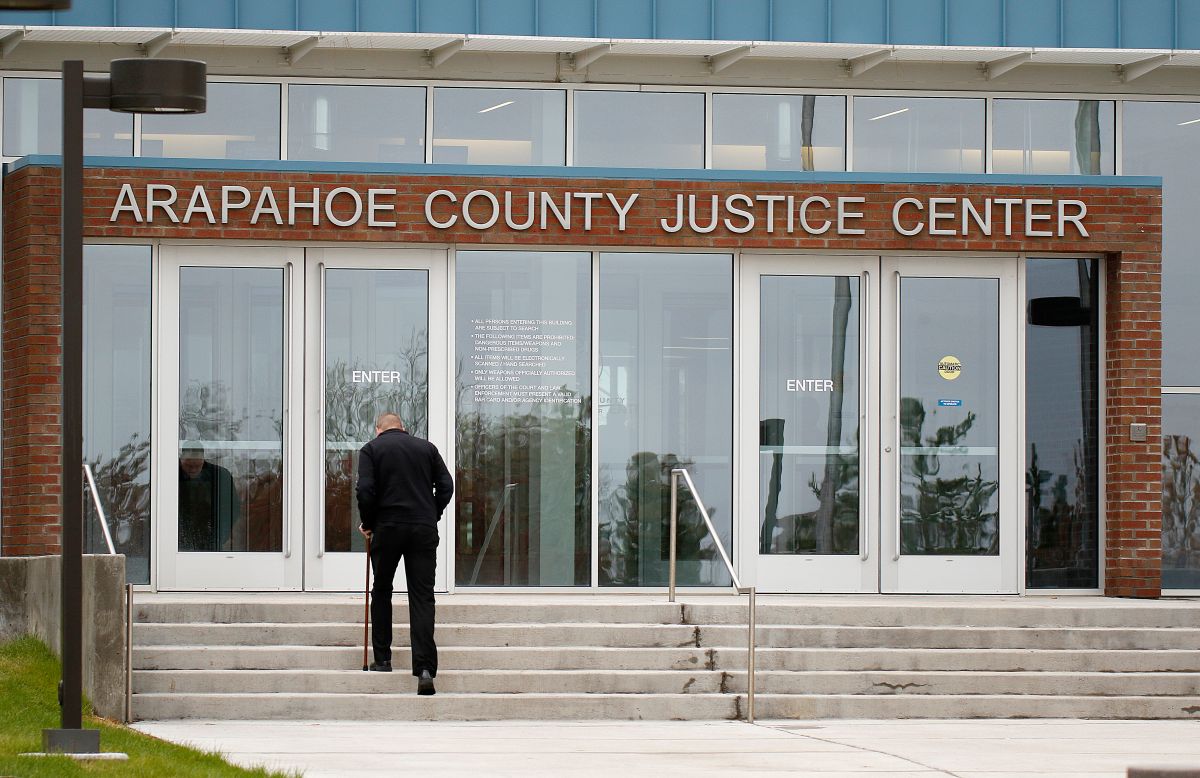 Two weeks after being convicted, a serial killer from the Denver area known as the “Killer of the Hammer” received a sentence of three life sentences.

The name of Alex Ewing, better known as the “Hammer Killer”, has resurfaced these days, nearly four decades after causing terror in Aurora, a Denver suburb, where stabbed and hammered to death several people, including three members of a family.

Ewing, 61, was found guilty of multiple charges, including first degree murder, attempted murder and sexual assault of a minor. Aurora is the city where a man shot inside a movie theater causing 12 deaths and 70 injuries in 2012.

Arapahoe County Judge Darren Vahle sentenced him Tuesday to three consecutive life sentences for the murders of Bruce Bennett, 27; Debra Bennett, 26, and their daughter, Melissa Bennett, 7, whom he also raped. The horrific incident occurred on January 15, 1984.

In total there were 12 days of horror during which at least four attacks occurred in the Aurora area.

District Judge Darren Vahle sentenced Alex Christopher Ewing, age 61, to life in prison with the possible parole after twenty years for each of the murders of Bruce and Debra Bennett and their seven-year-old daughter in 1984. https: // t. co / A9Vxjw5qFV

The judge, in passing sentence, told the defendant: “Every breath you have taken since 1984 is a crime against everything that is good and decent and correct in the world.” According to local media reports, the judge told Ewing that if he could he would sentence him to death, which no longer exists in Colorado.

Another victim of the bloody “Hammer Killer” attack is Vanessa Bennett, another daughter of the Bennett family, who was only 3 years old at the time. The now-woman survived despite serious injuries, but the damage caused her to become addicted to drugs.

“I not only lost my parents and my sister. I lost trust in people, I lost my dignity and my pride. I lost the person I was supposed to be, ”she told the judge on the day of sentencing. “I lost my sanity. I look at myself in the mirror every day and I hate what I am… I hate what I had to go through and what I still have to go through ”.

BREAKING: Judge sentences Alex Christopher Ewing to three consecutive life sentences for the 1984 murders of Bruce and Debra Bennett and their 7-year-old daughter, Melissa, all but guaranteeing he will die in prison. @ 9WantsToKnow # 9NEWS pic.twitter.com/U4pxmaKZik

Ewing was identified and charged until 2018 thanks to a DNA test on file in Nevada which helped researchers find out. He was arrested in that state for attempted murder. He was extradited to Colorado in 2020.

There are other cases from the past involving the “Hammer Killer” in Colorado. It is believed that he killed Patricia Smith in the town of Lakewood six days before the Bennett murder, and that he attacked a woman named Donna Holm in Aurora. She survived. He also hammered a couple who managed to survive.

As explained by a prosecutor, first-degree murders in Colorado currently carry an automatic life sentence without the possibility of parole, but in Ewing’s case parole is possible after 20 years due to the time the crime occurred.