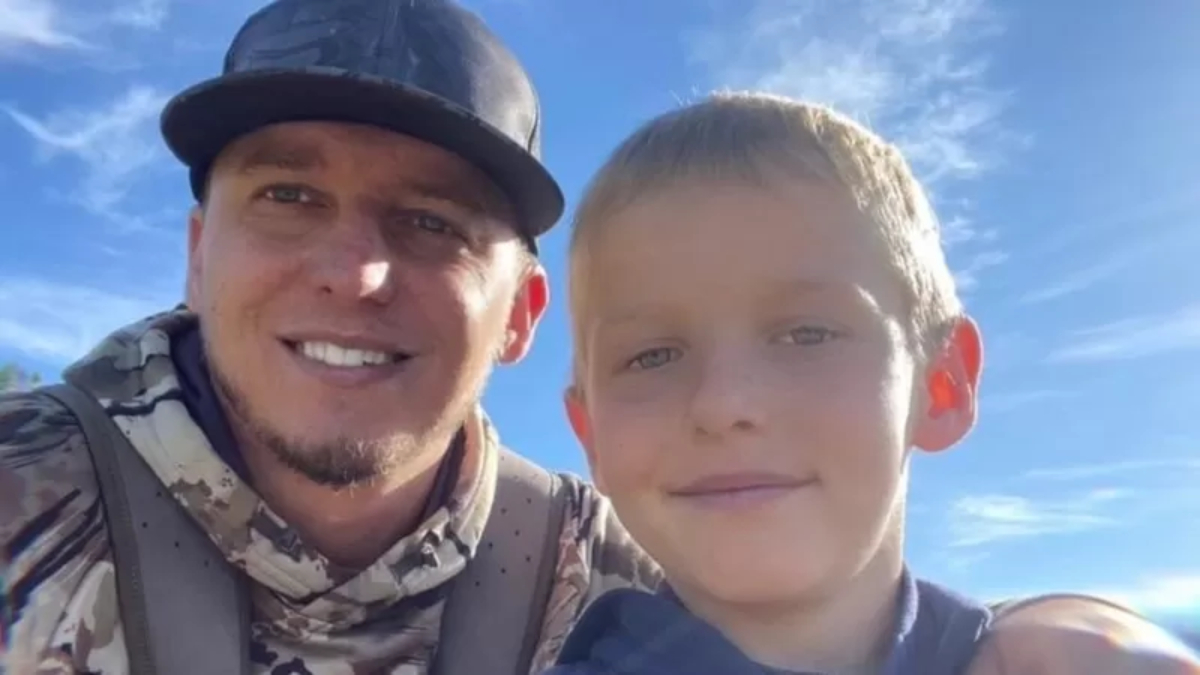 At just 12 years old, Drayke Hardman took his own life after being bullied for more than a year at his school in Utah, United States, the family denounced on social networks.

One of his sisters found him alive lying on the floor inside the house after the boy tried to commit suicide, according to local press reports.

Shortly after, the family transferred the minor to a hospital in critical condition, but he died the next day.

His parents, Samie and Andy, shared their pain through messages and photographs, in which they appear next to their son’s body.

“This is the result of bullying. My beautiful boy was fighting a battle that I couldn’t save him from. It is real. It is silent. And there is absolutely nothing we can do as parents to take away this deep pain,” Drayke’s mother wrote.

“How does a 12-year-old boy who was loved by everyone think that life is so difficult that he needs to get out of it?” he added. “Now is my time to be the voice of my hero, my only son who was taken from us.”

“Our sweet 12 year old passed away this morning”

The boy’s father tweeted about his son’s love for the Utah Jazz basketball team and tagged several of his favorite players.

“Our sweet 12 year old passed away this morning after a suicide attempt last night.”

“He is the biggest fan of @utahjazz. Thank you for making a bright spot in his heart.”

His anger at what happened motivated him to post a message on Instagram expressing his deep frustration at the death of his son.

“What would make a 12-year-old boy lose so much hope in his heart that he would tie his hooded shirt around his neck to kill himself? One word, HARASSMENT.”

“How is there so much hate in our world that we allow children to hurt others? It’s simple, we do it to each other and they learn it’s okay.”

The mother’s conversation with Drayke

Parents reported that their son died on February 10 after being bullied for a year by a schoolmate.

In a television interview with the KUTV channel, the mother said that she had had conversations with the boy about what he was experiencing in the educational center.

“Do you think about suicide, have you thought about hurting yourself?” says the mother who asked the child.

So heartbreaking Drayke Hardman left this world too early—a victim of bullying. Let this tragedy be a lesson to us all to be more kind, more encouraging, & more loving.

“No, no,” he said was Drayke’s response.

“He promised me he didn’t have those feelings”adds Samie.

The family said that the physical and emotional bullying came mainly from a classmate and that they had been in contact with the school to find a solution to the problem.

They ensure that the child who was responsible for the bullying was temporarily suspended. However, the harassment did not stop.

Drayke had returned home with a black eye earlier in the week, parents said, confiding in a sister that the injury occurred during a physical altercation with a co-worker.

The boy then missed his basketball practice and attempted suicide hours later.

This story is heartbreaking. Everyone has a responsibility to break the cycle of bullying, we must do better to protect every life 💔https://t.co/09Ntrb5Q9G #doitfordrayke

The Hardmans called on families to be vigilant about telltale signs of bullying in the lives of their own children and urged them to intervene to prevent more tragedies like this from happening.

Samie and Andy initially shared the story of their tragedy on social media asking other parents to “teach kindness” and promoted the hashtag #doitfordrayke (do it for Drayke).

Days later, they removed the material they had published on the internet, although the messages and photos of the child had already been reproduced by thousands of people who condemned the harassment and accompanied the family in their pain with messages of encouragement.

Lt. Jeremy Hansen of the Tooele Police Department said he was only made aware of the bullying allegations and the boy’s death through social media, local outlet Gephardt Daily reported.

Hansen said he had no history of any police complaints that have been filed regarding the case by the school the boy attended or anyone else related to the family.

People close to the family have started a GoFundMe account to fund the costs of Drayke’s funeral and memorial service later this week.