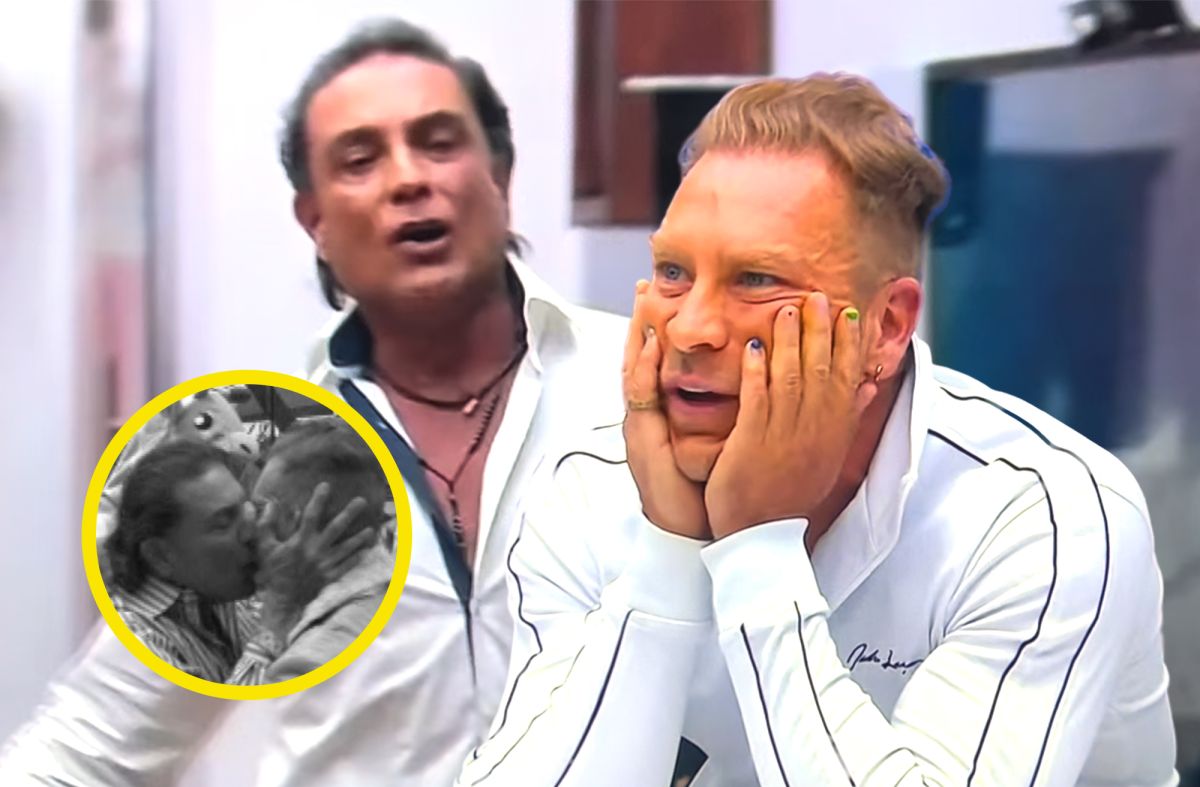 A tense night of nominations in “The House of the Famous” ended with a strong verbal argument between Salvador Zerboni Y Osvaldo Rios. the output of Niurka Marcos it has caused great conflicts within the house and in a night of nominations on Wednesday, four celebrities were left on the tightrope. Yvonne MonteroSalvador, Osvaldo and Rafael Nieves They will be submitted to the public vote and next Monday, June 27, one of them will come out.

After what Hector Sandarti revealed who the nominees were, things turned red. Osvaldo was the last to receive the news that he was nominated and when he concluded the link with Sandarti, the actor stood up and sang: “And all for a kiss“.

As you will remember, Osvaldo planted a kiss on Zerboni’s mouth that was like “the kiss of Judas”. On elimination Monday, Osvaldo said goodbye to Zerboni, giving him a kiss and telling him that if he was saved he would come back a more honest person. After being saved, Zerboni shouted a word that mentioned Osvaldo’s mother.

On nomination night, Osvaldo nominated Zerboni with 2 points and Zerboni did the same in return. Others who voted for Osvaldo were Rafael Nieves with 2 points, John Vidal with 1 point and Daniela Navarro with 2 points. After knowing he was nominated, what Osvaldo sang alluded to the kiss he gave Zerboni, which was what motivated the latter’s friends to hit the Puerto Rican actor hard.

Zerboni kept thinking and when he saw Osvaldo again he started yelling at him, “… why are you saying that everything for a kiss? It was because of your betrayal too. It was clear to you, right? What are you nominated for? For your sexual harassment, for your abuse, for your betrayal and for many things that we can summarize for you“.

At the end of Wednesday’s gala, things between Zerboni and Osvaldo continued just as hot but now both were arguing in the kitchen where strong things were said.

Salvador further gave, “Your fame is greater as a prisoner than as an actor. I feel sorry for you. Puerto Rico is sorry for the nationality you have. I’m sorry, you should. Don’t be bragging about the things you’re not. you’re a fake preacher“.

Look at the altercation between Osvaldo and Zerboni here!