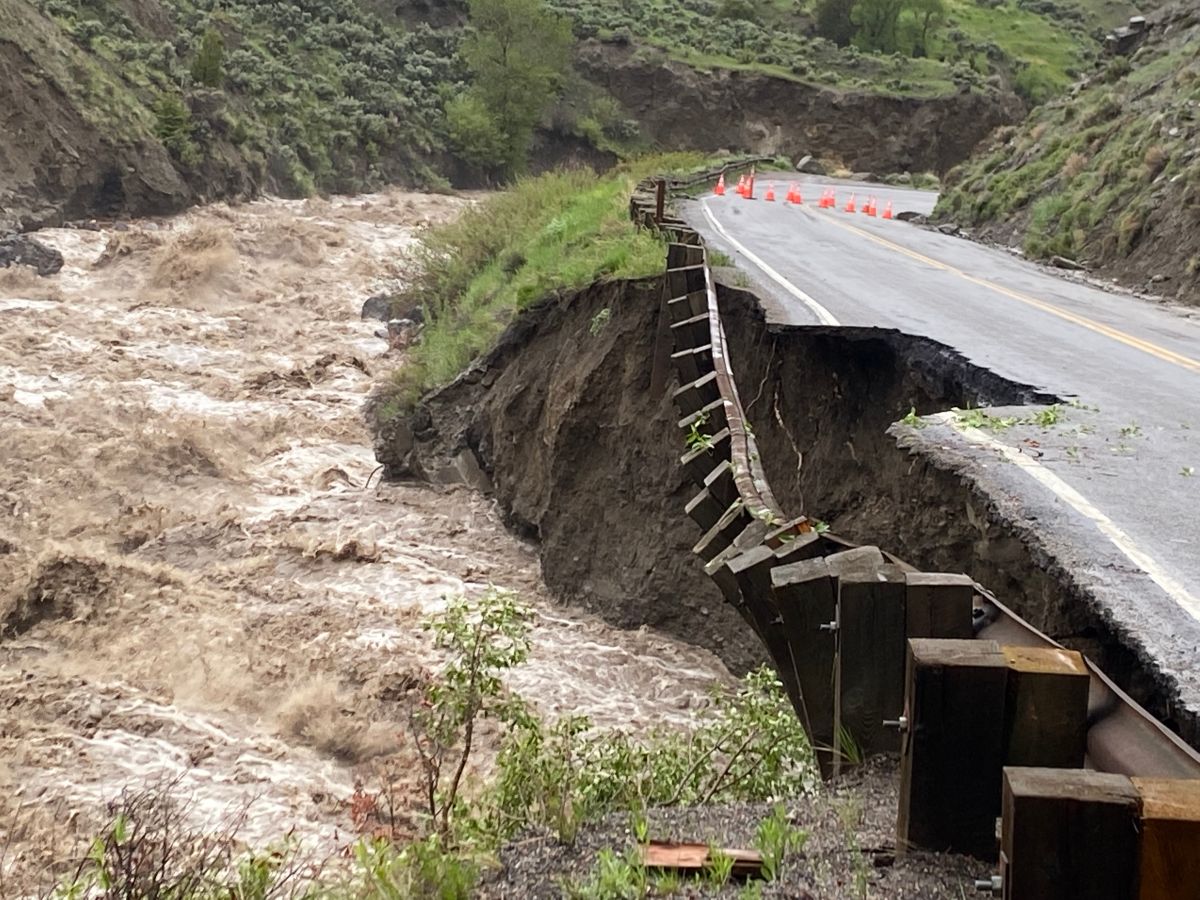 Images released by park authorities, Yellowstone County and Maxar Technologies reveal the extent of the damage caused by the recent floods in the yellowstone national park.

The flood, which began earlier this week, caused “extremely dangerous” conditions throughout the 3,472-square-mile park, stretching across Wyoming, Montana, and Idaho. The floods were caused by heavy rains and melting ice.

The following video shows the damage caused by the flooding at the north entrance of Yellowstone National Park.

The National Park Service said most of the damage occurred in the northern section of the park, which “will likely remain closed for a considerable period of time.”

The following photo shows the damage to the north entrance of the park:

Flooding washed away several sections of the road leading to the north entrance of the park.as well as satellite images taken Wednesday by Maxar Technologies.

CNN also reported that the flooding was so intense that altered the course of the Gardner River along Highway 89.

The Yellowstone County Sheriff’s Office said Thursday that crews were making repairs, removing debris from bridges and clearing mud and gravel from roads and has shared images showing flood damage on Facebook.

NPS Director Chuck Sams said no flood-related injuries were reported among park visitors or employees, in an update Thursday.

Sams said that “Yellowstone is a region shaped by the powerful natural forces of our planet. This is what makes it so spectacular and unmatched anywhere in the world. This week’s flooding reminds us that humans are only a small part of this ecosystem.”

– Forecast a very active hurricane season with more than 20 named storms
– Forest fires, drought and extreme weather marked April 2022 in the US.
– Climate change: there is a “50% chance” of exceeding the red line of 1.5 ºC more than temperature