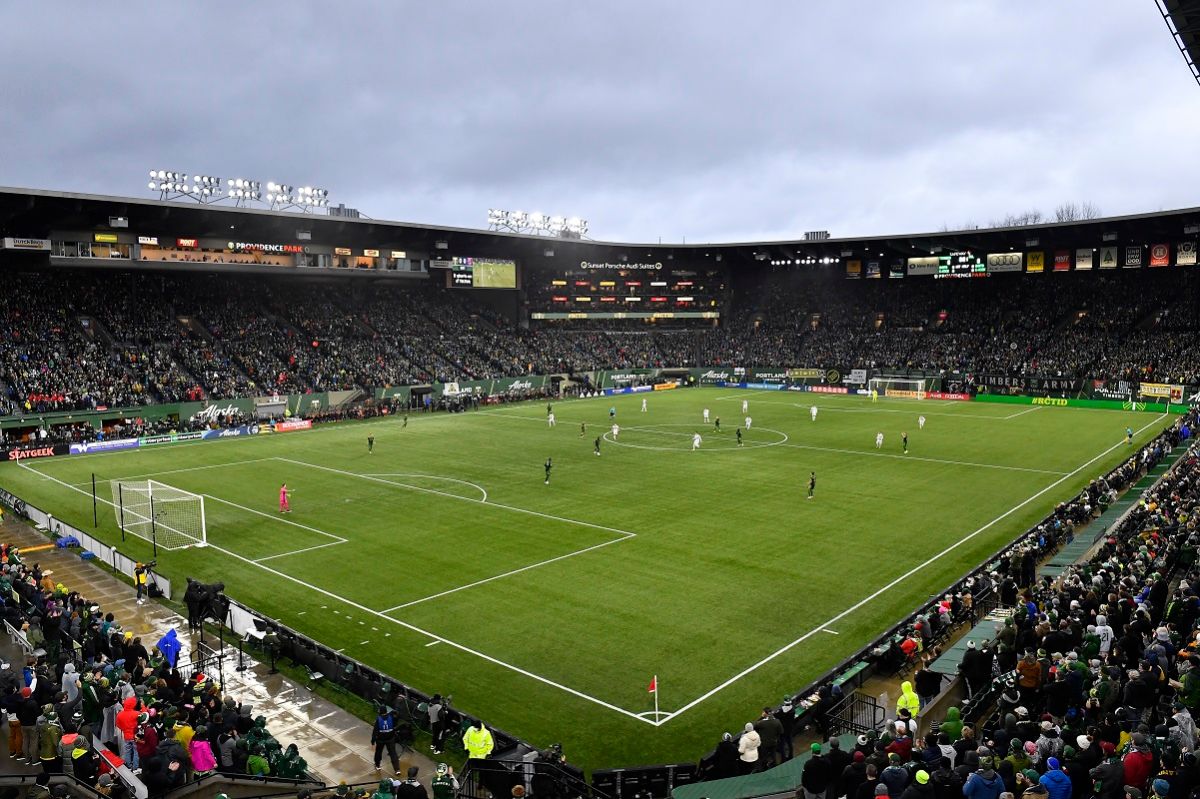 The MLS It currently has a wide variety of stadiums where modernity and the fervor of a hobby that grows every day are mixed, although Providence Park of the Portland Timbers It is a true gem in sports history and the oldest soccer venue in the United States.

Built on top of one of Portland’s most important waterways, Portland’s stadium was opened in 1926 and was known at the time as the Multinoham stadium multipurpose. Indeed, one of the particular things about the enclosure is that it was above the stream “Tanner Creek” for almost 25 years, until the construction of a treatment plant that diverted some of the water coming from the western hills.

For many years, people said that being near or inside the stadium you could hear the water running through the stream that runs below the stadium, however, there are commemorative plaques on the famous “Tanner Creek” to publicize its history to the new generations.

The Providence Park It was formally opened on October 9, 1926 for a football game and the project was run by the Multinomah Athletic Club, with a cost for the time of $ 500,000. According to Óregon Historical Society, the stadium hosted various sporting events and was particularly used for dog racing.

One of the most important events of the stadium was the move of the baseball team Portland Beavers, who in their opening match for the Pacific Coast League They received 16,929 fans, adding another sport so that the city could compete.

Until well into the 60s, the stadium was shared by the NFL for specific games until the changes began in the infrastructure and also in the use that was being given to it.

From Multinomah Stadium to Civic Stadium

For 1966 the Stadium was purchased by the city of Portland from Multnomah Athletic Club for $ 2.1 million, changing its name to Civic stadium. Curiously, the stadium ended up being of many uses until it was displacing baseball and began to have a greater frequency of soccer with the appearance of the Portland Timbers in 1975. In fact, this city in the northwestern United States began to be called “Soccer City”.

By the 70s the North American Soccer League had several teams and due to the proximity, one of the duels preferred by the citizens was to face the Seattle Sounders. With the appearance of the Portland Timbers, the stadium had a league playoff attendance record, with the addition of 31,000 fans.

The “hot corner” of Providence Park

As the stadium kept some things from its original structure, in 1981 they made a first renovation by placing a roof on the structure, however, one of the things that maintains the tradition and the origins of the stadium is that in one of the corners of Providence Park , a kind of curve is maintained that was originally intended for baseball fans to position themselves behind home plate.

Nowadays, it is the place where the fans of the Portland Timbers and the bar of the “Timbers Army”, who have given it shine, color and the unconditional support of the club’s fans.

Third name change and the return of baseball

By 2000, the Civic Stadium was renamed PGE Park and the stadium was renovated again to bring minor league football and Triple A baseball with the Portland Beavers, who left the city in 1993. But thanks to the change and also to the renovations to place an anti-seismic structure, they were the headquarters for the Women’s Soccer World Cup 2003, where the United States played the semifinals against Germany.

With the entrance of the city in the MLS and with the Timbers team consolidating as one of the expansion teams, the stadium began a series of renovations to the field for 2010. Part of the renovation of the stadium had as a priority to put another grass with synthetic material that served so that the FIFA will begin to accept these types of fields.

Due to the success that the team had in the past decade, the Timbrer approved a stadium expansion project where 4,000 seats were added and also LED lighting, but within the renovation project is the restaurant and a gym where fans can attend. and enjoy the facilities.

By 2017, the stadium began with those works that included a tribute to the city’s lumberjacks who are, in a way, a badge of the city and the Portland team.

The best option to attend Providence Park to see an event or a Timbers game is to use the light rail MAX which arrives at the station of the same name from the stadium, which is located on the other side of the entrance. On match days, the train lines change and expand to bring more fans and attendees to the stadium.

There are three types of tickets to take the MAX light rail:

One detail that cannot be ignored is that for football matches, the platforms and bus stations tend to collapse. According to the official page of the train service, they mobilize about 25,000 people for each commitment.

Although normally the mascots of the teams are usually some animal or character, Portland Timbers has one that usually cheers during all the games inside Providence Park. Joey webber is known as Joey “The Woodcutter” (Timber Joey) and is well known for cutting a log with a chainsaw in the stands.

According to the Timbers’ own team, the idea of Timber Joey of being the team’s mascot goes back to the 70’s when the team competed in the North American Soccer League, where a man named Jim Serril he cheered on fans dressed as a lumberjack.

Timber Joey’s tradition is to cut a piece of wood every time a Portland player scores a goal, then give it to them as part of the keepsake at the end of each game.

Providence Park will host the MLS final between Portland Timbers Y NYC FC to decide the champion of soccer of the United States, in the oldest enclosure at present in the country and it is expected that there will be a full house in the stands of the stadium.