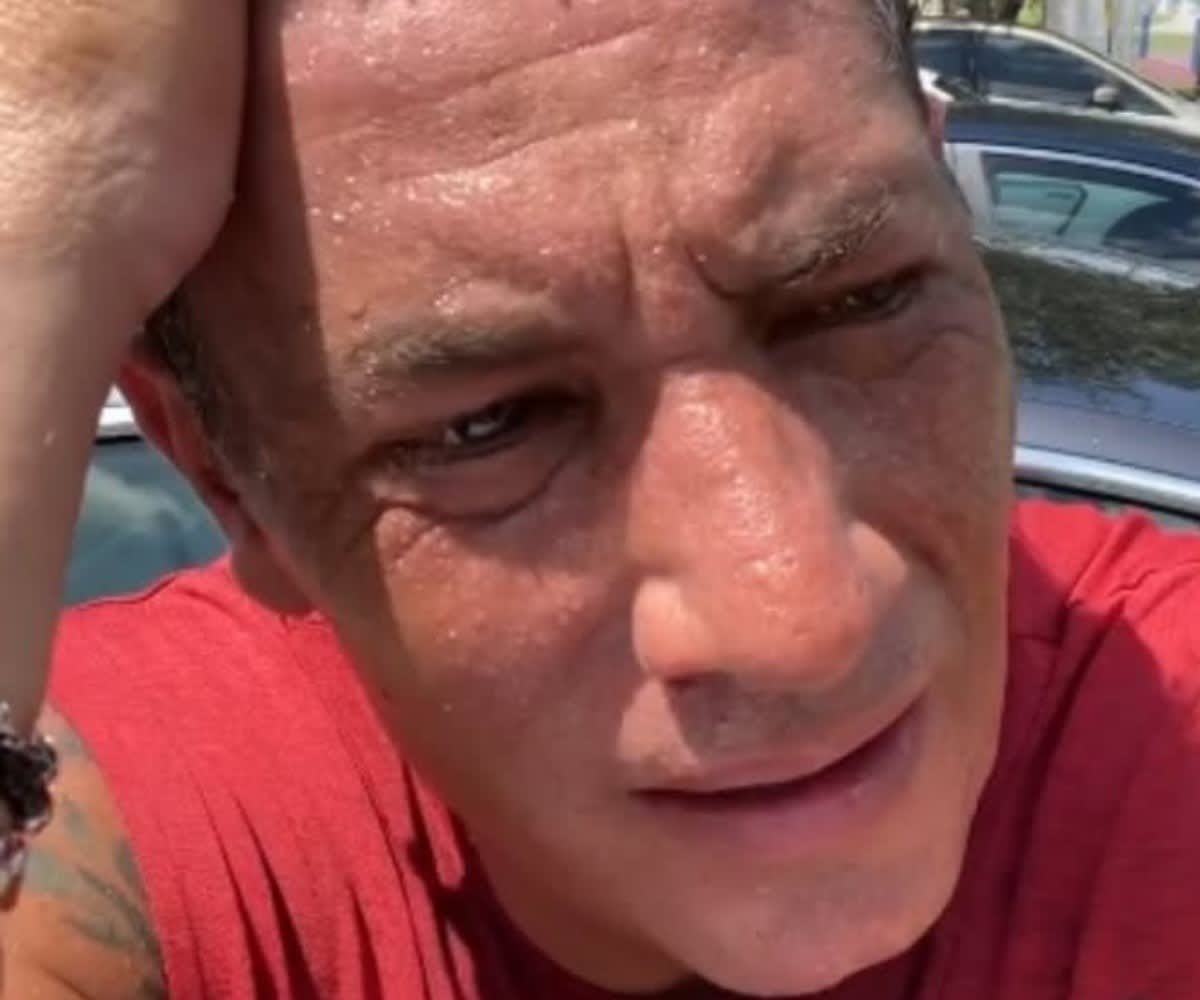 It was through his Instagram account that Fernando shared a video that shows the despair and frustration he feels at the reception given to Maduro upon his arrival in the Mexican country. Even in his post he states that this type of action has him rotten.

It should be remembered that Venezuelan President Nicolás Maduro arrived in Mexico on Saturday morning where he was seen in a vehicle driving to the National Palace. The reason for his visit was to participate in the summit of the Community of Latin American and Caribbean States (CELAC).

Fernando del Rincón, is a journalist, reporter, correspondent and television presenter who has worked for the most important news networks in Mexico and the United States. His career has led him to cover important international events and interview figures from the international political, economic and artistic scene.

In the clip shared by del Rincón he can be seen quite fruity as he had never been seen before, explaining the reasons why he has not been able to sleep well: “I had a very bad night, I did not sleep almost at all, this is life happiness is not always real ”, he began by saying in his video.

He also pointed out that there is a reward for the head of the Venezuelan president. Similarly, he predicted that “more than half” of Mexicans should not agree with the presence of Maduro in that country. Since he considers him a criminal who has been received as a hero in Mexico.

“It is untenable to continue enduring the relationships that Andrés Manuel López Obrador wants to have with criminals fugitives from justice. There are 15 million dollars for Maduro’s head and 10 million dollars for his close circle. I don’t know if it worries them as much as I do, but I’m having a terrible time, ”said the journalist.

Fernando del Rincón devastated Nicolás Maduro: “I notice it a lot, but they don’t always believe”

Later, the Mexican began to remember what Venezuelans and Cubans have experienced in recent years, noting that Mexico is going the same way: “I warn you a lot, but they don’t always believe,” Fernando mentioned in the midst of all the frustration that caused him to have a bad day.

“In Venezuela they did not believe and look where it ended. In Mexico I see the same. Well it goes without saying. Someone who does not mind receiving Díaz-Canel or Maduro, accused of crimes against humanity. The worrying thing is that if it doesn’t bother you that someone like this is with you in the photo, it means that at any time you can act the same, ”said Del Rincón.

After the words of Fernando del Rincón where he expresses his annoyance at the reception of the arrival of Venezuelan President Nicolás Maduro, several Internet users expressed themselves in the post, leaving their opinion on the matter. Many supported the message of the Mexican journalist.

“Well, thanks to the UN and organizations against humanity”, “Venezuelans in Mexico are the same”, “The situation is very unfortunate, I think it would be very sad if Mexico ends up like Venezuela. I am with you and the democratic citizens and I wish the freedom of Venezuela soon ”, were some comments. TO WATCH THE VIDEO CLICK HERE.

“Nothing disturbs you, nothing frightens you, the one that God has, he lacks nothing ‘, I understand your position, which is the same as mine and that of all the decent beings on the planet, the same, to raise your spirits. God bless you every day and thank you so much, for your approach and your position with mine, who are also yours, a strong and maternal hug ”.

“God bless you and enlighten you to go out and solve your day to day satisfactorily. Don’t worry so much, injustices and persecution have always existed. Let’s hope in God that Mexico does not reach that much ”,“ Brother, but if the president of your country has that same Cuban-Venezuelan guideline, that surprises you. They are alligators from the same well, ”the messages of support continued.

Your career as a journalist

Fernando was always interested in pursuing a career in communications, and for this reason he decided to study a career in Social Communication at the Instituto Tecnológico de Monterrey, one of the most prestigious private university institutions in Mexico and the world.

After graduating, he became a reporter for radio and local television in Aguascalientes, Mexico; However, his career would rise rapidly, and a few years later he would position himself as one of the new faces of Mexican national television by joining, first, the Televisa subsidiary in Monterrey and, later, Televisión Azteca, in the who spent a good part of his early years as a presenter and reporter. Filed Under: Fernando del Rincón devastated Nicolás Maduro

Your success on TV

During his time on Televisión Azteca, one of the most important television networks in Mexico, Fernando participated in the programs “Out of the law” and “Duro y directo”, in which he obtained great success and surrounded himself with prominent professionals in the journalism.

Despite his success on said television station, in 2002 he decided to turn his career around, for which he moved to the United States, where he had the opportunity to venture into the program “Primer Impacto”, on the Univisión network, where he was until year 2011, when he decided to start working for the international news giant: CNN, with the program “Conclusiones”. Filed Under: Fernando del Rincón devastated Nicolás Maduro

Among his most outstanding coverage is having been sent to cover the September 11 attacks in New York, a fact that established him as one of the most important reporters in Latin America, and gave him the opportunity to continue broadcasting for the Spanish-speaking public. in historical events.

Some are the death of Hugo Chávez, the earthquake and subsequent tsunami in Japan in 2011 and the presidential elections of countries such as Venezuela, Guatemala, Mexico and the United States. In 2011, he was chosen by People en Español magazine as the best presenter for news in Spanish in the United States thanks to his program “Conclusiones” on CNN. Filed Under: Fernando del Rincón devastated Nicolás Maduro

The presenter has married twice, the first of them being with the Puerto Rican journalist Carmen Dominicci. This marriage lasted a year, and ended in a divorce lawsuit that included accusations of physical abuse against the journalist, which resulted in the dismissal of the presenter of the Univisión network and in a series of allegations where there was speculation about the violent nature of Fernando del Rincón.

Although this scandal diminished the personal and professional aspect of Del Rincón, who found love again in 2014, next to the actress of Venezuelan origin Jullye Gilliberti, whom he met in 2008. On a personal level, the presenter has faced cancer of bladder on two occasions, although to this day he is in remission and continues with his journalistic work in the program “Conclusions”. Filed Under: Fernando del Rincón devastated Nicolás Maduro