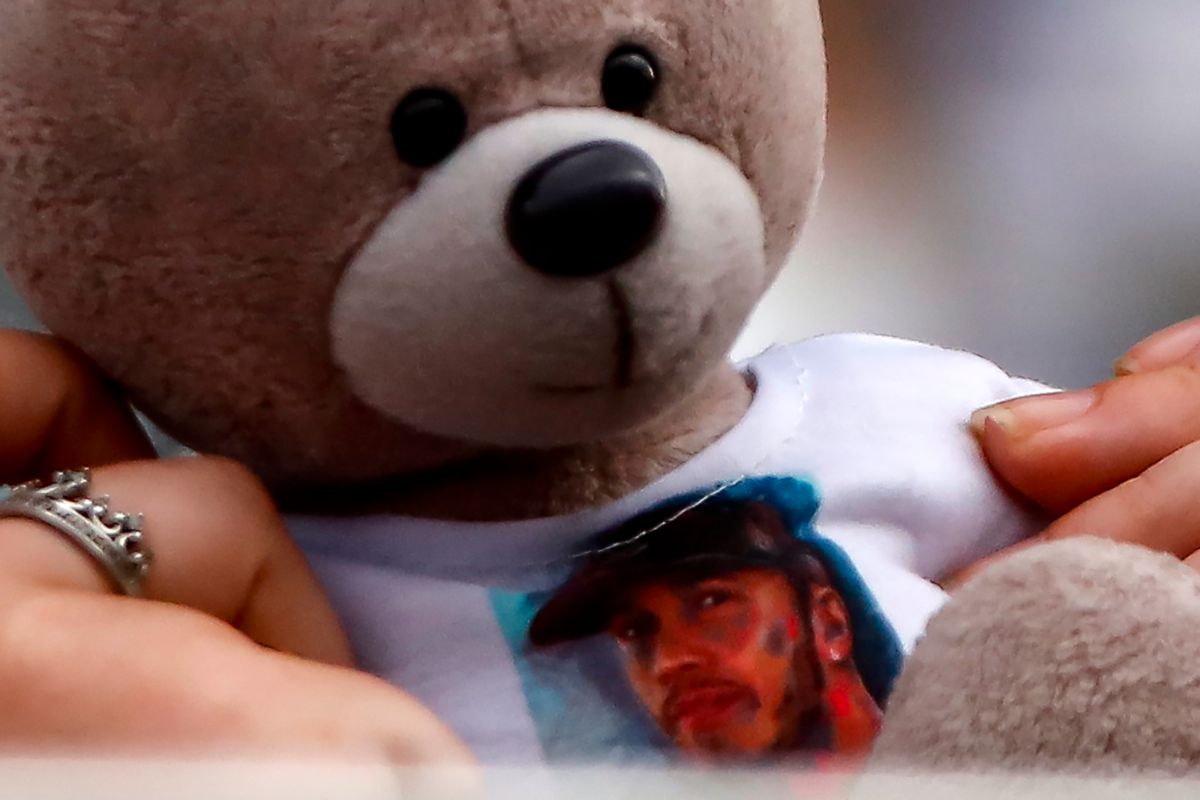 A 6 year old girl that lost a teddy bear she had since she was adopted from an Ethiopian orphanage she thought she would never see him again when she forgot along a trail in Glacier National Park last year.

Teddy was the first gift the girl Naomi Pascal received before she was adopted in 2016.

In October 2020, the Pascal family went on vacation to Montana and during a walk in Glacier National Park, Naomi lost Teddy.

The night snowfall prevented Naomi’s parents from going out to look for the toy.

Terry Hayden, a family friend who accompanied them on their trip, reported the missing stuffed animal to park officials, hoping someone could return it.

“Items that are not worth a lot of money are usually thrown away,” Mazzarisi said. He did not know that the loss of the stuffed animal had been reported, but for some reason he did not dare to throw it away.

Teddy “hibernated” in Mazzarisi’s cabin on St. Mary until the ranger returned to work in April.

In June, Addie Pascal, Naomi’s mother, posted a request on Facebook for help finding Teddy, saying, “He has been by her side through so many situations. But there are many more adventures to live! “

Hayden felt so bad about Teddy being lost that he decided to return to Glacier Park in late September and stopped by to check out potential lost and found sites.

During the search, Hayden and his adult niece spotted a teddy bear in a ranger’s truck and took a photo of it that they sent to the Pascals, who quickly confirmed Teddy’s identity.

The Rangers returned the bear to Hayden along with a ranger badge and hat.

Hayden sent the bear to Naomi, who recovered Teddy 11 months after missing him and also gifted Mazzarisi with another teddy bear, who named him Clover.

Read more
* Ryan Reynolds offers $ 5,000 to help a woman find a teddy bear that plays a message from her mother before she died
* Heartwarming video of an orphaned polar bear who mistakes his mother for a stuffed animal
* Desperately looking for a teddy bear that was stolen from him because he has the ashes of his daughter