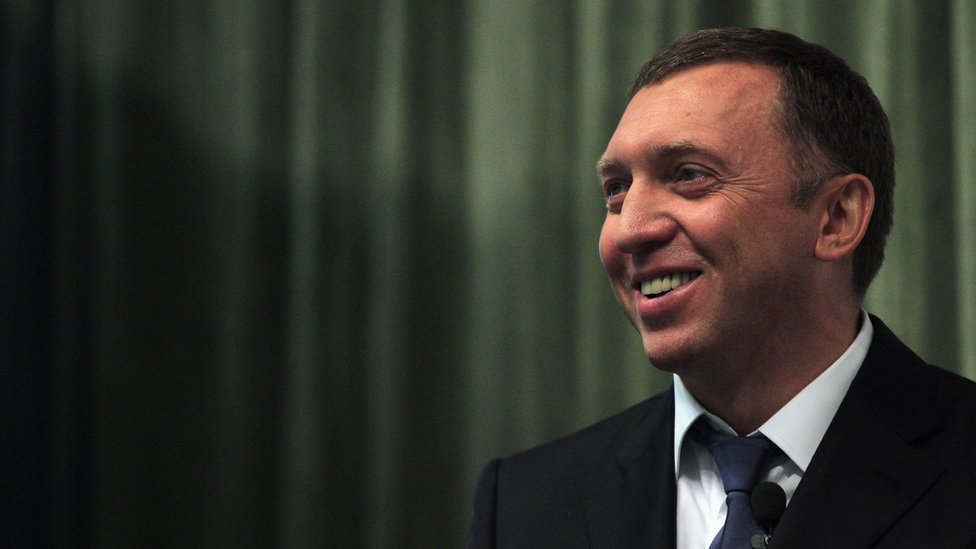 When officers from the National Crime Agency (NCA) arrived at an apartment on May 17 to conduct a search, they quickly realized that this was no ordinary house.

The 650-square-meter apartment, located in one of London’s wealthiest districts, had seven bedrooms with their respective bathrooms spread over three floors, an elevator, a transparent piano in the living room, and a private garage in the basement.

The agents carrying out the raid also noticed that the internal doors did not have knobs: like almost everything in the building, they were controlled electronically.

This was neither a normal property nor was this a normal record. The target was not the owner of the apartment, even though the owner is a sanctioned Russian oligarch. The target was someone whom the intelligence the NCA had received described as a “domestic employee”.

This “domestic employee” had recently received 400,000 pounds (just over US$500,000) in your bank account. It was suspected that this amount was going to be used to maintain the property and pay bills.

And the possibility that the money came from the sanctioned individual meant that there was enough evidence to warrant a search warrant for more evidence.

At first it was thought that the employee would be the cleaning person, but the investigation after the raid targeted a family member. The NCA has not revealed his identity or that of those who have been the subject of the investigation.

This is the work of a new team within the NCA called “Cell K,” with K standing for “kleptocracy,” the term for the system in which rulers use their power to steal the resources of their country.

Your mission is complicate your life -or, as they say, “introduce friction”- the sanctioned oligarchs, billionaire businessmen close to the Kremlin. The BBC has had exclusive access to the work of this team.

More than 1,000 individuals have been sanctioned by the British government, most of them after the invasion of Ukraine in February. Although not all of them have substantial ties to the UK, those Russians who do have assets in the country found that they had been frozen.

These assets are not formally seized by the State, but they cannot be used unless the individual receives a special license from the British Treasury, such as the one granted to Chelsea Football Club, owned by Roman Abranovich, before being sold.

And if anyone knowingly deals in a frozen fund or asset, the NCA can investigate that too.

This is the basis of the searches carried out by “Cell K”, in search of Evidence of Possible Sanctions Violations such as, for example, that a partner or a family member has received money to try to get around them.

For Russians who have transferred money to the UK and bought property – very expensive property that needs maintenance – not being able to pay the cleaner, gardener or driver can make life very difficult.

You also have to pay security guards. A property that cannot be policed ​​because its owner has been unable to obtain a license to hire security could end up like Russian billionaire Oleg Deripaska’s £50m mansion, which was occupied by activists last March when it was found empty.

The investigation of possible violations also opens the way to go after those who provide professional services to sanctioned individuals, known as “facilitators”.

In another raid earlier this month, NCA officers showed up outside the security gates of a large mansion in Surrey, south London, with a search warrant.

After passing through the perfectly trimmed and manicured lawns, and into the house’s lavish reception area filled with fresh flowers and artwork, a man dressed in black was searched.

The man was not the Russian and sanctioned owner of the mansion, a house that has swimming pools, several cellars and a room specially designed to store fur coats at an optimal temperature.

The man they searched is a British man suspected of being the oligarch’s “professional facilitator”, who manages the billionaire’s businesses and properties in her name.

At the home of this facilitator, tens of thousands of pounds in cash were recovered, as well as 1.5 million pounds (almost US $ 1.9 million) in bank accounts, all of them frozen due to the suspicion that they are linked to the sanctioned Russian .

Until now, one of the few cases that had been made public is that of British businessman Graham Bonham-Carter, whose bank accounts were frozen in March on suspicion that they were funds derived from the assets of Oleg Deripaska.

Facilitators may include private bankers, real estate agents, specialized janitors, accountants, and lawyers. All of them are now the target of the K-Cell.which grew out of a team formed after the Salisbury poisoning to target corrupt elites.

“The Kleptocracy Cell doesn’t come out of nowhere,” says Steve Smart, director of intelligence for the NCA.

“We have quite a bit of experience and are using a wide range of skills, both with covert and open operations, joining forces with the private sector and with other government agencies and departments.”

The NCA is, however, very airtight in revealing exactly where the intelligence on which their investigations are based comes from.

The normal thing is that the security forces consider that an operation is successful if it ends in a prosecution. But the measure of this team is different. get cchange behaviors is valued as much as appearing in court.

NCA agents claim that, according to intelligence services, certain individuals are choosing not to invest funds from corruption in the UK as a result of the work they do.

Facilitators such as lawyers are also beginning to worry about the reputational damage that can come from working with sanctioned oligarchs.

The NCA is also working with real estate agents and keeping an eye on the different ways that are being used to move money from one country to another, also through cryptocurrencies.

“We are investigating facilitators who support transactions by corrupt elites, and we are focusing on the less conventional routes they use to hide the movements of these fortunes, such as sales of high-value assets through auction houses,” says Steve Smart.

This “friction” can also be achieved through a stricter regulation such as making it more difficult to fly to the UK on a private jet, or bringing security officers into the country without the proper visas.

The agents recognize, however, that they face important challenges, and that on many occasions their work will encounter obstacles. “Our targets are very wealthy and some of the most litigious people in the world,” says one agent.

Backed by enormous resources, potentially even those of the Russian state itself, these K-Cell targets could drag the NCA into legal fights that could last decades. “They are highly motivated to protect their fortune, influence and reputation,” says Steve Smart.

The cell is also trying recover lost time. Russian oligarchs have had decades to hide the shady origins of their money and integrate into British life, taking advantage of its lax regulation.

Those days of turning a blind eye might have been replaced by what one source defines as a strategy of “suffocation”But it will take time and patience for the “friction” to erode the deep entrenchment that Russian money has built up in the country.