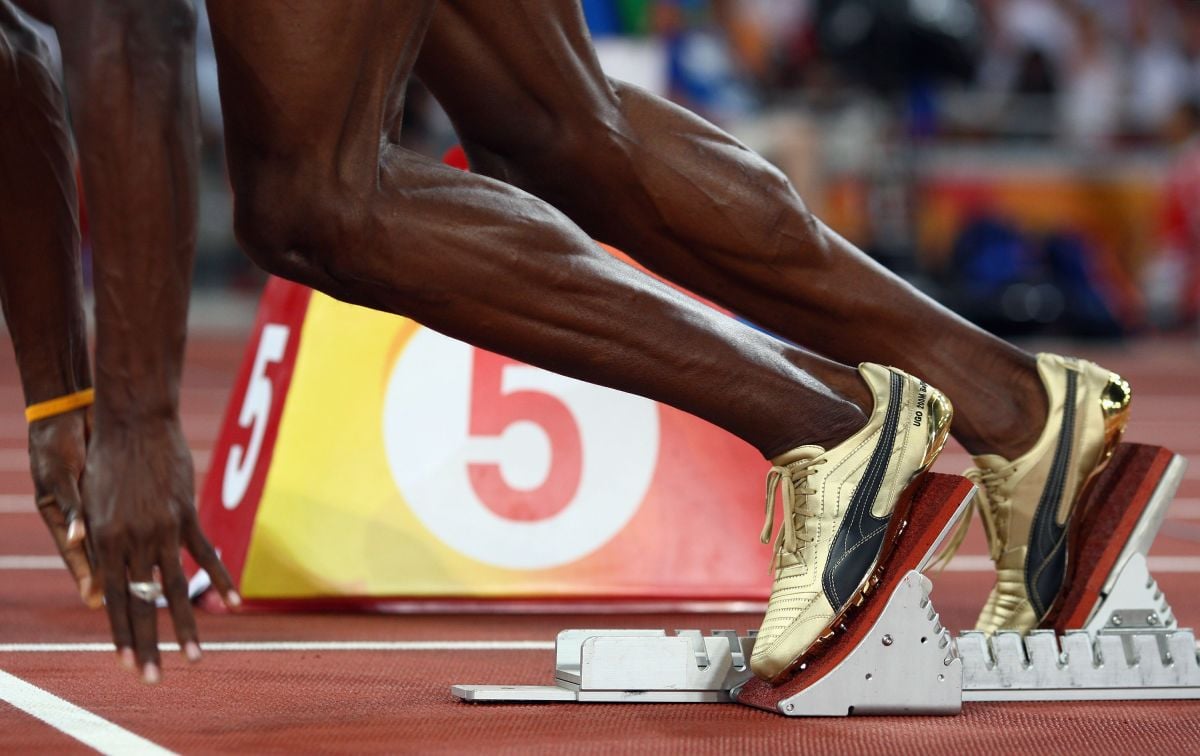 From early on, you can see dozens of people training in the athletics track of one of the sports units of Metepec, in Mexico. Among all of them stands out a group of athletes who run sprints at full speed, leaving behind the rest of the fans while they communicate with each other mainly in Swahili.

Kenyan groups like this are easy to find in neighboring Toluca de Lerdo, west of Mexico City. This place has become his home in recent years, almost 15,000 km from his native country in East Africa.

Despite the enormous distance, Kenyans say that Toluca is not so different to them.

And considering that the vast majority of them are dedicated to athletics professionally, they assure that the capital of the State of Mexico has almost perfect characteristics for them.

“Toluca is good because of the altitude, and it’s not as hot as other places where it costs more to train. Where my family lives in my country is almost the same in height and climate. That’s why it wasn’t hard for me to adapt here, It was like being in Kenya.” says Musa Lemiukei, one of the young runners who arrived in Mexico five years ago.

The highest city in Mexico

Escorted by the imposing Nevado de Toluca volcano, the more than 2,600 m above sea level of this city -the highest in Mexico- they make it ideal for training due to the existence of less oxygen.

This causes the lungs to open, the capacity to transport blood is increased and the body performs more with less effort when returning to a lower altitude.

For this reason, encouraged by the experience of other compatriots, Toluca is the main destination in Mexico chosen by Kenyan athletes who have moved to the country since the late 1980s. to live off the competition prizes.

Many do so encouraged by the experience of compatriots who already live here. Others chose it because of its proximity to the United States, either because they used to live there or because they plan to come to the neighboring country in the future, where settling down as a resident is usually more complicated than in Mexico.

According to Evanson Moffat, who is dedicated to the organization of sporting events, Toluca once welcomed some 100 Kenyans. The majority arrived by previously hiring “a Mexican manager, affiliated with the Athletics Federation”, who is also in charge of the invitation to obtain his entry visa to Mexico, assuming his professional representation in the country. 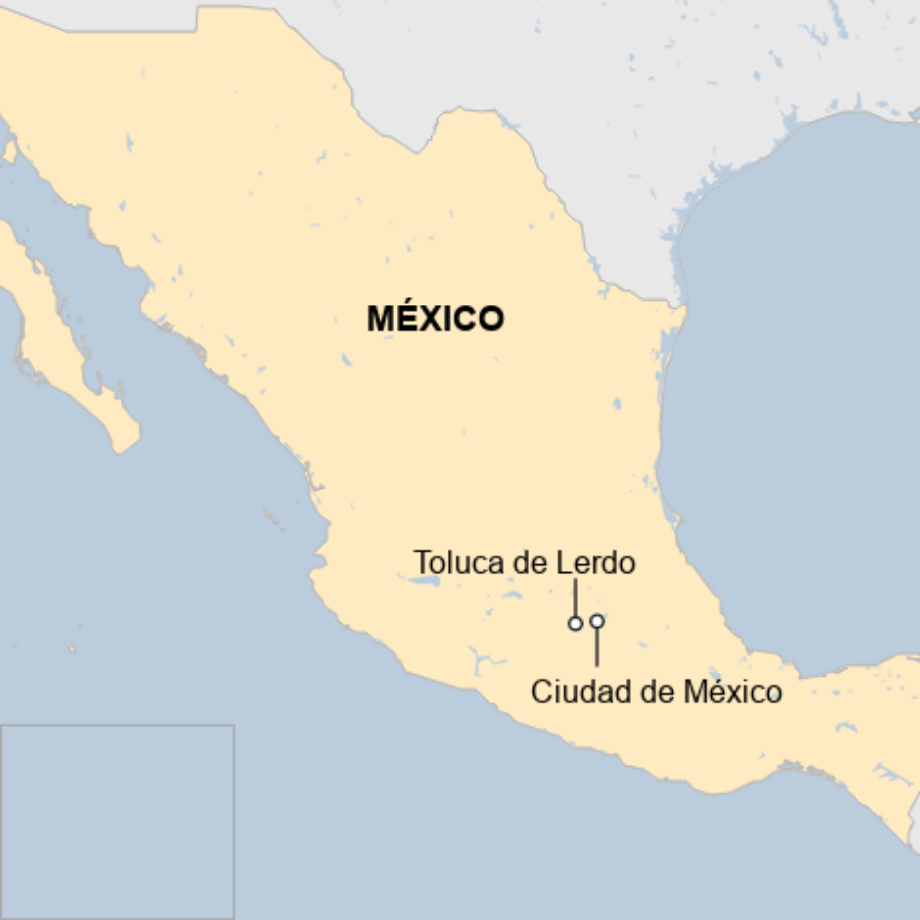 Currently, however, Moffat believes that the number of compatriots in the city will not reach 30.

“The pandemic caused many to leave because they stopped doing marathons and they had nothing to live on. But now we hope they will come back,” the businessman, who moved from Kenya to Mexico in 1998 with the dream of “see a live mariachi” and interested in learning Spanish.

After an hour and a half of intense exercise in Metepec, the group of Kenyans change clothes while chatting and joking with each other.

José Gutiérrez, a young man of only 20 years old who already competes in some events, is the only Mexican who has trained with them.

“I met them at Alameda 2000 [el parque de Toluca donde suelen correr principalmente] and now I accompany you Monday and Wednesday because they are very good. Especially Hillary, although now I think she is no longer running, ”he tells BBC Mundo.

Hillary Kimaiyo, also present in the group, is indeed one of the Mexico-based runners with the most prizes inside and outside the country. In 2011, she broke a record by running the fastest marathon (42,195 km) in Mexican territory with a time of two hours, eight minutes and 17 seconds.

“We live to run and we run to live”the 41-year-old athlete tells BBC Mundo to underline the exclusive dedication they give to their preparation and competitions, to which they plan to return after a time away from the first level.

“Hillary won it all in Mexico,” agrees Rodolfo Obregón, commissioner of road races for the Mexican Federation of Athletics Associations, when asked about the most outstanding Kenyan athlete in recent years.

“At the time, these runners were the great attraction for the organizers. It also sometimes makes the Mexicans not so interested in participating in tests because, being the Kenyans, They think they will have fewer chances…”, adds Obregón in an interview with BBC Mundo.

Kimaiyo has the explanation as to why his compatriots usually top the list of winners in so many athletics competitions: the great distances that they have had to travel in Kenya since they were children to go to school, return to eat, and make the same round trip in the afternoon.

“In total, you could run 30 or 40 km a day without realizing that it was an exercise. Now everything has changed because there are many more private schools, parents take their children by car… You will see that, in the future, you will not see athletes from Africa like us”, forecast.

eliud kipchogealso a Kenyan, revalidated in Tokyo 2020 the Olympic marathon title achieved in Rio 2016 and also holds the world record for the distance with a time of two hours, one minute and 39 seconds.

After training, the Kenyans of Toluca usually meet at one of their houses to have lunch, chat or just hang out.

This time it is Kimaiyo who receives them at her home, where several of them prepare chicken and salad with ugali (a dough made from corn or cassava flour) that they later taste with their hands. “In our country we eat like this,” they explain with a smile.

While having lunch, Lemiukei says that he has not been able to get used to the spicy so typical of Mexico. Nor to tequila because “it is strong”. What was most difficult for him when he arrived was learning Spanish. And what he liked the most, he says, is the friendliness of the Mexican people.

Most of them share small houses to cut costs. “We live by running to win prizes with which we pay the rent and send money to our families,” says the young athlete.

However, the absence of tests during the pandemic caused some of them to have serious economic difficulties. “Until Mexican acquaintances came with a gift of food. It was nice”, remember.

Depending solely on the competitions means an unstable income that depends on the classification and the type of test.

Stay or return to Kenya

Athletics was precisely what united Kimaiyo with his Mexican wife. Both met training in 2011 in a park in Toluca where she ran only as an amateur.

The curious thing is that, without knowing it, they had already seen each other for the first time three years before, when she attended the Mexico City Marathon as an audience and took a photo of who was in first place. She later realized that that winner of the image was her husband.

“We have adapted well despite the different cultures in all aspects,” his wife, Yenie Nava, tells BBC Mundo when he arrives at the house after picking up the couple’s two children from school.

Although the woman believes that Kenyans are generally well received in Mexico, she does acknowledge that at first even her own family was surprised to meet someone “arrived from so far away.”

“When we go to races in small towns, everyone looks and wants to take a picture with him. And when I go with my children down the street alone, sometimes they ask me if they are mine”, Explain.

Apart from sporadic trips to Kenya, the Kimaiyo family’s life project involves staying in Mexico, where Hillary wants to expand the school she opened as a coach and where her children are expected to grow up, whom her mother defines as “80% Mexicans”.

At the end of the meal at home, the group of Kenyans relax by making calls to family and friends or watching television with news from their country. This August there are presidential elections and some discuss about who will be the best option.

Lemiukei, who plans to save in Mexico until he gets a sports scholarship with which he can move to the US to study Political Science, is very interested in the subject.

“The (Kenyan) governments promise a lot and then they don’t. You can’t drive on the roads when it rains, in my tribe women still get married very young and without higher education…”, she says.

“So my dream is to study and go back to Kenya. And maybe be able to be mayor of my city to represent the people and try to improve what is not right there”, he fantasizes with a smile before returning to the house he shares with other runners.

Remember that you can receive notifications from BBC World. Download our app and activate them so you don’t miss our best content.