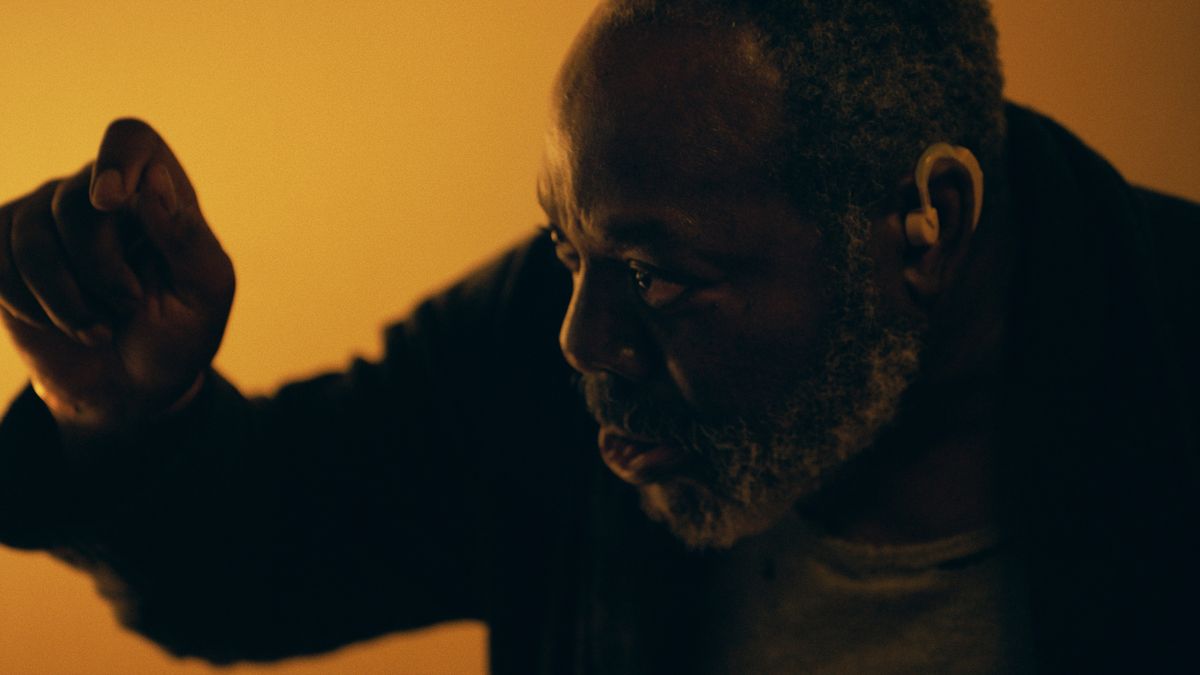 This September 17, “The Killing of Kenneth Chamberlain,” a film that addresses the problems of racism in the United States criminal justice system, will premiere in select cinemas across the country and on cable television channels. The executive producer is renowned actor Morgan Freeman.

The film is based on the true story of the murder of Kenneth Chamberlain Sr., a 68-year-old African-American veteran who suffered from bipolar disorder and accidentally activated a device to call for medical assistance. A group of police officers from White Plains, New York, went to his apartment to check if he was okay, but mishandling of the situation led to a confrontation that killed Chamberlain in November 2011. In 2012, a major The jury refused to press charges against the agents who participated in the events.

Written and directed by David Midell, the film directly and forcefully addresses the problems that have led to the country’s African-American and Latino communities being frequent victims of extrajudicial killings at the hands of the police.

The film has already successfully debuted by winning both the Jury Prize and the Audience Award (the top two awards for Narrative Films) at the Austin Film Festival, as well as many other awards at other festivals around the country. “The Killing of Kenneth Chamberlain” was one of the top 10 festival films of 2019, according to the Austin Chronicle, and one of the top ten films of 2020, according to Christy Lemire of RogerEbert.com.

Featuring a distinguished cast including Tony Award nominee Frankie Faison (“The Wire,” HBO’s “The Silence of the Lambs”), Tony Award winner Anika Noni Rose (“The Princess and the Frog” , BET’s “The Quad”), and NBC’s LaRoyce Hawkins (“Chicago PD”), the film’s performances and theme have already attracted the attention of social justice groups and viewers who have had the opportunity. to see the movie in different parts of the country.

Midell’s work as a special education teacher and therapist has strongly influenced the stories he presents on screen. Midell was recently nominated for the Someone To Watch award at the 2021 Independent Spirit Awards ceremony, which honors filmmakers “whose unique vision has not yet received proper recognition.” Shortly before the premiere of “The Killing of Kenneth Chamberlain”, Midell gave the following interview:

There are many cases of police brutality across the country, why did you choose the murder of Kenneth Chamberlain for your film?

This case interested me for many reasons. First of all, because as a special education teacher I worked for many years with people with mental disabilities, for whom I have great empathy, and I learned that when there are difficult situations we must know how to reduce tension. On a personal level, I identify as autistic, and for that reason I have wanted to tell stories that raise the question of how we treat the most vulnerable people in our society, particularly those with mental health problems. As I heard and read about the Kenneth Chamberlain case, I realized that the police officers involved were not trained to handle a crisis like the one they faced. Furthermore, I come from a family where many of my uncles and cousins ​​work in the agencies of the order or are policemen. After having discussions with them on those issues, I was surprised that they often avoid acknowledging that race and mental health are factors that can affect the way the criminal justice system treats people.

What is the contribution of your film to the debate on systemic racism and the criminal justice system in the United States?

What I hope is that with the film we can spark the conversation about how race, someone’s state of mental health or even their social class influences the fact that the police associate them with some type of crime. It is possible that this is why the police officers who came to Kenneth Chamberlain’s apartment reacted the way they did. I hope the film demonstrates the urgent need for changes in our criminal justice system. That does not mean taking funds away from the police, it is more about reallocating funds to different departments. For example, police officers do not necessarily have to respond to a mental health wellness check call. It would be best done by a team of social workers trained to do so. We have discussed this with the Chamberlain family and their perspective is that if, instead of the police going to Kenneth Chamberlain’s apartment, social workers had gone, chances are he would still be alive.

What are the main changes that, in your opinion, should be implemented in our society to prevent these types of tragedies that affect not only African Americans but also Latinos and people with mental health problems?

I’m not an expert or a sociologist, but after having made this movie and researching the subject, I think one problem we have is the way that police departments recruit their officers. If one searches the internet for “police recruitment video”, one can have access to many videos on YouTube in which it is seen that some departments emphasize that they are looking for agents with aggressive personalities, ready to go to a war zone and show in detail the weapons and the equipment they have. Others, on the other hand, emphasize that it is important that candidates have characteristics such as empathy and that they can remain calm in crisis situations. I think it’s important for cities to consider what kind of people they are trying to attract to those jobs.

Why do you think the film has received so many awards at the festivals where it has been screened?

We have been very fortunate with the awards we have received. I think it’s because we set the tone of commitment to the Chamberlain family from the beginning. They participated in the entire process of the film, from the script to the choice of the cast. And all of us who worked on the film were very responsible, they did their best. No one did it for the payment he was going to receive but for the commitment to the Chamberlain family.

What was the biggest challenge you had to direct the film?

The most important was the responsibility to make the film well, since it is a complex subject that deals with racism and the criminal justice system. There is no easy solution to the problems that arise. One of the most complex things was designing the movie in a way that people can understand how these kinds of tragedies happen. In the film we don’t present things in black and white. We do not demonize any of the characters nor do we turn them into angels. We simply present them as human beings who are making minute-by-minute decisions and some of those decisions have truly tragic consequences. In the film you can clearly see that the police officers are reacting to a situation that they created themselves.

How could your movie be classified?

It’s a docudrama. We wanted the audience to feel like they were standing there, in front of Kenneth Chamberlain’s apartment. But it is not a documentary, it is a fiction film based on real events. We try to capture the spirit of what happened, there are real characters and other fictional characters like the policemen. We do not use the real names of the agents. However, the dialogues and actions are based on or inspired by the documentation that exists on the facts.

What do you think of the personification of Frankie Faison as Kenneth Chamberlain?

Everyone who has seen the film recognizes Frankie’s great commitment to his role. He is a well-known actor with extensive experience in the film industry for decades. The footage from the film really resonated with him, and his extraordinary acting proves it. And I think after meeting Kenneth Chamberlain Jr. personally, he felt a great responsibility with the story, he got really into the character and the result is that his performance is very emotional and moving. Frankie is also a very generous human being, he never demanded anything, he is the most professional actor I have ever worked with.

Do you think the movie could help bring justice to the Chamberlain family?

There have been very positive developments recently, not directly because of the movie but at the same time that we are promoting the premiere. The Chamberlain family has been seeking justice for 10 years. A few days ago the Westchester County District Attorney announced an independent review of the events that led to the death of Kenneth Chamberlain.

and of another person who the police also killed under controversial circumstances. That’s very good. And about a year ago, in June 2020, a three-judge panel threw out a judge’s decision allowing officers from the White Plains Police Department to face no legal consequences. I think there is the possibility of a civil lawsuit, which is also very positive. We hope the film inspires conversation on these topics and that there will be more changes.

What does it mean that Morgan Freeman is involved in the movie?

It is a great honor to have an actor of the stature of Morgan Freeman, and his team of Lori McCreary and Gary Lucchesi of Revelations Entertainment, serve as executive producers on the film. Your participation in the promotion will be key because it will help us to amplify the message we want to spread.

Why do you think it is important for people to see your movie?

It is not an easy movie to watch, but I think it addresses very important questions about the criminal justice system and how law enforcement agencies treat minorities and those who face the challenge of suffering from mental illness. Although we are very divided between Republicans and Democrats, between those who defend the police and those who defend the lives of African Americans, the film is not controversial. In the theaters where it has been shown so far, we have seen that the film moves people and encourages them to have conversations about the changes that are needed to improve the police and criminal justice system.

The movie can be purchased on iTunes at this link.