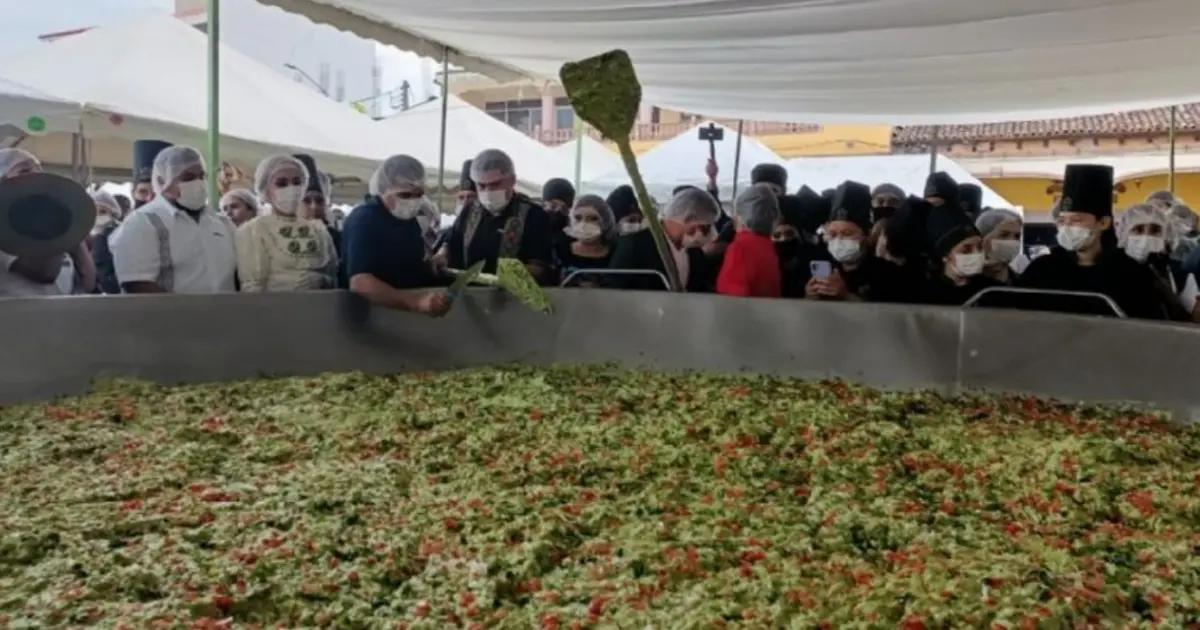 Michoacán has broken a Guinness Record for the “World’s Largest Guacamole.” It was this Sunday, November 20, when hundreds of Michoacan producers decided to unite for the same purpose, to create this delicious Mexican sauce on a scale.

As we inform you in American Post News, in the municipality of Peribán, they prepared guacamole that reached a weight of 4,970 kilos, thus becoming part of the recognized Guinness Book of Records.

Specifically, the events occurred at the Expo Aguacatera 2022, since they decided to tell the jurors so they could verify that they were indeed beating the record but in 2019 when the Metlife Stadium had won it in the United States.

How was the guacamole from Michoacán that broke the Guinness Record prepared?

To make this avocado sauce, 10 tons of avocado harvested in Peribán were used. Now, the avocado-producing sector and the municipal authorities hope that with this great achievement, they will become known internationally.

“Our main goal is to position Peribán, which is known but not internationally. We want people to know that avocados of the best quality and flavor are produced in Peribán,” said the representative of the Expo Aguacatera

Given this, the citizen Mercedes Cervantes, who is the president of the Organizing Committee of the first Expo Aguacatera 2022, emphasized that the result was very good for Peribán, that they have surpassed themselves, and that their current goal is to position themselves at an international as the best avocado producers.

Did the Guinness Record jury travel to Michoacán?

It is important to note that the Guinness World Records jury did not travel to Michoacán because they did not know if they would break the record or travel in vain. But the whole process was recorded and transmitted in real-time so that the jury could attest and give faith and legality that they were indeed breaking the record.