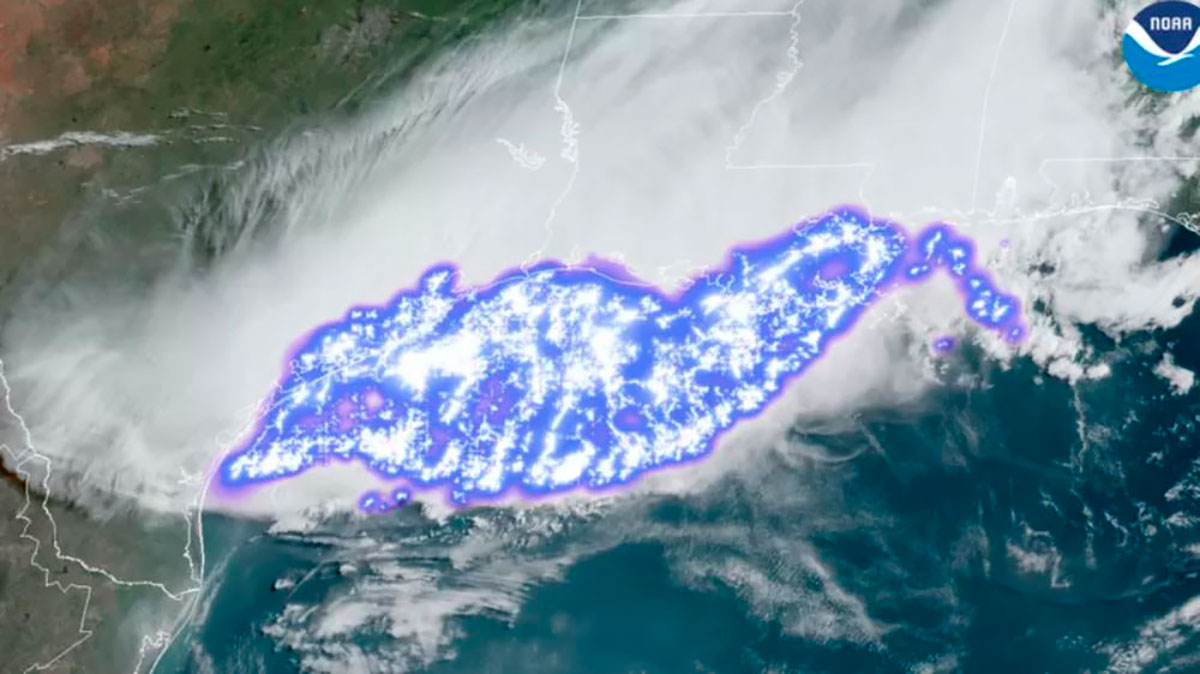 A 767.6 km long lightning strike that lit up the sky in three US states has set a new world record, scientists confirmed.

The previous record of 709 km had been registered in Brazil in 2018.

In 2020 another discharge in Uruguay and Argentina marked the duration record with 17.1 secondssurpassing the previous record of 16.7.

“These were not isolated events”

According to the WMO, both records took place in areas prone to intense storms that produce “mega lightning”, such as the Great Plains region of the United States and the La Plata basin in the South American Southern Cone.

Professor Cerveny assured that it is likely that new records are set in the future thanks to advances in lightning detection technology from space.

The WMO warned that lightning is dangerous and urged citizens in the aforementioned regions and around the world to act with caution during storms.

“These extremely large and long-duration lightning strikes were not isolated events. They occurred in active thunderstorms,” ​​lightning specialist Ron Holle said in a WMO statement.

“Every time you hear thunder you have to take shelter in a safe place.”

The “extreme lightning strikes” so far recorded by the WMO include an event in 1975 in which a single lightning bolt killed 21 people who were inside a tent in Zimbabwe.

In 1994, 469 people died after lightning struck a fuel depot in the Egyptian city of Dronka, causing explosions and a massive fire.

The WMO points out that the only lightning-safe constructions are buildings, unlike structures such as bus stops or bus stops.