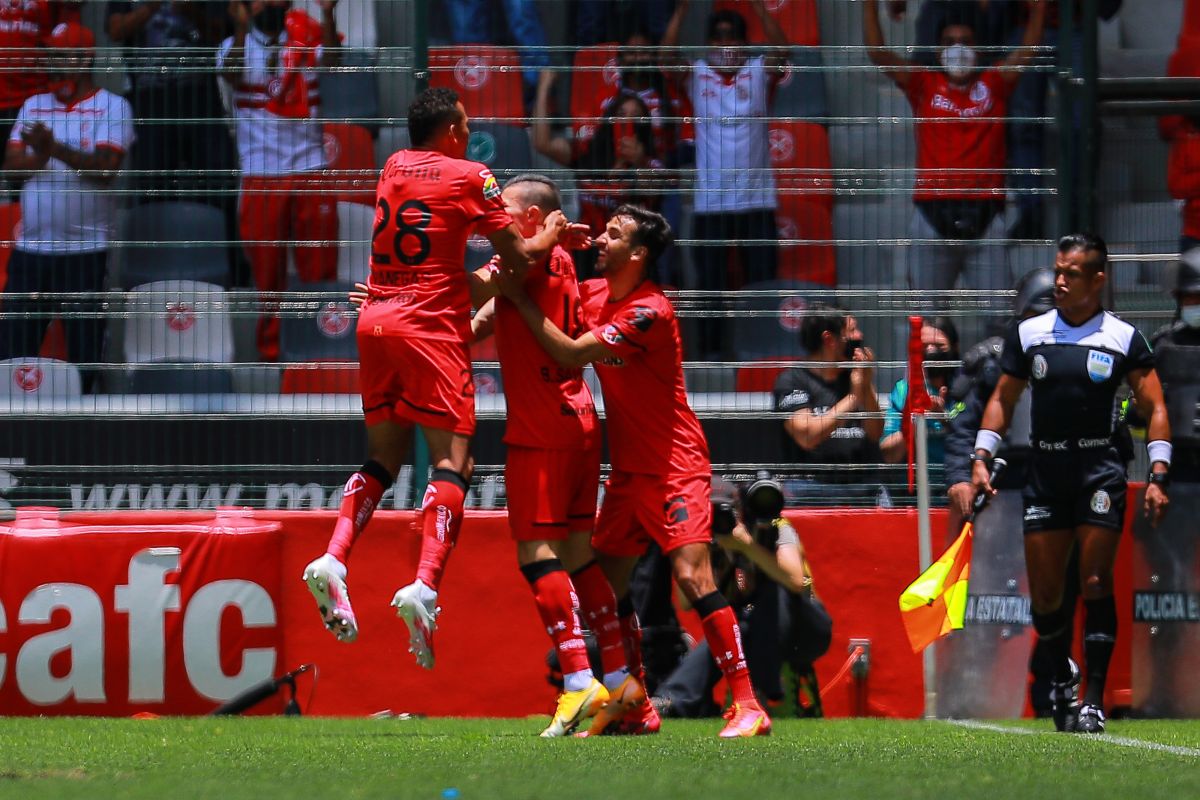 The leader Toluca will get into the house of the champion Cruz Azul next Saturday, in one of the most anticipated duels of the fourth day of the Apertura 2021 of Mexican football, which will start this Thursday with San Luis-Necaxa.

At the Azteca Stadium in Mexico City, 2,240 meters above sea level, The Devils of the Argentine coach Hernán Cristante will try to maintain their perfect pace against a rival who comes from less to more but this Wednesday he will play in the Concacaf Champions League and it remains to be seen if he recovers.

The Devil is still undefeated in the # ScreamMexicoA21!#SomoselToluca 🇦🇹 pic.twitter.com/GITkMpuAEQ

With Argentines Rubens Sambueza, who at 37 years old remains in great shape, and Pedro Alexis Canelo, Toluca will go out to do damage against a Cruz Azul that will recover several of their absent players at the start of the championship.

It will be a match surrounded by expectations because Cruz Azul improved last weekend when it beat Necaxa and, with most of its starters available to play, it will be a good adversary to test the real level of Toluca, which adds triumphs against Juárez FC, Tigres UANL and Tijuana.

Matchday four will start with San Luis, Atlético de Madrid branch, in his stadium before the downcast Necaxa.

Led by Uruguayan coach Marcelo Méndez, San Luis has two victories, a draw and seven units, and is in second place, with a better goal difference than Mazatlán, América and Atlas, with the same number of units.

From the hand of the Spanish strategist Beñat San José, Mazatlán has been one of the revelations at the start of the season; He is third in attack and defense and will try to confirm it on Saturday when he gets into the home of León, sixth in the table.

Led by Argentine Santiago Solari, America will visit Atlas on Sunday, which intends to take advantage of the fact that the Azulcremas will play on Thursday in the Concacaf Champions League and may not be rested.

Coach Miguel Herrera’s Tigres UANL were beaten 3-0 this Tuesday by the Seattle Sounders in the Leagues Cup and will try to recover from the humiliation at Puebla’s home on Friday, when Juárez FC host Tijuana.

Saturday Pumas will host Querétaro and Monterrey will host Pachuca and on Sunday Santos Laguna will play in their stadium against Chivas de Guadalajara, in the other parties