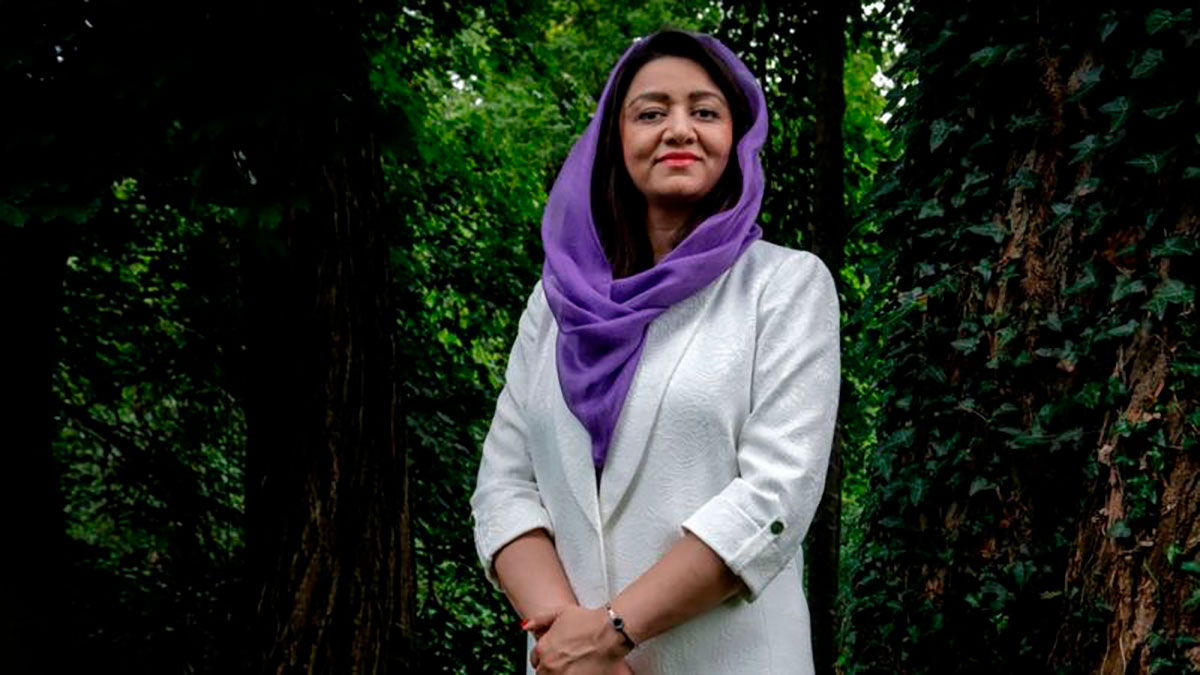 The rapid seizure of power in Afghanistan by the Taliban continues to raise questions.

While the direct protagonists blame each other, the Taliban try to clean up the world’s image of cruelty of them.

This Tuesday, the former ambassador of Afghanistan to the United States, Roya Rahmani, He shared with the BBC’s Newshour program his perspective on seeing the government he represented from 2018 to last July defeated by the Taliban in Washington.

“To say that the Afghan security forces were not willing to fight is not true or fair,” said Rahmani referring to the US president, Joe biden, which on Monday directly blamed the Afghan government for not fighting the Taliban.

The diplomat said that Biden has the right to defend his decision and express his position, but said that the problem fell on the country’s leaders.

“There was a problem with the Afghan leadership: lThe leaders surrendered and told the security forces not to I know would resist“, He assured.

“That was the reason why what happened happened.”

Rahmani said that he has received information indicating that during the “last weeks”, the Afghan military “continuously received calls from Kabul asking them to surrender when they requested support, ammunition, air support or food supplies.”

“They were not provided,” emphasized the former ambassador.

“But I think that even if our security forces had resisted, this would also have happened because of other factors such as fear, the total failure of the Afghan leadership and also because of the lack of commitment and consistency of international partners“.

“It would have happened, but not at the speed we saw,” Rahmani said.

Should the Taliban government be recognized?

For the former ambassador, the recognition of the US and other Western nations of the Taliban government should depend above all on human rights.

“You have to see what the Taliban are going to do. Right now, the good news is that, at least in Kabul, they have not committed atrocities, they are not killing people, they are not torturing or imprisoning. They are not doing what they used to do in 1996, ”he said, comparing with the seizure of power by radical Islamists in the 1990s.

“If they stay in that position – and I’m not so sure they will – and try to form an inclusive government, in which they respect women’s rights, but not on their terms but on international and acceptable terms for women. Afghan women, then yes I should recognize ”.

“Why not recognize an inclusive government in Afghanistan, representative of its people and their well-being?” He asked.

Roya Rahmani concluded by saying that she would “absolutely” agree to work for the Taliban-formed government if her services were necessary.

And he clarified that he does not believe that the Taliban have changed, that it remains to be seen what comes next.

“The initial signs are somewhat positive. I am very, very cautiously optimistic that they will respect the will of the people, their dignity and their hopes and wishes. ”