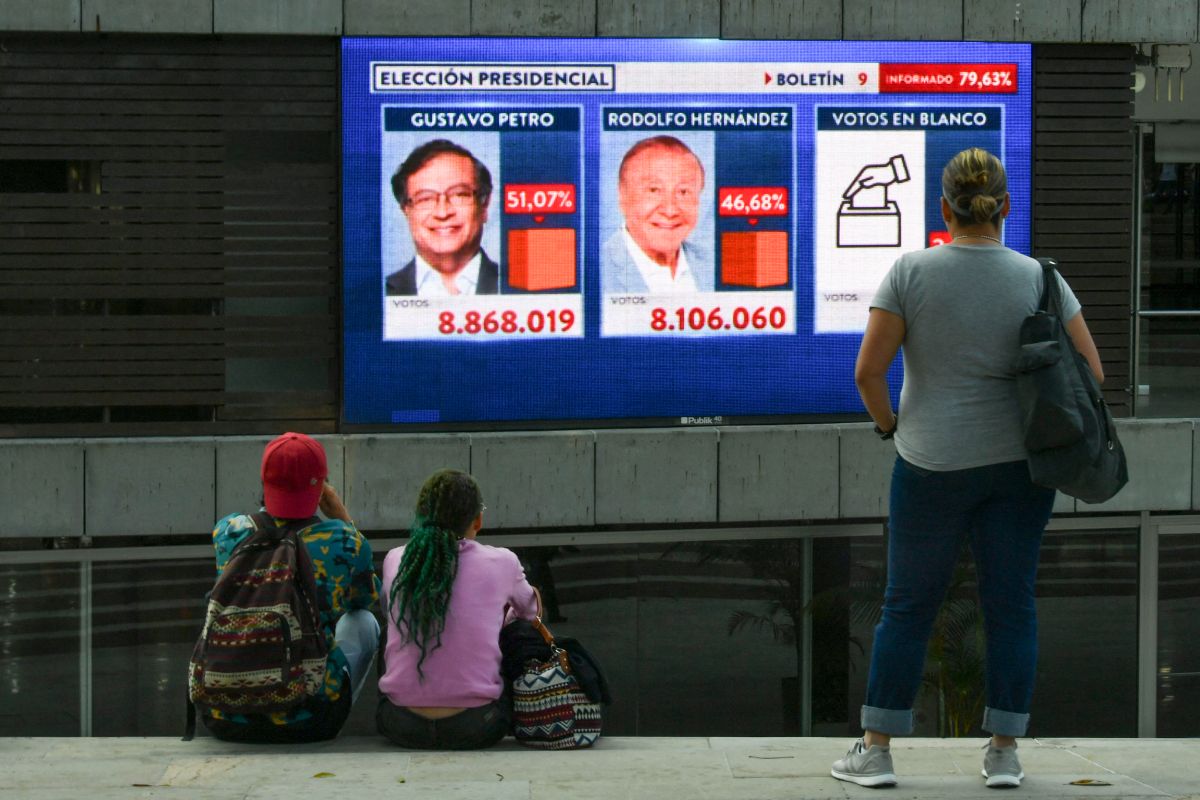 The left will win the presidency of Colombia for the first time after the triumph obtained this Sunday in the second electoral round by the former guerrilla and former mayor of Bogotá, Gustavo Petro.of the coalition Historical Pact.

The now president-elect of Colombia, assured after winning this Sunday in the second round that “today is a holiday for the people” and dedicated his victory, which he described as “the first popular victory”, to the citizens.

“Today is a holiday for the people. Let him celebrate the first popular victory. May so many sufferings be cushioned in the joy that today floods the heart of the Homeland. This victory for God and for the People and their history. Today is the day of the streets and squares”, said Petro, who was mayor of Bogotá between 2012 and 2015, in a message on Twitter.

Petro’s advantage over Hernández is 716,890 votes, which is equivalent to 3.24%, higher than what the polls of voting intention predicted, which predicted a technical tie, some of them with less than a percentage point of difference.

In this way, Petro, a 62-year-old economist, will succeed the president of Colombia, Iván Duque, from next August 7, and will govern in the period 2022-2026.

“We finally won! Congratulations to the new president of Colombia @petrogustavo and to the new vice president of all Colombians, @FranciaMarquezM! “, She wrote on her Twitter account. Twitter the mayor of Bogotá, Claudia López, the first authority to react to the electoral result.

Also read:
· Colombia: voting and respect for the media
· Egan Bernal believes that Gustavo Petro is about to lose the presidency of Colombia and the candidate’s daughter responded
· The empty chair in Colombia: what does the symbol mean (and what does it say about the bidding of Iván Duque and Claudia López)