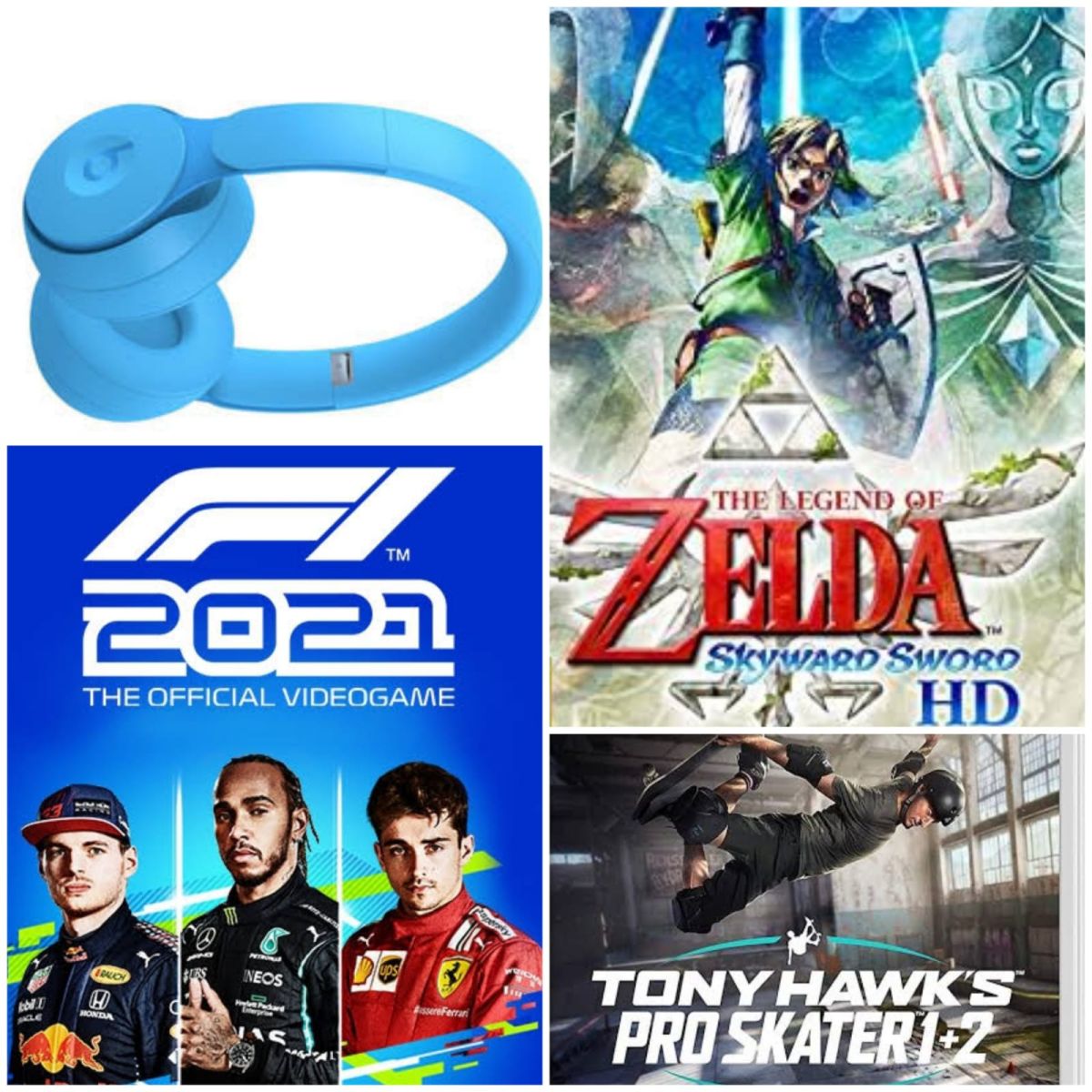 The Legend of Zelda Skyward Sword HD, F1 2021, Tony Hawk’s Pro Skater Switch Y Beats Only Pro are the titles we are talking about this week, improve thems video games and gadget that no matter what console have or what genre you prefer, we will review you so if you are a fan we have something for all tastes and so you can make a good choice.

It is an adaptation of the game we saw 10 years ago in Nintendo Wii with enhanced HD graphics, with controls adjusted to the hybrid console and of course we can play wherever we go.

We already know the story, we will have to beat Ganon and save Zelda in a world where the wind plays a leading role.

Although many consider it as one of the most soulless titles in the franchise, the truth is that over the years it still seems to me a game that fans of any genre should play.

The only detail is with the control that sometimes when using it with the buttons (something that was not done with the original at all) is somewhat uncomfortable, so playing it in the portable option is not as enjoyable as doing it with the actions by movement .

Although it is a great title, the players who had the opportunity to enjoy it at the time want them to release more things than just adaptations. Lor that means that those who have not tried it, this is the time to do it, exclusively for the Switch.

For the second year in a row, lovers of this car competition should know that we are facing a very good update of the franchise. Epic graphics, realistic gameplay and a series of drivers and tracks to enjoy make F1 2021 stand out from its predecessors and the competition.

The biggest novelty is the mode Story Mode, Braking Point, where players experience what it is like to qualify from Formula 2 to place in Formula 1, with visual and audio enhancements that will make you feel like you’re in the real race.

We have the possibility to participate in Esports where we can compete with players from all over the world. It’s certainly a must-have game if you’re into racing, available on Ps4, Ps5, Xbox Series X / S, One, and PC.

Two of the best games of all time come to the hybrid console so you can enjoy them both at home and wherever you go.

With improved graphics and new skateboard talents, there are countless tricks to do and places to do them, and we can create our own own skateboard to give it a unique touch, this with an infinity of possibilities that could not before, and you can even make your own scenarios.

It has all the professional “skateboards” that we could use in the original titles, which gives it a huge possibility of tricks to learn since each one has its own abilities.

We also have the possibility of playing online and local, in addition to the story mode where most of the collectibles are, which by the way are almost impossible to obtain. In short, though graphically it is not as spectacular as the other versionsIf we put that aside, it is a great title that fits the console perfectly.

It is one of the best options for music lovers because they have a noise cancellation option, which really shows, that is, an immersion in what you want to listen, as they have rarely seen.

It is noteworthy that they are automatically activated from their sleep state just by deploying them. Its design is very friendly to the eye and more in the case of the special edition of the Pharrel Williams.

As for the audio levels, it is not necessary to turn it up much because it has very high quality, not to mention how well the audio works. Noise Cancellation.

You also don’t have to worry about its durability since unlike other high-end products, they will not break with the slightest effort.

The detail that we find is its poor compatibility with the Android APP, and that their grip is so strong, that after a while of wearing them your head could hurt. If you like headband headphones, these are definitely recommended.