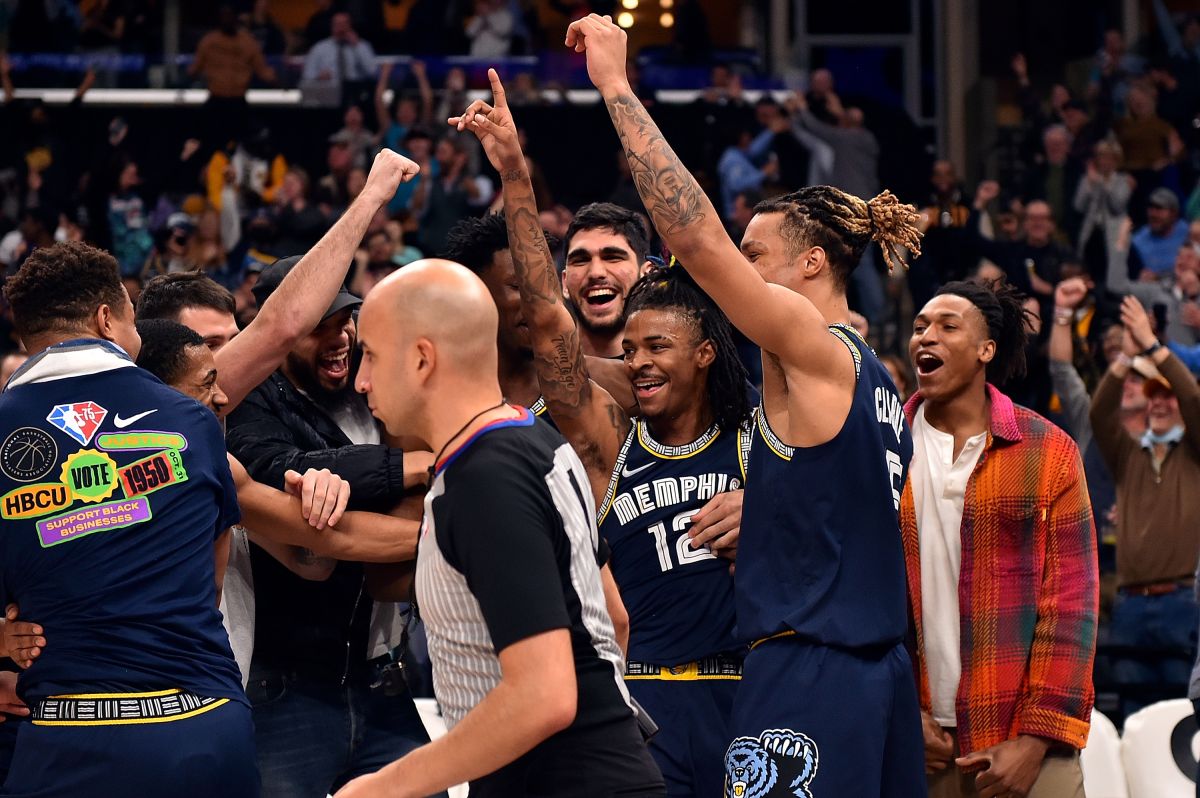 Memphis Grizzlies player, J. A. Morantevery day he consolidates himself as one of the best players in the NBA and this Monday he made it clear again in the match against the San Antonio Spurs by achieving dunk the ball with only four tenths on the clock.

It was the end of the second quarter in the partial victory of Memphis 66 to 58 and 0.4 seconds left, when a throw-in by Steven Adams ended up in the hands of JA Morant and with it he propelled the ball towards the rimin a basket worth admiring again and again.

In a closer shot, it can be seen how the point guard barely receives, he throws the ball even with the mark on top of San Antonio player Joshua Primo.

The basket blew up the Grizzlies bench as well as the fans present at the FedExForum in Memphis.

And if that was not enough, the show continued later for JA Morant when he made a spectacular dunk against the lanky 2.16 meter center, Jakob Poeltl.

At the end of the meeting, the star ended up breaking records by scoring 52 points and becoming the leading scorer in a Memphis gamesurpassing his own record of 46 units achieved last Saturday.

In fact, the badge was the only team in the NBA that did not have a game in which a player scored at least 50 points, until now.

This meeting further ratifies JA Morant’s candidacy for Most Valuable Player in the current NBA season, where accumulates an average of 27.6 points per game.

LeBron James on playing with his son in the NBA: “Wherever Bronny is, I’ll be there”