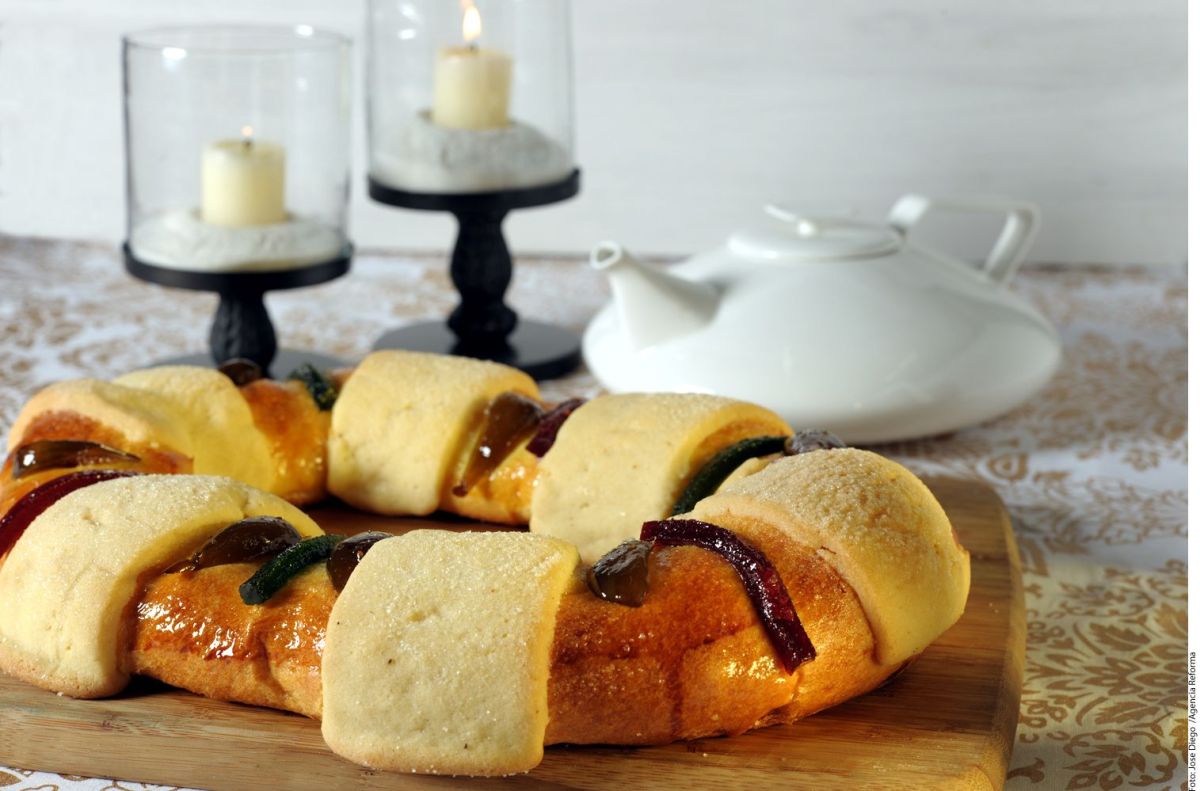 Enjoying a fluffy slice of Rosca de Reyes is not only a sweet treat that we have the opportunity to enjoy once a year, It is the celebration with which the Christmas festivities are ended and in which families meet on January 6 to split the thread. However, this bread with soft, fluffy and sweet dough, actually hides ancient legends that are mainly related to Rome and France. Therefore, it is a European custom, which over the years has evolved and adapted to the lifestyle of each place. Although it is undeniable to say that it is an exquisite sweet bread, it is also very interesting to know about its history and symbolism. So before enjoying a delicious slice of donut, be sure to learn more about one of the most iconic gastronomic traditions that have been around the world.

On the one hand, the history of the Rosca de Reyes it dates back to Ancient Rome around 217 BC. C, when they celebrated “Las Saturnales”, festivities in honor of Saturn, god of agriculture, which began on the 17th and lasted until December 23 as a way of gratitude for the crops, and also received the beginning of the winter solstice. The Romans gave each other gifts and prepared round loaves in the dough of which figs, dates and honey were mixed.

There are also references that position it as a tradition that originated centuries ago in France. It turns out that the French aristocracy very much enjoyed sharing, on the feast day of the Epiphany, a bread very similar to the current rosca de reyes, named “Gateau de roi” where a dry bean was placed in the dough; the person who touched the piece with the bean was named “The King of the Bean” and during that day he was the protagonist of a great party where people drank and ate in abundance. Louis XV’s pastry chef, who was made king at the young age of 5, prepared a very special gateau de roi for him. In which the bean was substituted for a gold medallion, hence the tradition of hiding a prize in this bread, even if it was not a gold medallion.

The truth is that the thread is much more than a delicious bread with beautiful decorations, it actually has a very special meaning since symbolizes a biblical passage known as Epiphany, in which the Magi met the child god.

Regarding its unquestionable popularity in Mexico, it is known that it is a tradition that arrived at the time of the conquest. And in a way the rest is history, since It has become one of the most emblematic celebrations of the Mexican people. In fact, in Mexico it is a very important date for all bakeries, from the smallest and most local, to the large chains and more gourmet establishments. Today the offer of Roscas de Reyes is fascinating, and creativity has played a fundamental role in the creation of the most succulent and attractive bagels with new elements such as fillings and special garnishes.

According to beliefs its oval shape represents the infinite love professed for God; another interpretation is attributed to its similarity to the crowns of the Magi. Among the genius that encompass this beautiful and ancient tradition, it is known that the dried fruits that are used to decorate such as figs, cherries, oranges, lemons and pineapple, they symbolize the grace brought by Jesus Christ. Meanwhile, others point out that they are the jewels of the kings that signify love, peace and happiness. For obvious reasons, years later the recipe was perfected and they changed the use of the bean for a figure of the baby Jesus, which in the past was made of porcelain. The child God is placed inside the thread and symbolizes when Joseph and Mary hid Jesus from Herod.

The truth is that it is not clear at all, the moment in which these dolls began to hide inside the thread; However, urban legends say that some people have been able to swallow the figurine or hide it in order to avoid the commitment that tradition dictates. And which gives way to Candlemas Day, where the godparents must make a robe for the child Jesus, dress him up and give diners atole and tamales on February 2.