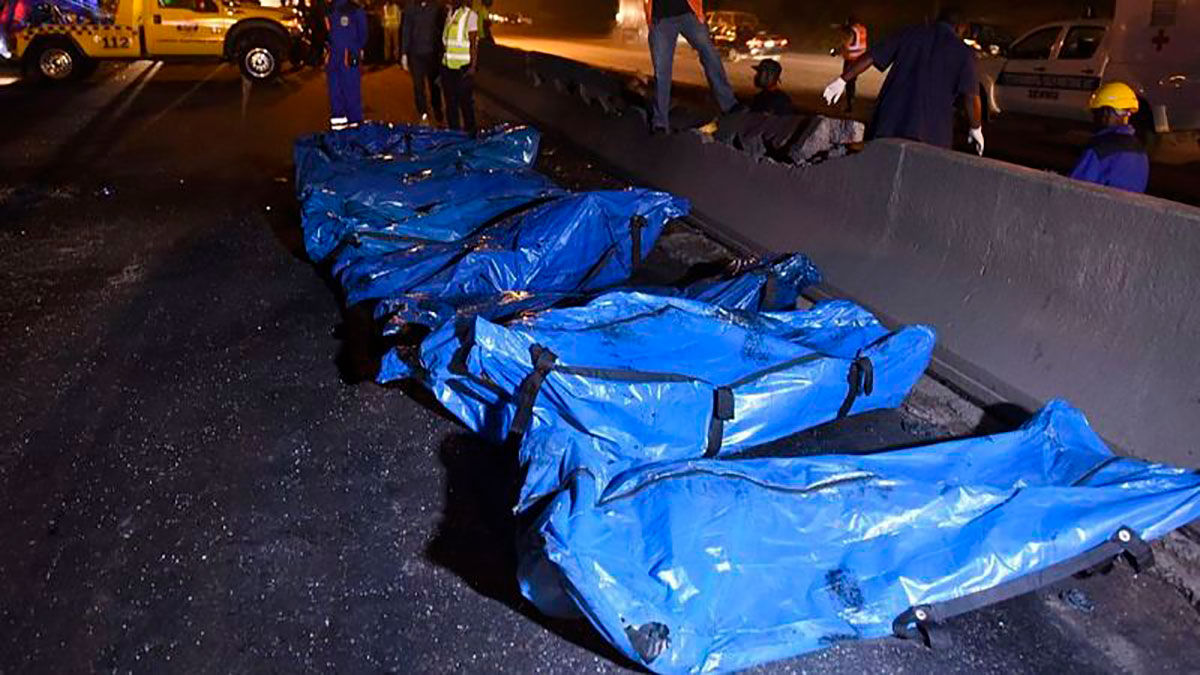 The journalist and novelist Nigerian Adaobi Tricia Nwaubani writes in this special report for the BBC on the disturbing reality behind some of the “unclaimed” bodies sent to medical schools in its country.

Medical student Enya Egbe ran out of her anatomy class crying after seeing the corpse she was supposed to work with that day.

It was not the apprehensive reaction of a naive young man.

The 26-year-old student still vividly remembers that Thursday afternoon seven years ago at the University of Calabar in Nigeria, when he was with his fellow students around three dissection tables, with a corpse on each.

Minutes later, he screamed and ran.

The body his group was about to dissect was Divine’s, your friend for over seven years.

“We used to go dancing together,” he told me. “There were two bullet holes in the right side of his chest.”

Oyifo Ana was one of many students who ran after Egbe and found him crying outside.

“Most of the corpses we used at school had bullets. I felt really bad when I realized that some of the people may not be real criminals, ”says Ana.

He explained that early one morning he had seen a police van loaded with bloody bodies at his medical school, which had a morgue attached to it.

Egbe sent a message to Divine’s family, which turned out that she had been going to different police stations in search of her relative after the young man and three friends were arrested by security agents when they came back from a night out.

The family finally managed to get his body back.

Egbe’s shocking discovery highlighted both the lack of bodies available in Nigeria for medical students and what can happen to victims of police violence.

Between the 16th and 19th centuries, by different laws in the United Kingdom, the bodies of executed criminals were handed over to medical schools, a punishment that also promoted the cause of science.

The state can also seize the bodies of executed criminals, although the last execution took place in 2007.

More than 90% of corpses used in Nigerian medical schools are “criminals killed by gunfire,” according to 2011 research published in the medical journal. Clinical Anatomy.

In reality, this means that they were suspects shot dead by security forces.

Their estimated ages are between 20 and 40 years old, 95% are men and three out of four belong to the lowest socioeconomic class. There are no body donations.

“Nothing has changed ten years later,” says Emeka Anyanwu, professor of anatomy at the University of Nigeria and a co-author of the study.

This was in response to protests sparked by the viral video of another young man allegedly being shot dead by the Special Anti-Theft Squad (Sars) of the police in the southern state of Delta.

Many of those who testified before the panels have spoken of family members arrested by security agents and disappeared.

In most cases, the police have defended themselves by saying that the missing were armed robbers who were killed in a shootout.

However, police spokesman Frank Mba told me that he was not aware of any cases in which the police had sent bodies to anatomy laboratories or warehouses.

In written testimony presented to the judicial panel in Enugu state, 36-year-old merchant Cheta Nnamani said that he had helped security agents dispose of the bodies of people they had tortured or executed during the four years. months he was in Sars custody in 2009.

He said he was asked one night to load three bodies into a van, a task known in the parlance of detention as ‘ambulance service’.

He then drove to the nearby University Hospital of the University of Nigeria (UNTH), where Nnamani dumped the bodies. They were brought in by a morgue attendant.

Nnamani told me that they later threatened him with the same fate.

In the southeastern town of Owerri, the privately-owned Aladinma Hospital morgue, stopped accepting bodies of suspected criminals because the police rarely provided identification or notified the relatives of the deceased.

This used to leave the morgue stuck with maintenance costs for unclaimed bodies until every few years the government finally granted permission for mass burials.

“Sometimes the police try to force us to accept bodies, but we insist that they be taken to a government hospital,” says Ugonna Amamasi, manager of the morgue.

“Private morgues are not allowed to donate bodies to medical schools, but government morgues can,” he added.

A high-level lawyer, Fred Onuobia, assures that relatives have the right to collect the bodies of legally executed criminals.

“If no one shows up after a certain time, the bodies are sent to university hospitals,” says the defender.

But the situation is worse with extrajudicial executions, since relatives never find out about the deaths or cannot locate the bodies, he says.

After all, it was only by chance that the family of Egbe’s friend Divine was able to give him a proper burial.

The Nigerian Association of Anatomists is now pushing for a change in the law to ensure that morgues obtain complete historical records of bodies donated to schools, as well as family consent.

It will also establish ways to encourage people to donate their bodies to medical science.

“There will be a lot of education and a lot of promotion so that people can see that if they donate their body, it will be for the good of society,” says the director of the association, Olugbenga Ayannuga.

As for Egbe, he was so traumatized by seeing his friend’s body that he dropped out of his studies for weeks.

He says he imagined Divine standing by the door every time he tried to enter the anatomy room.