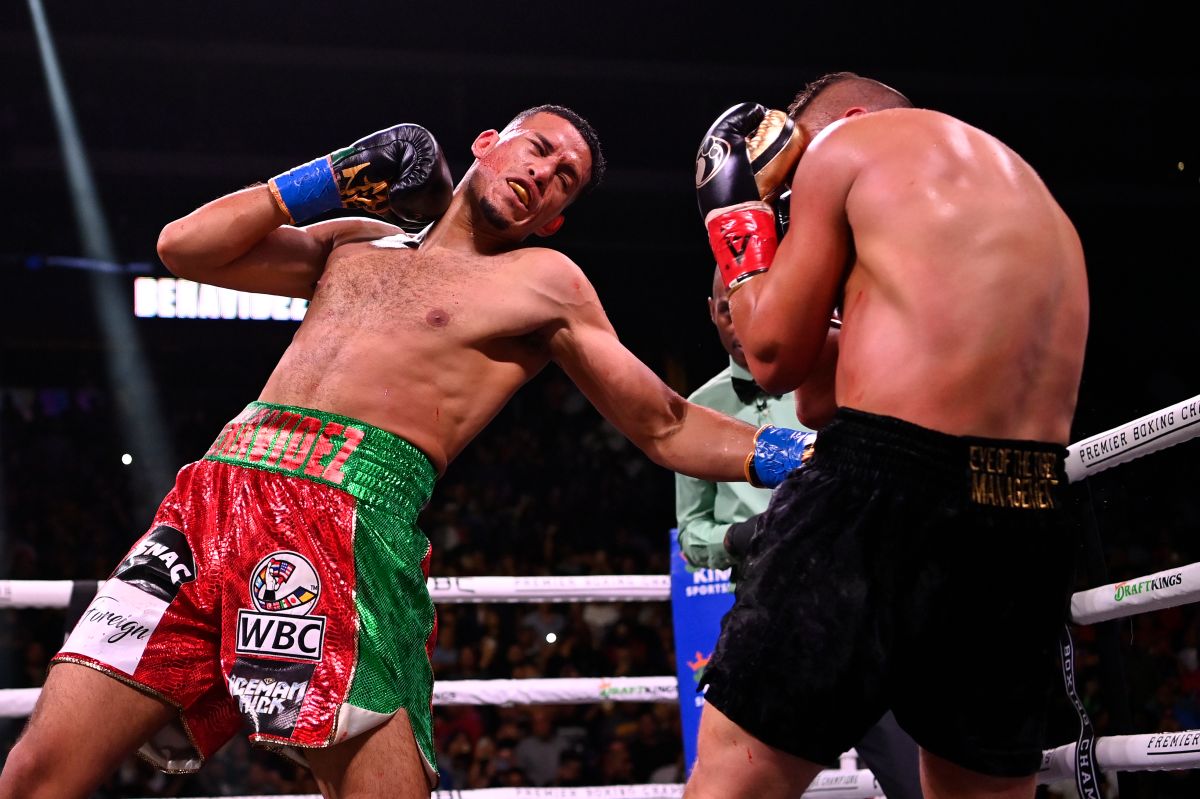 David “El Bandera Roja” Benavídez cries out for a fight with Saúl “Canelo” Álvarez. Facing opponents like David Lemieux, whom he knocked out easily on Saturday night, doesn’t help his cause much, but the Mexican-American fighter from Phoenix sure looks strong, fast and continues to rack up knockouts.

Fighting in front of his fans in Phoenix, David Benavídez won by technical knockout when his rival’s corner -who was taking a beating- threw in the towel in the middle of the third round, to obtain the interim super middleweight title of the World Boxing Council (WBC). He improved his record to 26-0 and 23 KOs.

Saúl Álvarez is the undisputed champion at 168 pounds, but it can be said that with the victory against Lemieux and obtaining the interim super middleweight championship, Benavídez is stepping on the land owned by “Canelo”who recently lost in a bid for the light heavyweight crown.

Saturday’s fight was nearly over in the very first round, when Benavidez landed a precise uppercut to the chin to send Lemieux reeling to the ropes and only the final bell of the round prevented the knockout. But it was a matter of time.

Just starting the second round, “El Bandera Roja” landed a blow in the form of an uppercut that sent the Canadian to the canvas and almost out of the ring, falling through the ropes. Lemieux (43-5) bravely got up and completed the three minutes.

“Mike Tyson gave me the name: the Mexican Monster. What do you think I’m going to do?” Benavídez said when questioned in the ring. by Showtime reporter Jim Gray about his commanding performance. “I feel like I am the strongest fighter at 168 pounds. No one can with me.”

Tyson, in effect, recently said that Benavidez is “a monster” and that Canelo must face him.

When asked who he wants to fight next, Benavidez said: “I’m waiting for the contract to be sent, those ‘bitches’ know what’s going on, I’m waiting.” If “Canelo” Álvarez wants to keep his WBC title, he is going to have to face him.

And Benavídez added when asked by possible rivals at 168 pounds, including Saúl Álvarez: “I am not afraid of anyone, I am the youngest (in the division), I am a three-time champion at 168 pounds and I will put my belts on the line. against anyone and I guarantee that I will knock out anyone.”

It may interest you:
– The advice that David Benavídez sent to Dmitry Bivol to beat Canelo Álvarez