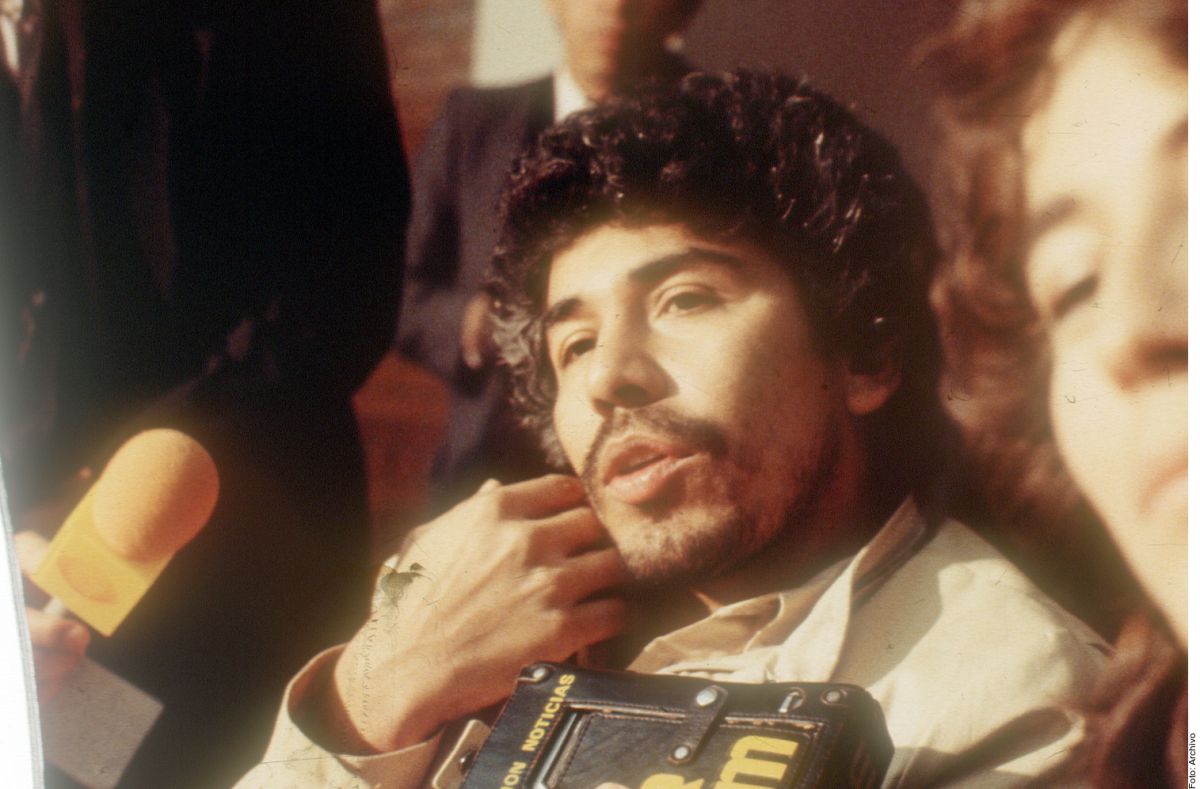 MEXICO CITY – The capo’s arrest Rafael Caro Quinterothe most wanted fugitive by the US Drug Enforcement Agency (DEA), which occurred this Friday in Mexico, was for extradition purposes to the United Statesreported the Attorney General of the Republic (FGR).

In a statement, the FGR indicated that “in an operation of the highest efficiency and results, it managed to get the ministerial authority to complete the arrest, for extradition purposes, of the fugitive Rafael ‘C’.”

The information from the Mexican Prosecutor’s Office was issued after The United States government will announce this Friday that it will request the immediate extradition of the Mexican capo, who was arrested in the state of Sinaloa.

“We will request his immediate extradition to the United States so that he can be tried for his crimes in the same justice system that special agent Camarena died defending,” US Attorney General Merrick Garland said in a statement.

Garland thus referred to the alleged participation of Caro Quintero in the kidnapping and murder of DEA special agent Enrique “Kiki” Camarena in 1985.

“There is no hiding place for someone who kidnaps, tortures and murders an American law enforcement officer. We are deeply grateful to the Mexican authorities for their capture and detention of Rafael Caro Quintero,” added the attorney general.

Meanwhile, the FGR indicated that “the extraditable person will be admitted to the Social Rehabilitation Center number 1 (Altiplano), in the municipality of Almoloya, State of Mexico, a neighbor of the Mexican capital.”

“Once Rafael ‘C’ is hospitalized, the judge of the case will be notified immediately of compliance with the aforementioned arrest warrant so that said judicial authority can set a date and time for the corresponding hearing,” said the Prosecutor’s Office.

In addition, he pointed out that at the hearing, “the defendant will be made aware of what the jurisdictional authority determines in this process.”

Caro Quintero was arrested in the municipality of San Simón (Choix), and a dog participated in his discovery, said the Secretary of the Navy (Semar) of the Government of Mexico.

In a statement, the agency indicated that Caro Quintero, 69, was hiding in the bushes and a dog from the institution, trained in search and rescue, helped locate him.

La Semar reported that in an operation carried out by the Attorney General of the Republic (FGR) of Mexico, in coordination with naval personnel, “the arrest of an alleged transgressor of the law was achieved, in the state of Sinaloa, indicated as a priority objective for the Government of Mexico and the United States of America”.

The arrest of Caro Quintero occurs days after the meeting of the president of Mexico, Andrés Manuel López Obrador, with his counterpart from the United States, Joe Biden.