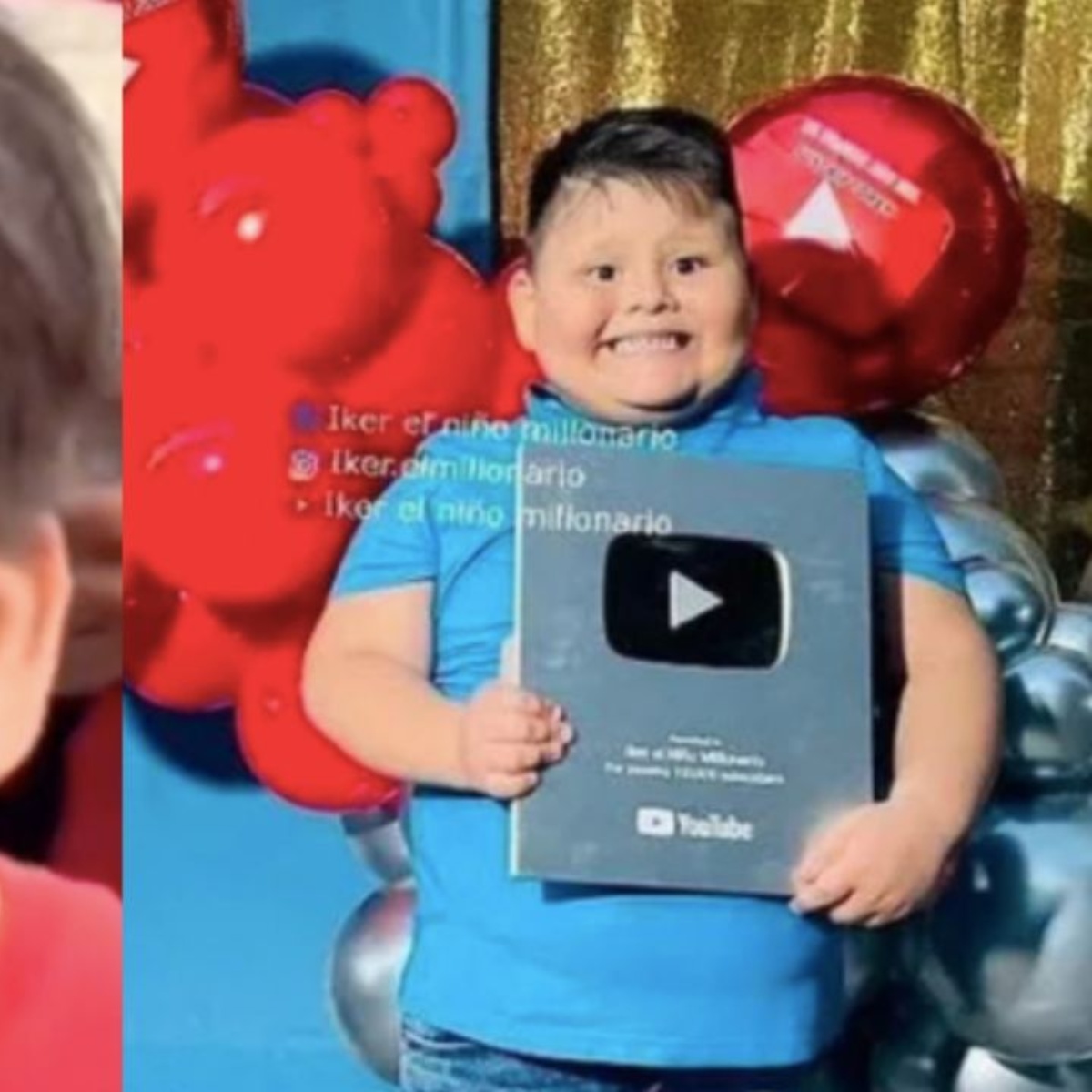 Iker “The Millionaire Kid” He managed to gather 100 thousand subscribers on his YouTube channel, for which the platform has sent him his first plaque.

On the occasion of this event, his parents decided to celebrate it in a big way and they threw him a party, which we show you in AmericanPost.News.

Now, currently the one also known as “the boy in red” already has 217 thousand subscribers, so his fame continues to increase, so the goal now is to reach a million to obtain the gold plate.

Iker is 5 years old and when his plate arrived he shared it on social networks, especially because reached the amount of 100 thousand subscribers in just a few months to open your account on the video platform.

That is why his parents organized a party for him with several guests to celebrate the first step on the path of “The Millionaire Boy” as an influencer. The show was run by a couple of comedians called “Los albañiles”.

It may interest you: Viral TikTok: Child deceives everyone and ‘steals’ a tithe from a church

Who is the millionaire boy?

Iker caught the attention of many people and was identified as “The boy in red”, because his surprised expression of the little boy invaded several spaces on the network when he was recorded doing some dynamics in the street with a group of people.

But his fame increased and now has several social networks where he uploads audiovisual material with different themes, including his fun “adventures”.

It is worth mentioning that “The millionaire child”, released a remix entitled “Looking for a taquero”a theme that has more than 10 thousand reproductions.