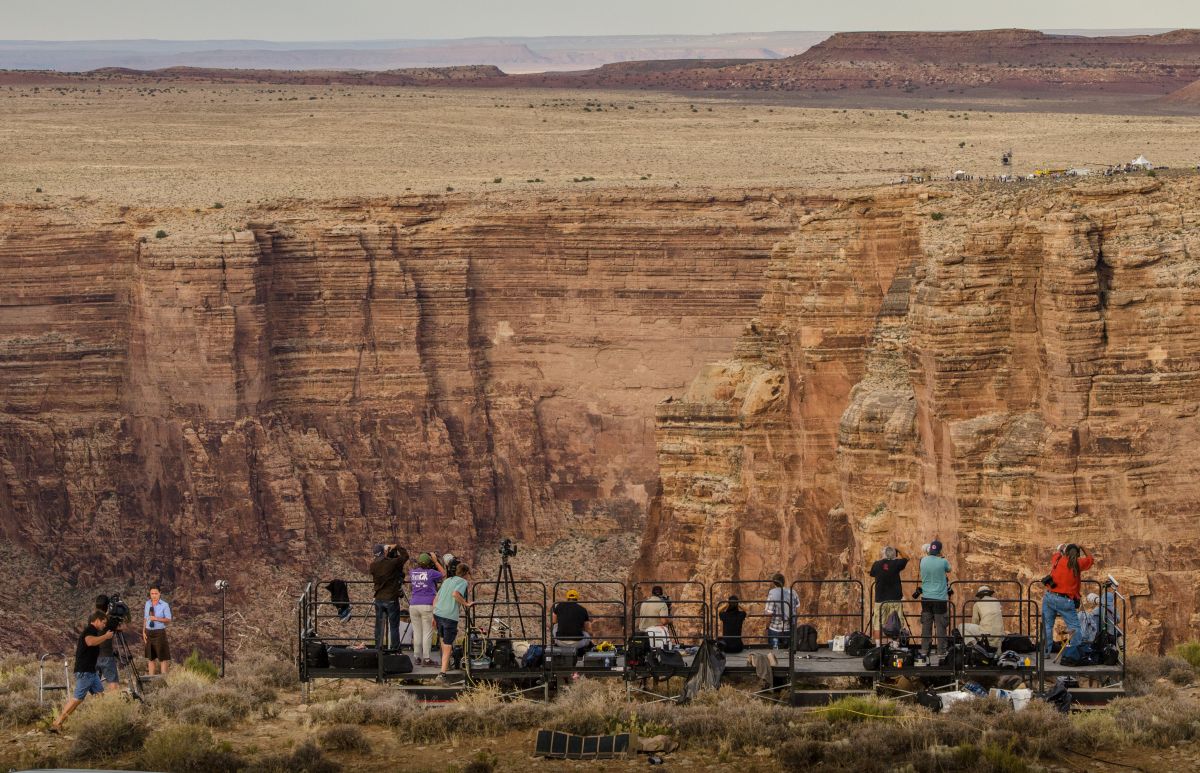 On June 23, 2013, trapeze artist Nik Wallenda, The 34-year-old became the first person to walk a tightrope through the Little Colorado River Gorge near Grand Canyon National Park in Arizona.

Wallenda was not wearing a safety harness when he made the quarter-mile traverse on a 2-inch-thick steel cable some 1,500 feet above the gorge.

In June of the previous year, Wallenda, a member of the famous Flying Wallendas family of circus performers, became the first person to walk a tightrope over Niagara Falls.

Nik Wallenda learned to walk on a wire as a child and made his professional debut as a trapeze artist at age 13. He went on to set several Guinness World Records, including the longest tightrope crossing on a bicycle and the tallest of eight person tightrope pyramids.

In 2011, Wallenda hung from the teeth of a helicopter flying high above Branson, Missouri. That same year, he and his mother successfully completed the tightrope walk in Puerto Rico that had killed Karl Wallenda.

On June 15, 2012, Nik Wallenda became the first person to walk directly over Niagara Falls on a tightrope. He crossed an 1,800-foot-long, 7-ton cable from the American side of the falls to the Canadian side at a height of around 200 feet in about 25 minutes.

Because the event was televised around the world, broadcast officials required the famous tightrope walker to wear a safety strap in case he fell.

The following June, Wallenda made his Grand Canyon traverse, wearing jeans and a T-shirt and holding a 43-pound balance pole, praying aloud as he walked untethered across a 1,400-foot-long, 8.5-ton cable suspended 1,500 feet above the Little Colorado River. It was the highest walk of his career up to that point and he completed it in just under 23 minutes.