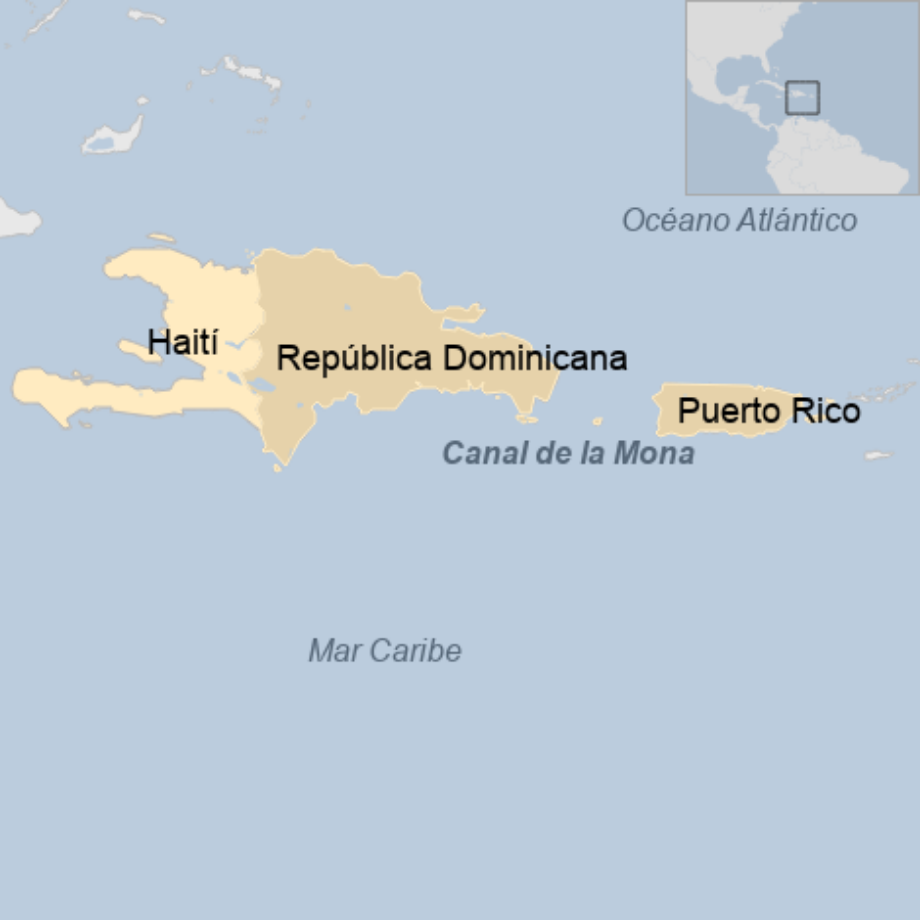 Far from the mainland, when his eyes “only saw sky and water”, he regretted undertaking the journey. Irisbel Herrera thought that she was going to die in that wooden boat whipped by the waves.

Almost two decades have passed, but the woman still vividly remembers what she experienced when she crossed the Mona Channela small stretch of sea that separates the Dominican Republic of Puerto Rico.

“The journey was harrowing. It was something desperate. He thought: ‘My God, what did I do. I left to help my family and maybe I will never see them again,’” he says from the living room of his house in Río Piedras, a neighborhood of San Juan, the Puerto Rican capital.

He is 40 years old and of Dominican nationality. She is one of the thousands of people who, to reach the United States, have irregularly crossed the passage that extends about 112 kilometers.

So far this year, 71 people have died or disappeared in this section, a number that exceeds the 65 deaths that were recorded in all of 2021, according to the International Organization for Migration.

The figures will never be exact, because of how complicated it is for the authorities to intercept the trips. But the stories that are public are often heartbreaking.

On May 12, for example, a barge carrying some 75 migrants capsized. The US Coast Guard rescued 38 people alive and 11 bodies.

All deceased persons were women of Haitian nationality.

Those who survive, like Irisbel, are marked forever by the dangerous journey.

And it is that even for the most experienced sailors, the Mona Canal, with its particularities, is a section of extreme danger.

“It is dangerous. It is where the Atlantic Ocean and the Caribbean Sea meet and you have an interaction of currents“, He says Gregory Mageea captain in the US Coast Guard who heads the office of that military branch in Puerto Rico.

He assures it because he has also traveled the canal, although with first-rate boats and specialized technological equipment.

The Mona Canal (from Irisbel’s eyes)

When Irisbel decided to cross the Mona Passage, she was 21 years old. She lived in Higüey, a municipality in the eastern Dominican Republic, near the tourist city of Punta Cana.

It was 2001 and she, a single mother with two children, worked in a sewing factory.

His monthly salary, 2,000 Dominican pesos (US$40), slipped through his hands like water: diapers, food, rent…

“My life was very difficult,” he says. “Then an opportunity arose. A boy from the neighborhood tells me: ‘let’s go to Puerto Rico’”.

He borrowed 6,000 Dominican pesos (three months’ salary), a figure that, at that time, “represented a world,” he says.

After collecting the money, he went to Cabeza de Toro, a wooded area (also east of Dominicana). From there she would sail with her sister in a yola (wooden boat) to Puerto Rico.

“To begin with, it wasn’t like the yola was close [de la orilla] and you climbed We had to jump off a cliff about four stories into the sea, swim and then get on the yola, ”he says.

“When I jumped in, the Navy appeared [de República Dominicana]. They arrested my sister and shot me from above. I clung to the tail of the boat, I never got off. I lost three nails. Then the few who were in the boat helped me get on, ”she maintains.

The boat was “handmade”, with its wood painted blue and white, and two engines. Another 11 people also crossed.

Once in the canal, he says, the wind was blowing hard. “The waves rose and fell, and made the yola fall.”

“Water comes from everywhere, if the yola does not turn over it is because the boat is good”.

The most difficult part of the journey, which lasted a day and a half, was when they approached the Desecheo Island, a key north of the Mona Passage, located 21 km west of Puerto Rico.

It is right there one of the points where the waters of the Caribbean Sea and the Atlantic Ocean converge. The 11 Haitian migrants died in this area at the beginning of May this year.

“When you see the lights of Puerto Rico, you still have to cross Desecheo,” says Irisbel during a video call with BBC Mundo. “[En esta área] you don’t know where the yola is going to take. There everyone panics. Most of the trips are lost in Desecheo.”

Right there the water began to enter the boat. “You feel like it’s the last goodbye,” she says. 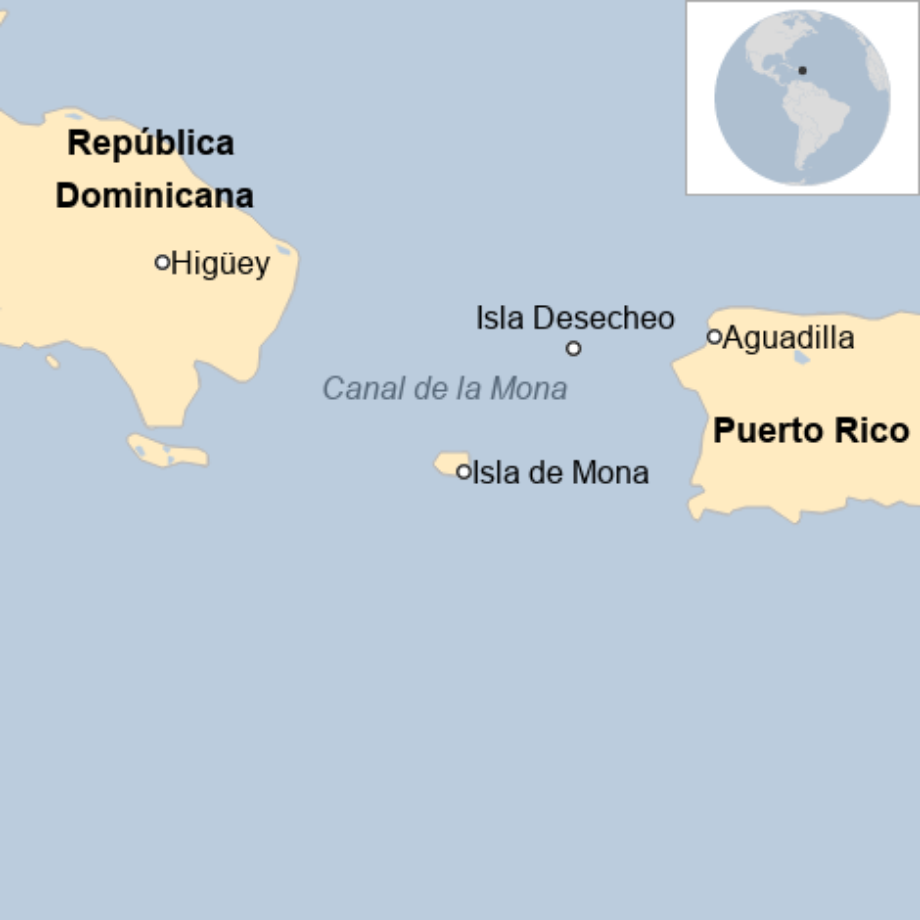 The yola made it to shore because everyone made a tremendous effort to scoop up the water as they made the final stretch. When Irisbel disembarked, the channel showed her again how treacherous it can be.

“I got off the front of the yawl, and a wave hit it, and the yawl ran over me. The propellers of the engine cut me.”

She swam bloodied and reached the mainland almost unconscious.

“Some migrants, while they’re sailing, they might look and say, ‘well, it’s quiet right now.’ But they don’t know if it’s going to change or if it could actually be rough on the high seas. They can’t see that until they’re really exposed,” he explains.

Added to this are multiple factors, such as traveling without life jackets, radars or cell phones. The overload of the weak yolas, which sometimes carry dozens of people, is also a factor.

In addition to the characteristics of the channel, the people who embark on this journey suffer from many other dangers, he says, for his part, Romelinda Grullondirector of Dominican Women’s Center in Puerto Rico.

The organization he directs, which offers legal and psychological help to migrants, especially women, has dealt with dozens of cases of people who have been physically and sexually abused during the journey.

Also to those who are traumatized by the anxiety and stress caused by the trip.

“Many of these women wait in the fields before taking a boat. Within that period of time, which can be several days, some are raped. And when they are on the boat, the more days they spend on the high seas, the more likely they are to be abused,” says Grullón, whose entity has been offering services in Puerto Rico for 19 years.

There are those who have also seen, he adds, how some people are thrown overboard while traveling through the channel, for reasons as diverse as being nervous on the high seas or because “they got their menstruation.”

These difficulties have not made the migrants desist from making the trip. During the pandemic there was an increase in the number of people who crossed the canal.

In 2021 the number dropped to 707. The most common nationalities are Dominicans and Haitians, but there were also Venezuelans, Cubans, Turks and Brazilians.

Many migrants see their dreams vanish when they touch US soil, continues Romelinda Grullón.

As they navigate government bureaucracy to gain permanent status, they must work irregularly, often in unsafe conditions, for little pay and without social benefits.

They also face discrimination and are, once again, prone to abuses that they are afraid to report for fear of being deported.

Irisbel, after arriving bloodied on a beach in Aguadilla, a municipality in western Puerto Rico, began working irregularly, usually in restaurants, to send money to the two children she had left behind in the Dominican Republic.

In the United States, he affirms, he suffered sexual and physical abuse by a couple, with whom he had a third child.

“He threatened me not to work, something I did for my children. He told me that if I did, he would send me to immigration at work, ”says Irisbel, who does not hide her tears as she speaks.

At the Dominican Women’s Center she received psychological help to work on her traumas. She also received legal support and only in 2021 did she obtain her permanent residence.

While managing his immigration documents, one of his sons in the Dominican Republic died and he was unable to attend his funeral. Now his goal is to get the daughter he has left in that country to move to Puerto Rico.

Despite the need and the economic difficulties, getting on a yola and crossing the Mona Passage “is something I don’t advise anyone to do,” she says with conviction.