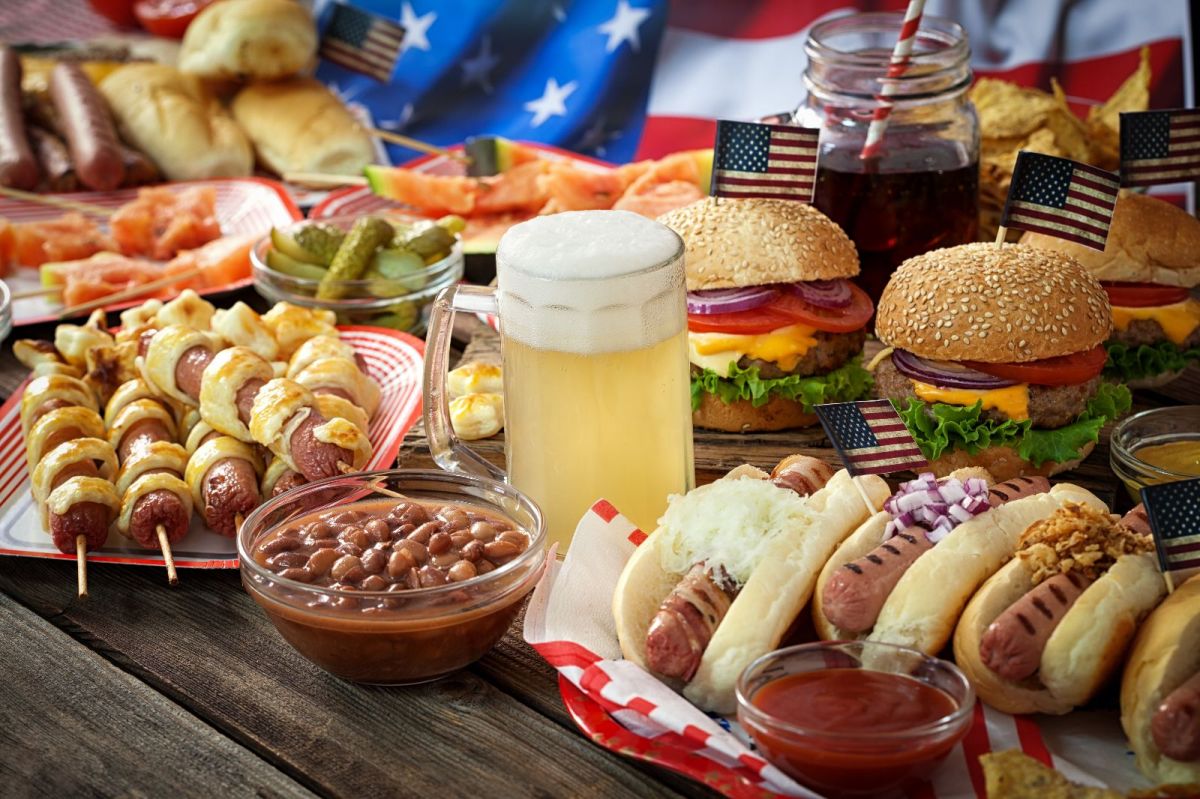 In every corner of the United States we will find food and local foods, which have become state symbols that fill American culture with identity. The reality is that every state has at least one internationally famous dish or ingredient, whether it’s Maine lobster rolls, juicy Florida oranges, Idaho potatoes, California avocados, Chicago deep dish pizza. and the Philly cheesesteaks of Philadelphia; it is undeniable to say that many cities are closely associated with iconic foods. In fact, in some cases their popularity is so high that they have become official icons that have come to symbolize each of the 50 US states. Today we will take a fascinating journey through the gastronomic culture of the United States and analyze some of the most intriguing state foods, their peculiar stories and curious secrets.

Watermelons in Oklahoma are much more than just a refreshing summer fruit. In fact, they caused quite a stir when they declared her originally from their state, the controversial decision was made in 2007 after Senator Don Barrington argued that watermelon is both a fruit and a vegetable because it is a member of the cucumber family. For many it was crazy, especially considering that the state already had a state fruit, the strawberry. The truth is that whatever the classification, watermelons have a deserved place in the hearts of Oklahomans. Rush Springs is particularly famous for its varieties of red-fleshed watermelons, grown in the sandy soil of the area. Not in vain since 1948, the city has held an annual watermelon festival with events including themed attractions and a seed-spitting contest, which Senator Barrington won once.

In 1977 “a bowl of spicy smoked beans” became the Official Texas Food in 1977, as stated by the state legislature. The truth is that the origins of chilli have been hotly debated, some argue that it is based on Mexican cuisine and others suggest that it was brought from the Canary Islands.. However, there are references in which it is verified that this famous Texan dish became known in a market in San Antonio by the calls ‘queens of chile’ at the end of the 19th century, becoming a tourist attraction and spawning chilean locations across the state. The official dish is simply made with meat and dried chili peppers, with beans and tomatoes, some common additions have now been integrated into modern recipes, however these ingredients are not considered part of the Texas chili heritage. The state has also been represented by field bread, a flat bread also known as cowboy bread, pecan pie, strudel, peach cobbler, or soup, it is a honey soaked cake that is believed to have originated in New Mexico.

Talking about chili peppers without mentioning Mexico is simply inadmissible. However, there are two vegetables that are official New Mexico, the state is characterized by its powerful peppers that share the mantle with the beans points. These findings were made official in 1965, and The two were considered inseparable when it came to New Mexico cuisine and culinary heritage, with deep roots in Mexico and Central America. However, the importance of chili peppers in the region goes further and one of the main questions for many is red or green? The answer reveals one’s preference for chili peppers typically grown and consumed in different parts of the state, with those in the South traditionally preferring green chilies and others opting for slightly milder, smoked red chilies.

By now many of us know that the official fruit of the state of New York is the apple, however yogurt is interesting news for many of us. This basic product that we all love and that is part of our daily diet, It was designated as the official state snack in 2014. In fact, as a side note worth mentioning, only a handful of states have an official snack and yogurt may seem like an odd choice when it comes to NY. However, it is actually the top yogurt producer in the US. due to the growing popularity of thick, velvety Greek-style yogurt, which is associated with so many health benefits. Also, two large brands that produce this type of yogurt are based in the state, which generally represents more than 15% of all yogurt produced in the country.

We all love ice cream, especially when it comes with a delicious cone. You probably didn’t know it but Missouri clings to its authorship in this culinary heritage with a firm hand, in fact the official dessert of the Show-Me State is the ice cream cone. The truth is that cones are the smart, crunchy and edible ice cream container, These iconic foods made their debut at the 1904 World’s Fair, held in the city of St. Louis in Missouri. Legend has it that an ice cream vendor ran out of paper cups, so he served up the frozen treat in rolled waffles quite cleverly. The cone took its place as the state’s official dessert in 2008, following a proposal made by a group of homeschooled students in St. Louis County earlier that year.

Juicy peaches are always a joy and a treat for the palate, in America it is no secret to say that Georgia is strongly associated with peaches. To such a degree that eThis succulent fruit is the star of New Year’s Eve celebrations in the capital, Atlanta: A giant peach is “dropped” from a tower at midnight in a version of the famous New York bell. It was named the official fruit of the state in 1995, although Georgia’s association with peaches dates back much further. It is believed that sand first introduced to the state via the barrier islands of St. Simons and Cumberland, planted by Franciscan monks in the 16th century. The commercial peach industry flourished in the small town of Marshallvile, south of Atlanta, in the late 1800s. The rest is history, as juicy peaches are sold throughout the region, although there is also a small peach wine industry.

The avocados were declared official fruit of the state in 2013, at the same time that artichokes were named state vegetables. Both play a role in trendy dishes for sharing – guacamole and steamed artichokes – but avocados are particularly famous. Not in vain it is difficult to find a restaurant or cafe that does not have them on the menu, either in a burrito or in a scrambled breakfast, it is also worth mentioning that the popular Hass variety is native to California. However, these green gold treasures only maintained their high status for less than a year, as the declaration was made by an interim governor and has not been made permanent so far. A wonderful fact there is an avocado highway: the 22-mile stretch between Escondido and Temecula in San Diego County in the south, is flanked by groves that grow this wonderful, incredibly generous and healthy green fruit.