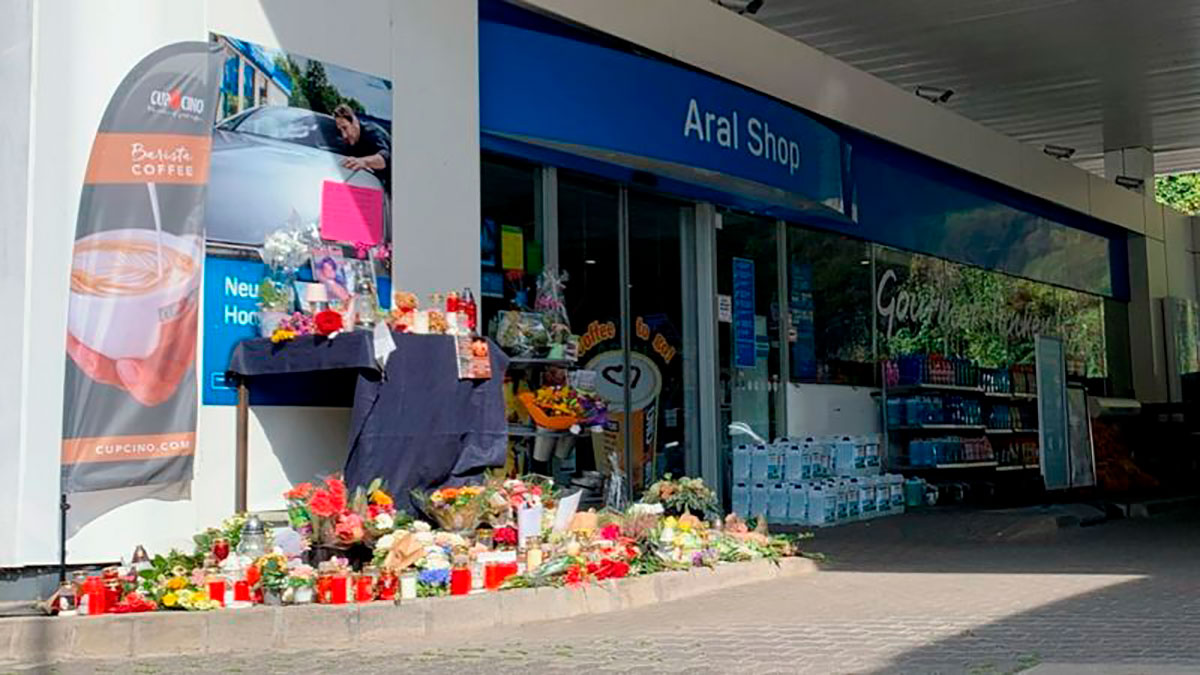 Many consider it the first death to occur in Germany related to the rules to control the covid-19 pandemic.

A petrol station cashier was shot dead on Saturday in the town of Idar-Oberstein (Rheinland-Pfalz region, in the south-west of the country), following a dispute over the use of the face mask.

The suspect in the attack has been linked to conspiracy theories about the coronavirus pandemic.

Identified only as Mario N, investigators believe the suspect is a far-right sympathizer and a covid-19 denier.

Chancellor, Angela Merkel, condemned the death of the 20-year-old worker, calling it a “heinous” crime.

The prosecution said that the murderer had tried to buy beer at the gas station, but left the premises when the cashier refused to assist him because the customer was not wearing a face mask.

One hour and a half later, the man returned, this time wearing a mask. He started arguing again, took off his mask and shot the cashier in the head.

The 49-year-old suspect turned himself in to police on Sunday.

Authorities have not released the name of the victim.

The murder, which occurred a few days after the Germans came to vote in the parliamentary elections this Sunday, generated a great shock and rejection.

After the event, analysts have been reviewing the suspect’s social media profiles, in which he spread information denying climate change, expressing his support for the far-right party Alternative for Germany and stated: “I am waiting for the next war.”

According to the German press, the murder was celebrated in chats of online groups frequented by the extreme right and followers of conspiracy theories.

“One less parasite”, said a comment that highlighted that the victim was a student, while another participant saw the attack as a natural step in the fight against what they define as the “Merkel dictatorship,” the newspaper reported. Tagesspiegel.

Stephan Kramer, intelligence chief in the eastern state of Thuringia, warned of a marked increase in attacks.

“The escalation of right-wing conspiracy fantasies among citizens prone to aggressiveness and violence has been obvious for months,” he told RND.

Meanwhile, the CeMAS monitoring center said that the followers of teaorias of the conspiracy they came back more daring during the pandemic, attacking journalists and threatening the doctors involved in the vaccination.

The top candidates in the race to succeed Merkel as chancellor expressed shock at the assassination.

“As a society, we must face firmly tol hate“Said the center-left vice chancellor Olaf Scholz, who heads the opinion polls.

Armin laschet, from Merkel’s conservative CDU party, called on people, particularly a group of COVID-19 deniers known as Querdenker (lateral thinkers), not to use violence.

The candidate for Chancellor of the Greens, Annalena baerbock, said she was very concerned about the radicalization of Querdenker.

Although most of those opposed to the lockdowns are not seen as extremists, the national intelligence agency BfV said the Querdenkers were taking advantage of the legal protests to “provoke an escalation.”

Hundreds of people were arrested in August 2020 when they tried to storm the parliament building, the Reichstag.