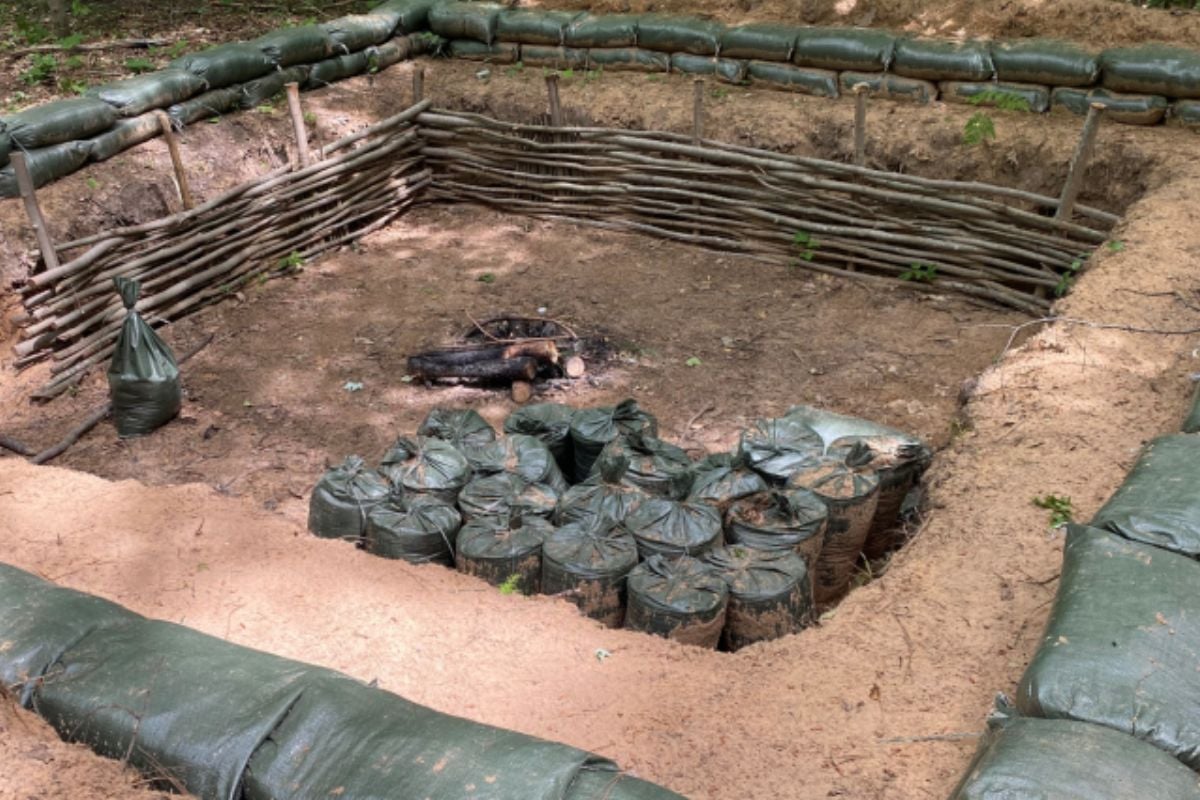 The bunker found in the Rogue River State Game Area on Monday it was built by some childrenreported the Michigan Department of Natural Resources (DNR).

The agency explained that after Nexstar’s WOOD-TV aired a report about the bunker, a mother called the Kent County Sheriff’s Department and told them that his 15 year old son and his friend built it for fun.

The bunker, which measures about 15 feet by 15 feet and nearly 3 feet deep, is located about a mile walk to the state game area northeast of Kent City and about 50 yards down a narrow trail.

About 70 sandbags were stacked around the perimeter on Monday and several more were on the corner. Also, near the place there were some freshly cut trees.

The Michigan Department of Natural Resources noted that Cutting down trees, digging large holes, and leaving sandbags on state land is illegal.

This Wednesday, a conservation officer will meet the children and have them fill in the hole and restore the area. The DNR said no charges are expected in the incident.

Before the mystery of the bunker was discovered, the man who discovered it had a theory that was far from reality.

“It’s a mystery”detailed at the time the Kent County man who discovered the bunker on Friday, and who remained anonymous.

The man, who immediately tried to report him to the authorities, I thought maybe it had been created by a group of militiamenpossibly as a private training camp.

“It seems like it could be more of a militia, military thing to me,” the man theorized before he knew the truth about the origin of the bunker.

It may interest you:
* Son of Elon Musk wants to cut ties with his father; ask to change your last name and gender
*Dominican woman delivers more than $700,000 dollars to alleged witches so they can multiply it and ends up scammed
* Former Mississippi paramedic will spend 40 years behind bars for sexually assaulting multiple patients
* Grandma is called a heroine for throwing herself into a lake to save her granddaughter, both died