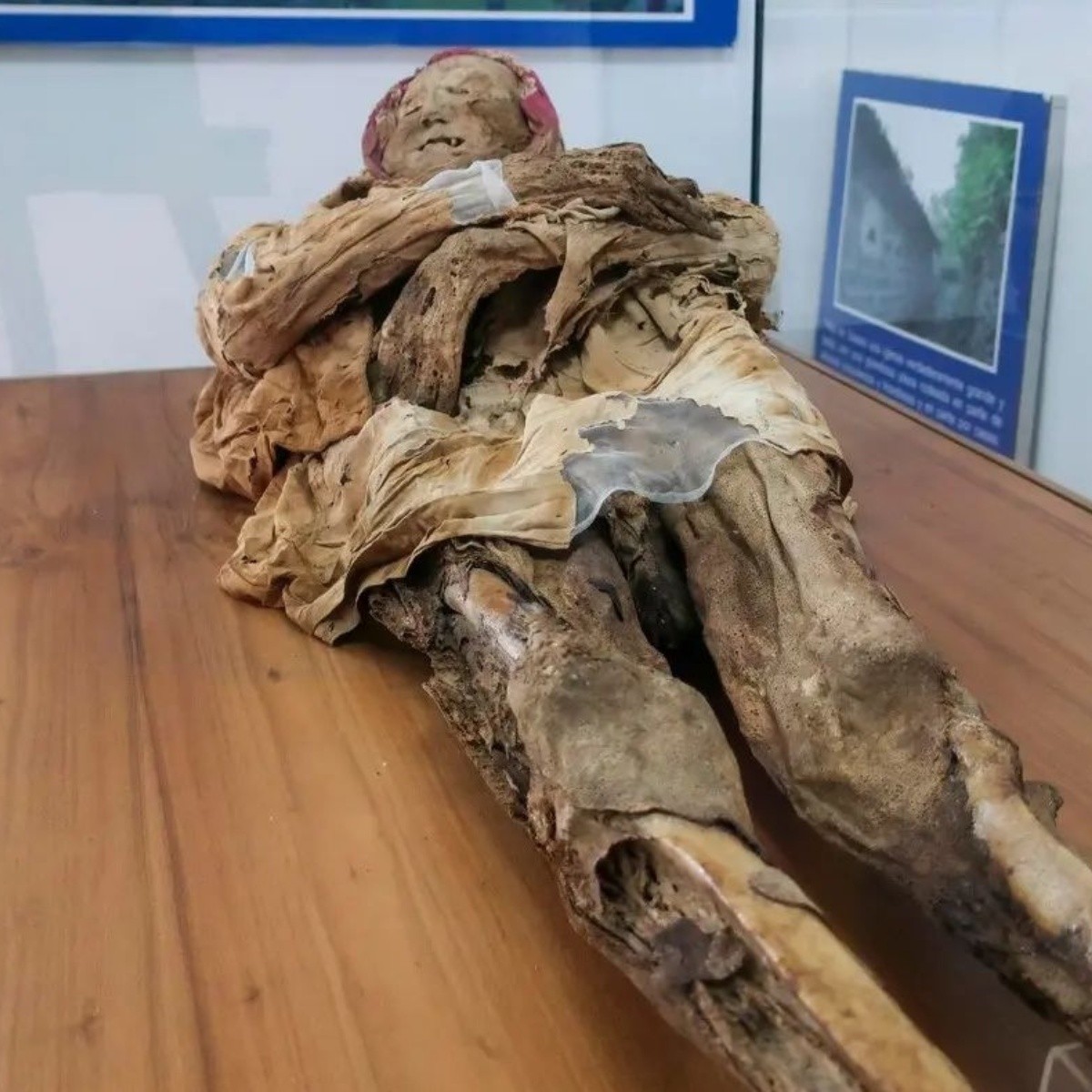 a famous mummy of Ecuador known as the “mummy of guano” has the whole country intrigued, after it was discovered that what was “known” about her was not true.

Experts believed that it belonged to the Spanish friar Lázaro de Santofimia, now after an analysis of his clothing they have recognized that “we do not know” who it is.

Found in 1949 while debris from an earthquake was being removed, and became the first of its kind found, it is considered a mummy natural.

It preserves a height of 156 centimeters, and a chest width of 36 cm.

Initially, it was believed that he belonged to the Friar Lazaruswhich since the 16th century was the guardian of the church of the convent of the Asunción, belonging to the town of Guano.

It is assumed that after falling ill and dying, his body was buried in the convent’s walls, according to María Ordóñez, director of Research and Innovation at the National Institute of Cultural Heritage (INPC).

He suffered from rheumatoid arthritis

Through studies carried out, Ordóñez, together with the French scientist Philippe Charlier, tried to understand the pathologies of the individual between 2013 and 2014.

One of the first conclusions is that he suffered from rheumatoid arthritis, and that his death could be related to a fairly strong oral infection.

The carbon tests showed that he lived between the years 1735 and 1802, according to the type of clothing he wore, cotton.

It is believed that these garments were made by machine, since at that time there was a textile industry in the Americas.

Now it is believed that according to the type of clothing he was a person of the clergy who lived in the year 1600, however, it is not necessarily the friar already mentioned.

Who is the mummy of Guano in Ecuador?

Forensic anthropology at Cranfield University in the United Kingdom points out that at the moment it is not known, but they are already analyzing his DNA and it is suspected that he has mixed ancestry.

It is now known that he had a mestizo ancestry, with a greater proportion of European than indigenous.

This indicated that it was probably not Lazarus. Well, studies indicate that he is a mestizo person.

The portion of lime that was in the convent, managed to make the mummy of guano will be preserved naturally.

However, experts acknowledge that its conservation is excellent, since it still has a dry brain on one side, heart and part of the lung, kidneys and prostate.