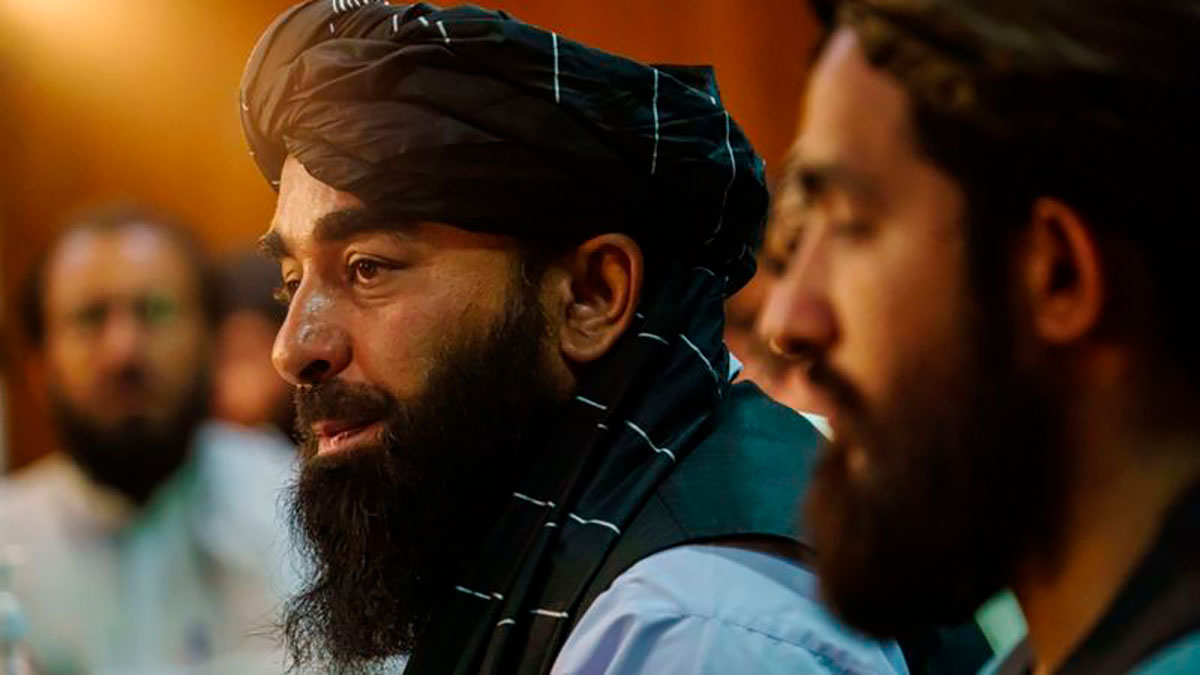 During the Taliban’s first press conference since they took control of Afghanistan on Tuesday, spokesman Zabihullah Mujahid spoke the most.

Mujahid responded to a large number of questions from journalists at the historic press conference, in which she stated that women’s rights would be respected “within the framework of Islamic law.”

For most of the journalists who attended there was also something very significant: it was the first time they had seen Mujahid’s face. For years it was just the voice on the other end of the phone from someone operating from the shadows.

Yalda Hakim of the BBC says she was “shocked” to see the face of a man she had been talking to for more than a decade, answering the first question from a journalist.

The spokesman adopted a conciliatory tone, with which he replied to another reporter: “We do not want internal or external enemies.”

But Hakim assures that this position is very far of some of the messages I used to get from him.

“Some of these texts were hard-line Islamist texts. Some made you think: ‘This guy is thirsty for blood American, he’s thirsty for the blood of anyone in the Afghan government. ‘ And today he sits there and says there will be no retaliation, ”he says.

“For years he has sent these brutal statements And now all of a sudden do you love peace? It is difficult to reconcile ”.

Indeed, Mujahid was sitting in the seat that until recently belonged to Dawa Khan Menapal, director of Afghanistan’s media and information center, assassinated by Taliban militants earlier this month.

Mujahid claimed responsibility at the time, saying that Menapal “was killed in a special attack.”

Many other reporters have tweetedabout his experience of seeing to Mujahid, including veteran BBC journalist John Simpson, who referred to him as “a relatively moderate and pleasant man.”

I’ve know the Taliban spokesman at today’s press conference in Kabul for many years. Zabihullah Mujahid is a relatively moderate, pleasant man. But he’s seeking to calm the world’s fears, & he only speaks for one part of the Taliban movement.

“I have known the Taliban spokesperson at today’s press conference in Kabul for many years.”

“Zabihullah Mujahid is a nice and relatively moderate man. But seeks to calm the fears of the world and only speaks on behalf of a part of the movement Taliban, “Simpson wrote in his tweet.

The photo of Zabihullah Mujahid, the Taliban spokesman, who was more responsive and active than the entire team of Ghani’s spokespeople – for over a decade. I have spoken with him & texted him a lot. But this is the first time I am seeing his face. pic.twitter.com/6fzRio6QIU

Sharif Hassan, Kabul correspondent for the US newspaper The New York Times, He tweeted: “The photo of Zabihullah Mujahid, the Taliban spokesperson, who was more receptive and active than the entire Ghani spokesperson team for over a decade. I have talked to him and sent him a lot of text messages. But this is the first time I’ve seen his face. “

“More than one person”

For years there has been speculation as to whether the faceless spokesperson could actually be more than one person.

Lyse Doucet, the BBC’s chief international correspondent, said these discussions took place long before the advent of social media, when reporters had to call him on a landline.

Some have suggested that the man sitting in front of the cameras on Tuesday looks too young to be the same person who answered their questions for all those years.

“It has been speculated for years that it was a made up name, that there were many “Zabihullahs” who took turns responding.

Now of course we are all accepting that this is the Zabihullah Mujahid. Maybe it isn’t? ”Says Doucet.

Hakim claims that the mystery is part of the Taliban’s playbook.

“That is what the Taliban are, they are organized and ideological, nothing is done by accident. To create mystery around a single person, he suddenly appears on the screen. You can’t write the script better, ”he says.

Regardless of whether Mujahid is a person or not, Hakim says he mistrusts his words Tuesday despite his efforts to appear measured.

“In reality the warning was the sharito (The Taliban’s radical interpretation of Islamic law that limits women’s rights). It gave me the chills, ”he says.

“They have not yet explained how it will be.”

“That’s what happens with the Taliban: they are deceptive, charming, they know how to use the correct language, but you are never sure if you should believe them or not, ”he adds.

“There is a lot of mystery … but do we really know who they are?”