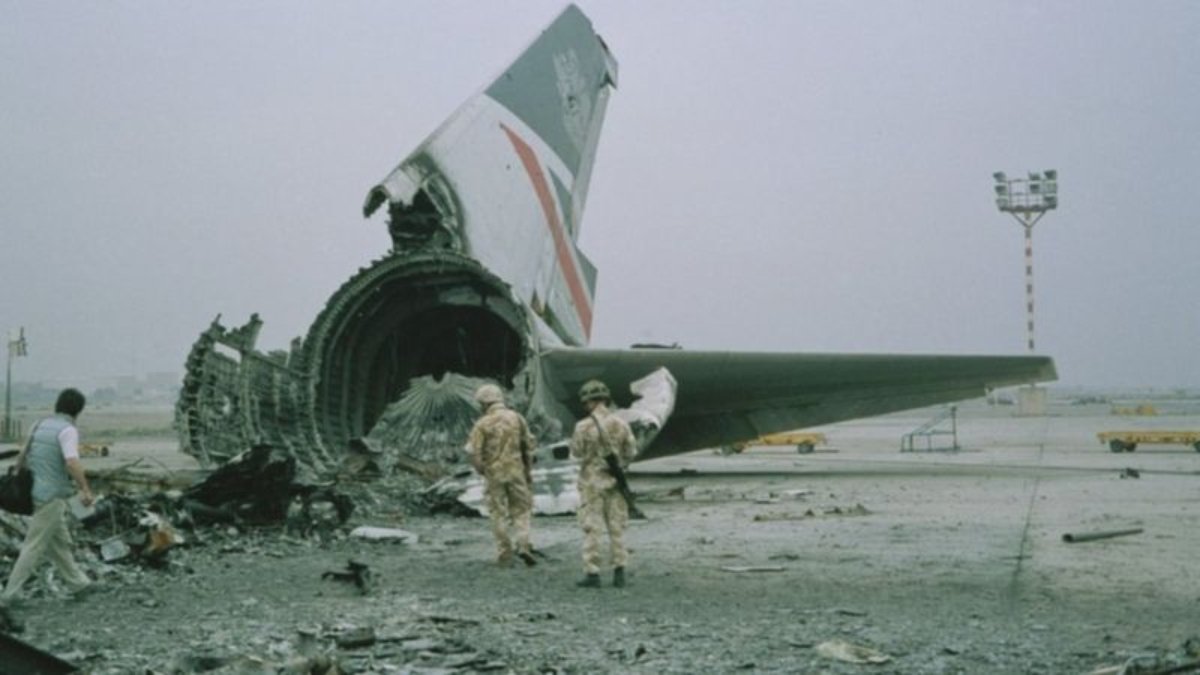 For years there has been a controversy and mystery surrounding the landing of British Airways Flight 149 in Kuwait during the Iraqi invasion in 1990.

It has been alleged that the UK government used it for a secret mission that resulted in the passengers and crew being abused in captivity for five months.

British Airways Flight 149 departed London on the night of August 1, 1990 and headed to Kuwait for a scheduled stopover on its way to Asia, despite the invasion having begun that night.

It landed on the morning of August 2. It was the only plane that arrived at the time when other airlines diverted their flights.

Anthony Paice was assigned to Kuwait in 1988. He had what he calls “the responsibility of political intelligence”, although he had previously been appointed as an agent of MI6 (Secret Intelligence Service of the United Kingdom) and worked undercover in the British embassy.

He says he has not been able to speak out against “false accusations and injustices” due to the Official Secrets Law, but now indicates that he wants to go public in solidarity with those who suffered.

“I am convinced that there was a use of military intelligence from British Airways Flight 149, despite repeated official denials,” says Paice.

And he tells the BBC that he believes there was a “hastily prepared attempt to put intelligence on the ground “ run by the army and special forces, of which he and the ambassador were unaware.

“We knew absolutely nothing,” he says, arguing that it was intended as a “deniable operation.”

There have been allegations that Paice was involved in the operation or that he had misled British Airways (BA) as to whether the flight could land. He claims that these statements are wrong.

Paice says he spoke with a BA representative on the night of Aug. 1, when a crisis was brewing between Iraq and Kuwait, but before the invasion began.

You remember telling them that “if you have a plane that can pass at midnight tonight, it will probably arrive.”

But he claims he warned that an invasion could occur in the wee hours of the morning and that a plane could not land at the same time the next day.

Clive Earthy, BA’s cabin director on the flight, remembers a British man in a military uniform who greeted him at the door of the plane upon his arrival in Kuwait.

The individual said he had arrived to meet 10 men who had boarded the flight at Heathrow, London.

These were brought to the front of the plane, disembarked, and were never seen again.

“They were given priority to get to Kuwait, and my passengers, men, women and children, came second,” Earthy tells the BBC.

He adds that he holds the government responsible for what happened next, as the Iraqis took the other passengers and crew hostage.

Some would be released, but others would face ill-treatment, sexual assault and near-starvation conditions.

Many would be used by Iraq as human shields at key installations to try to prevent Western forces from bombing them.

The hostages were released after five months.

So who were the mystery men on board the flight?

Stephen Davis, author of a new book, “Operation Trojan Horse,” indicates that he interviewed members of that team anonymously, as well as those who participated in planning the mission.

He believes the mission involved the deployment of a team of surveillance agents of special forces to obtain intelligence.

He also believes that the UK authorities did not expect the airport to fall to invading Iraqi forces so quickly.

Instead, the expectation was that the men would be able to disembark and that the plane would continue to its next destination.

He says the men’s airfares were paid from a military account and believes British Airways was aware of the operation.

In response, the British Ministry of Defense referred to an earlier statement in the House of Commons, which stated: “In 2007, the UK government clearly confirmed in Parliament that the government in 1990 did not take advantage of the flight in any way. for military personnel ”.

British Airways declined to comment, referring to previous refusals from the government.

Explosions near the airport

Eighteen-year-old Jinny Gill was sitting near the back of the plane with her sister.

He remembers two men sitting next to him, neither of whom said anything. She thinks they were from the special forces team.

When the flight landed, he describes the scene as surreal, with no ground crew and only Kuwait Airways planes.

She and her sister went to stretch their legs when she saw explosions near the airport.

“It was then that we knew that something had definitely gone wrong,” he tells the BBC. “We didn’t know where to go or what to do.”

He never saw the two men who had been sitting next to him again.

“I wanted the truth to come out as soon as we were back in the UK, but nothing ever happened,” he says. “They closed the doors in our faces.”

Davis’ book was released a few days ago in London on the 31st anniversary of the plane’s landing, and features for the first time statements from some of those taken hostage, as well as from Paice.

Paice points out that the passengers have not received any explanation of “why and how they were put in such a dangerous situation” and assures that an apology should be given.