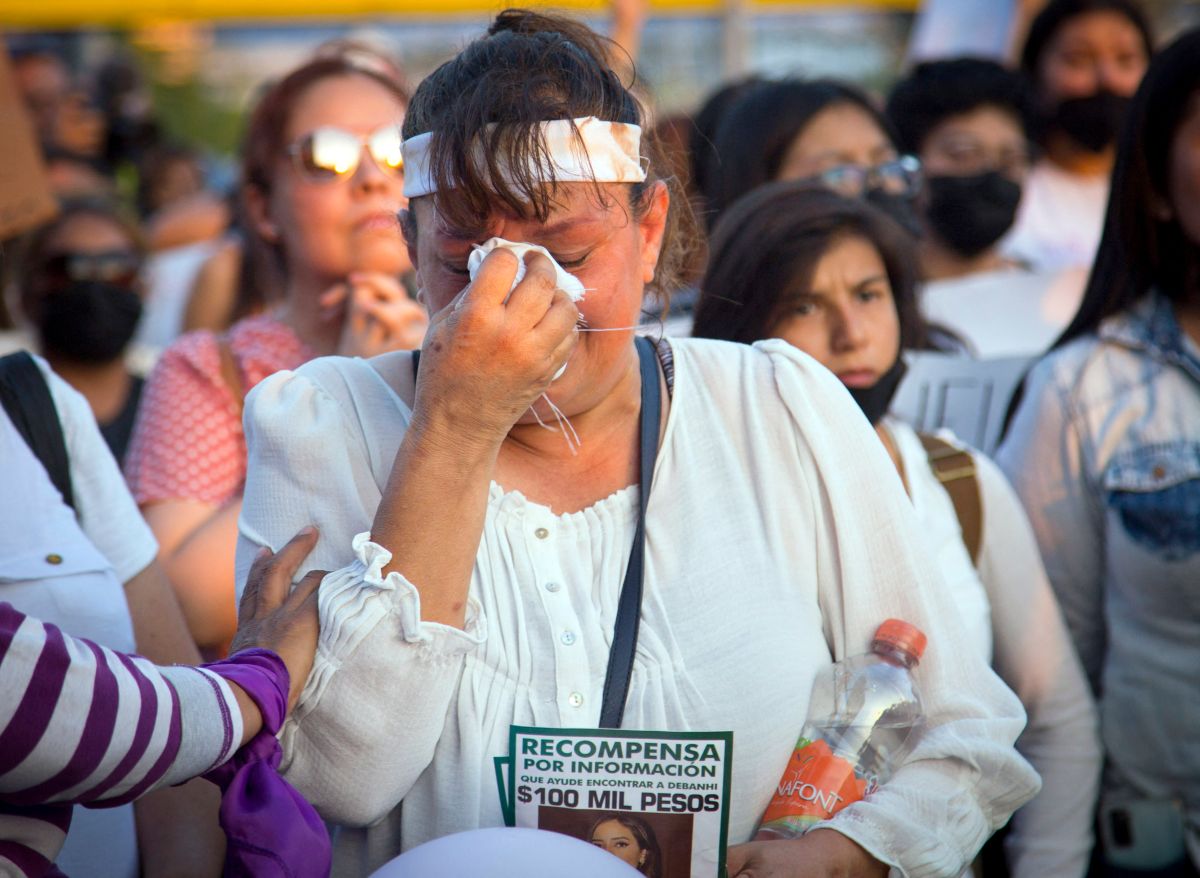 The exchange that Debanhi Susana Escobar had before she was found dead in a motel cistern in Nuevo León, Mexico, with a taxi driver remains a dubious piece in the investigation into her death.

Practically, the last person who had most direct contact with the 18-year-old girl Before his disappearance on April 9, he was the driver of a taxi service that the girl requested through an application.

when escobar left a party in a country house in Escodeboafter two friends with whom she had come to the place left without her, the law student waited for a taxi.

However, about 400 meters from the site, on the highway to Laredo, apparently Escobar asked the driver to let her out of the vehicle. for unknown reasons.

The driver would have left the Mexican about 200 meters from the motel, but not before taking a photo of her to send to the friend of the young woman who had ordered the taxi. According to the driver, she wanted to avoid problems and that is why she took the image that has become viral on networks.

However, there are inconsistencies in the versions.

According to a BBC report citing Debanhi’s family, the friends called a trusted contact who works on taxi apps for him to pick her up. However, the trip took place off the shelf.

When the image of Debanhi standing on the side of a road was released, the family confirmed that the image was authentic and that it had been taken by the taxi driver and sent to the girl’s friends.

These in turn shared it with the girl’s parents.

An argument around the photo and why the cdriver took it it is that he would probably have done it to show that the young woman was in good shape when he left her.

But, beyond the above, the question of why she did not arrive home safely in the taxi and why the driver left her alone on a highway at around 4:40 am has not been clarified.

This Friday, her father Mario Escobar revealed that the Nuevo León Prosecutor’s Office allegedly has videos in his possession where the man is seen trying to touch the young woman’s breasts and blamed him for the fact that his daughter had ended up alone that night and then disappeared.

“Debanhi complained that she was being sexually harassed and that’s why he got off,” said Escobar, while anticipating that he would initiate criminal proceedings against the man for harassment.

“The taxi driver touched my daughter,” the man insisted.

The driver, who has already been questioned, was willing to collaborate with the investigation.

In addition to the photo that has become popular on social networks, a security camera recorded Debanhi minutes later in front of a transport company. Apparently, the girl tried unsuccessfully to communicate with someone.

The Prosecutor’s Office alleges that the victim died of a blunt blow to the head.

The authorities handle the version that the girl could have fallen into the cistern, a point that her relatives and lawyers deny.

On Saturday, Debanhi’s family announced that they will demand a new autopsy to determine if there was sexual abuse, since, they said, they have evidence that the young woman would have been a victim of rape.

“The family is not satisfied with the results, we want more studies, we have enough material to continue with the studies, for a second expert opinion,” Omar Tamez, a member of the non-governmental organization International Commission on Human Rights, told the media.

Debanhi’s suitor Susana Escobar, found dead in a motel cistern in Mexico, breaks down in tears when asked by a reporter