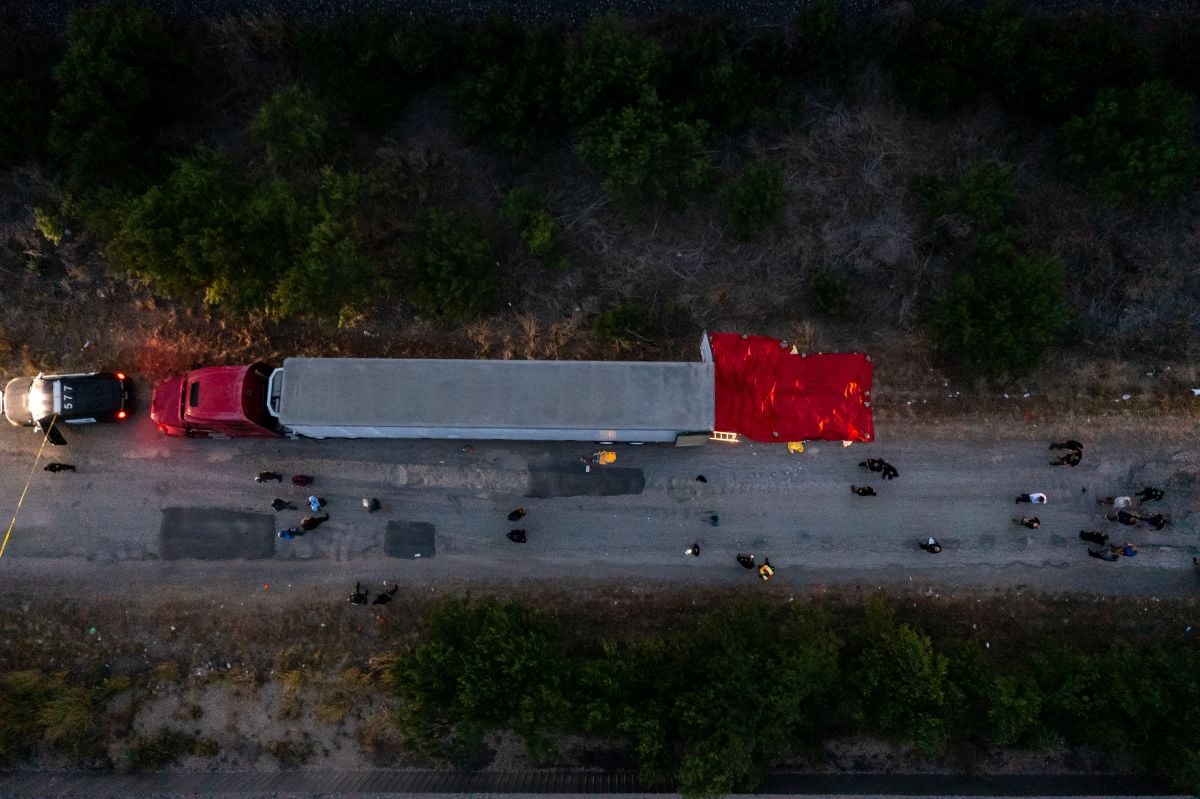 SAN ANTONIO – The number of people who have died in one of the most terrible migrant smuggling tragedies in Texas increased again this Tuesday, now there are at least 51 migrants, including men, women and children, who lost their lives after they were abandoned in a truck trailer southwest of San Antonio, according to authorities.

In the incident, 16 other migrants were injured and taken to area hospitals, confirmed Charles Hood, chief of the San Antonio Fire Department. Four minors were among those hospitalized.

The cause of death of the deceased was asphyxiation, according to preliminary information from the authorities.

Upon finding the abandoned trailer, authorities had initially reported at least 46 dead. This number rose to 51 on Tuesday, according to Precinct 1 Commissioner Rebecca Clay-Flores.

So far, 39 men and 12 women are among the dead. Authorities announced that at least 5 people died in hospitals after being rushed from the scene.

Among the victims there are at least 22 Mexicans, seven Guatemalans and two Hondurans. The identity of at least 19 other victims is unknown.

The initial investigation is carried out by the personnel of the Department of Homeland Security (DHS, for its acronym in English), which is giving the details of what happened, and revealed that there are three people in custody.

San Antonio Police Chief William McManus said the discovery occurred in the 9600 block of Quintana Road, near New Laredo Highway. An employee who works near the area would have called 9-1-1 at around 5:50 pm to report that, after hearing someone call for help, he found a truck with the trailer doors half open and several dead people inside. .

According to the fire chief, when rescuers arrived at the scene, they discovered one person dead outside the trailer and 45 other bodies inside.

The 16 injured were taken to city hospitals between 6:07 and 6:57 pm, Hood added. So far, it is known that three of the migrants were in stable condition at the Methodist Hospital; another five in critical condition at Baptist Medical Center, and another two in unknown condition at University Hospital.

The incident once again brings to light the need to confront the current immigration system in the country.

The White House described the death of the migrants as “horrible and heartbreaking” and reiterated that they will continue to take measures to stop the smuggling networks of illegal migrant traffic.

While the governor of Texas, Greg Abbott blamed President Joe Biden for the deaths of immigrants.

Abbott commented on his Twitter account that the deaths of at least 46 immigrants found inside a trailer this Monday in San Antonio are the result of the border policies of President Joe Biden.

“At least 42 people were found dead in a trailer transporting migrants in Texas. These dead are from Biden. They are the result of his deadly open border policies. They demonstrate the deadly consequences of his refusal to enforce the law,” Abbott posted on Twitter.

The Republican president published his comment along with a link to a Daily Wire report that published the death of 42 people, that number increased.