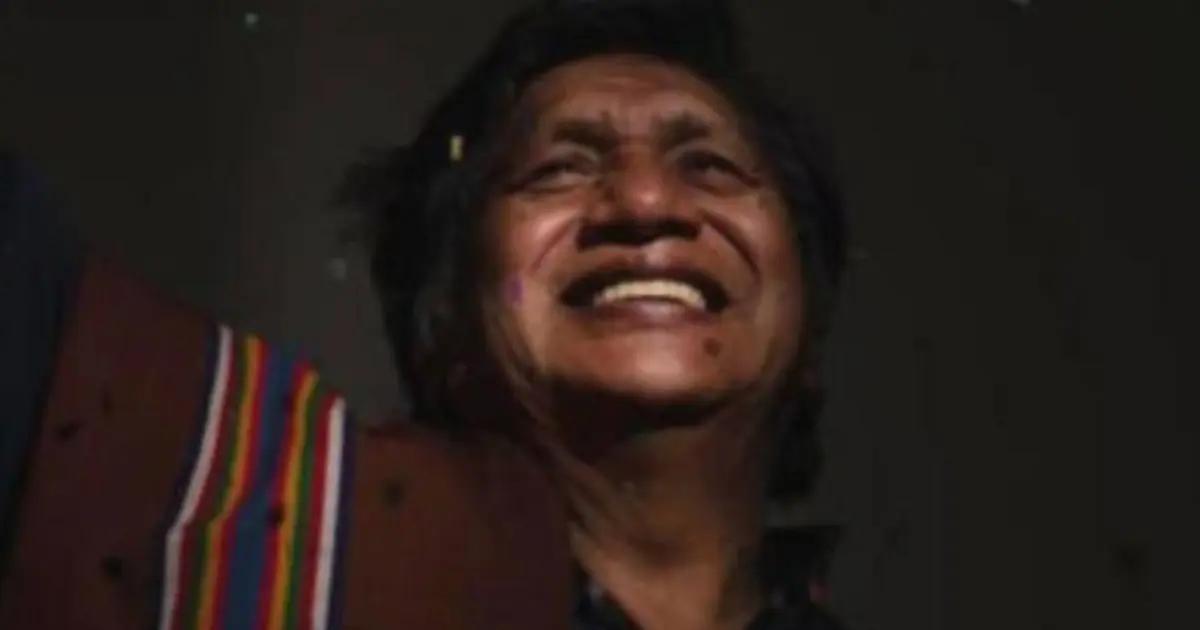 Don José, a highly regarded traditional indigenous healer from Peru and belonging to the San Francisco de Yarinacocha, was apprehended by Mexican authorities at the International Airport of Mexico City in March 2022 while transporting his ancestral medicaments to Mexico. At present, he remains in unofficial pretrial detention, along with three other indigenous individuals, who are accused of “introducing narcotics,” thereby infringing upon their human rights and the rights of indigenous peoples.

It is a lamentable situation that Don José has been imprisoned at the North Prison for transporting ayahuasca to Mexico. Ayahuasca is a vital element of Amazonian cosmovisions and is integral to indigenous healthcare systems, particularly for members of the Shipibo-Konibo people. This medicine plays a vital role in ancestral knowledge and is recognized and safeguarded as a cultural heritage of Peru and the encompassing worldview.

It is made from the vines of the Banisteriopsis caapi plant, which is often combined with the leaves of the Psychotria Viridis plant to create the traditional ayahuasca brew. The use of ayahuasca dates back centuries and is believed to have originated with indigenous communities in the Amazon region, who used it for spiritual, medicinal, and cultural purposes. Ayahuasca has a long history of use in traditional indigenous healing practices. It is an integral part of the spiritual and cultural traditions of many indigenous communities in the Amazon region. Some modern-day spiritual seekers and practitioners also use it as a tool for personal and spiritual growth, as well as for healing and self-exploration.

While en route to Mexico for an intercultural gathering in Yucatan, Don José was arrested by agents of the Secretariat of the Navy on the charge of alleged “crimes against health” for introducing a substance that they arbitrarily and unlawfully – and without any understanding of drug legislation – classified as a narcotic drug. Upon being transferred and presented before the Public Prosecutor’s Office, the protocol of action for those who dispense justice in cases involving the rights of indigenous persons, communities, and peoples issued by the Mexican Supreme Court of Justice of the Nation was utterly disregarded. The traditions, uses, and customs of the indigenous community were ignored.

In the investigation file, the Mexican authorities have treated Don José as a drug trafficker, bringing him before a District Judge Specializing in the Accusatory Criminal System. The implementation of the Protocol above is a constitutional obligation of the judges, who must necessarily consider the human rights norms recognized at the constitutional level, as well as the obligations arising from the international treaties signed and ratified by the Mexican State.

Additionally, they have failed to consider the rights of indigenous peoples to travel with their ancestral medicines under ILO Convention 169 (International Labour Organization convention). These authorities have also neglected to consider that ayahuasca is not regulated by the General Health Law, nor by the United Nations’ international treaties on Drug Control – as explicitly recognized by UN agencies – which constitutes another grave violation, among numerous others, of due process and the principle of legality.

This is an evident tragedy perpetrated and sustained by the Mexican authorities, who have disregarded respect for indigenous peoples and communities and have violated, on numerous occasions, due process, as Don José has never been tried with the procedural perspective that should govern, and whose trial has been postponed repeatedly due to the neglect of the judicial authorities. Furthermore, “unofficial preventive detention” is a concept that violates numerous human rights and whose application has been challenged at least twice in the Supreme Court of Justice and which contravenes the presumption of innocence.

How long will the Mexican legal system adhere to Article I of the Constitution concerning the recognition and respect of human rights and the prohibition of discrimination based on ethnic or national origin?

Article 2 of the Mexican Constitution acknowledges and ensures the right of indigenous peoples and communities to self-determination and autonomy and to preserve and enrich their languages, knowledge, and all the elements that constitute their culture and identity. Therefore, rather than rectifying the historical and systematic violations of the rights of indigenous peoples, the Mexican State is perpetuating them within the context of a failed “war on drugs.”

We will have to wait for the Mexican Supreme Court of Justice of the Nation to take up this case, similar to Jacinta, Alberta, and Teresa, who encountered structural inequalities of discrimination. That is to say, they encountered disproportionate barriers to exercise their rights and after four years of being deprived of their freedom, in conditions akin to those currently faced by Don José – a 63-year-old senior citizen – and that, perhaps after an “excuse me,” they will attempt to remedy the poor performance of the Mexican judges, a cause for judicial shame.

The importance of ayahuasca in the Peruvian ancestral culture

Ayahuasca holds significant importance in traditional Peruvian culture. It is a plant-based medicine used for centuries by indigenous communities in the Amazon region for spiritual, medicinal, and cultural purposes. Ayahuasca is considered a sacred plant and is often used in traditional healing practices and rituals, particularly in shamanic and indigenous spiritual traditions. It is also used as a tool for personal and community healing, as well as for divination and connection with the spiritual realm.

Many indigenous communities in Peru view ayahuasca as a vital part of their cultural heritage and identity, and it holds a central place in their cosmovision and worldview. The use of ayahuasca is protected and recognized as a cultural heritage by the Peruvian government, and it is an integral part of the traditional health systems of indigenous communities in the region.