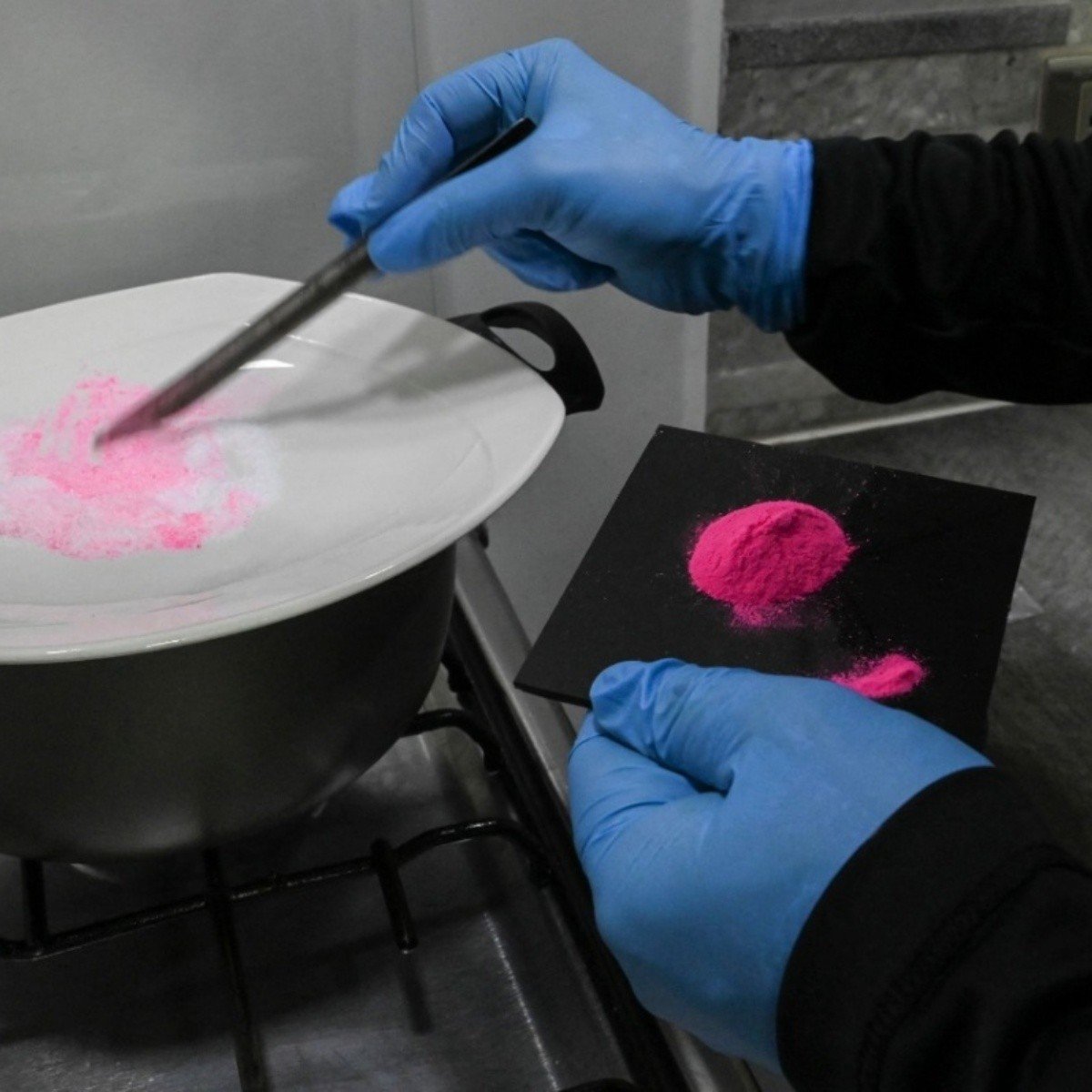 Far from the cocaine processing laboratories, deep in the jungle, any apartment in Medellin is where “tusibi,” Colombia’s party drug of choice, is cooked up.

In reality, “tusi” is a cocktail of several substances, mainly ketamine, an anesthetic used on animals. “Each cook manages his proportions, and there are as many recipes as there are cooks in the world,” explains a pharmaceutical chemist who prepares the mixture in a water bath to sell it at parties and among his social circle in Medellin.

His recipe contains mainly ketamine, to which he adds ecstasy and the hallucinogen mescaline.

All these substances are available on the black drug market in Colombia’s second city for $180. The 15 grams of pink powder that result from the process are worth about $1,500 on the streets. “It generates states of euphoria as if you were drunk. It generates joy, exaltation,” explains the “tusibi” cook, under reserve.

In other regions, the mixture includes psychiatric drugs from the benzodiazepine family and even opioids, highly addictive painkillers that have killed more than 500,000 people in the United States, explains Diana Pava, a toxicologist with the National University’s Psychoactive Substances Research Group.

Its name is an adaptation of the English 2C-B, a hallucinogen first synthesized in the 1970s in the United States and banned worldwide since 2001.

“This was created as a cocktail trying to imitate the original 2C-B molecule (…) we simply sought to generate a similar sensation”, says the chemist under reserve.

Detected by the state Drug Observatory almost a decade ago, “tusi” has infiltrated reggaeton verses and Colombian show business. Earlier this year, model Mara Cifuentes claimed to be in a rehabilitation center after several months of using the substance, and actress Yina Calderón admitted that her mother is “addicted.”

In his office in Medellin, toxicologist Juan Carlos Sanchez has treated several cases of “psychotic or delirious episodes.”

The NGO Acción Técnica Social, which runs a drug testing program at parties, analyzed 228 samples of “tusibi” throughout 2021.

The vast majority was a mixture of ketamine and ecstasy. Some 16% had dangerous opioids.