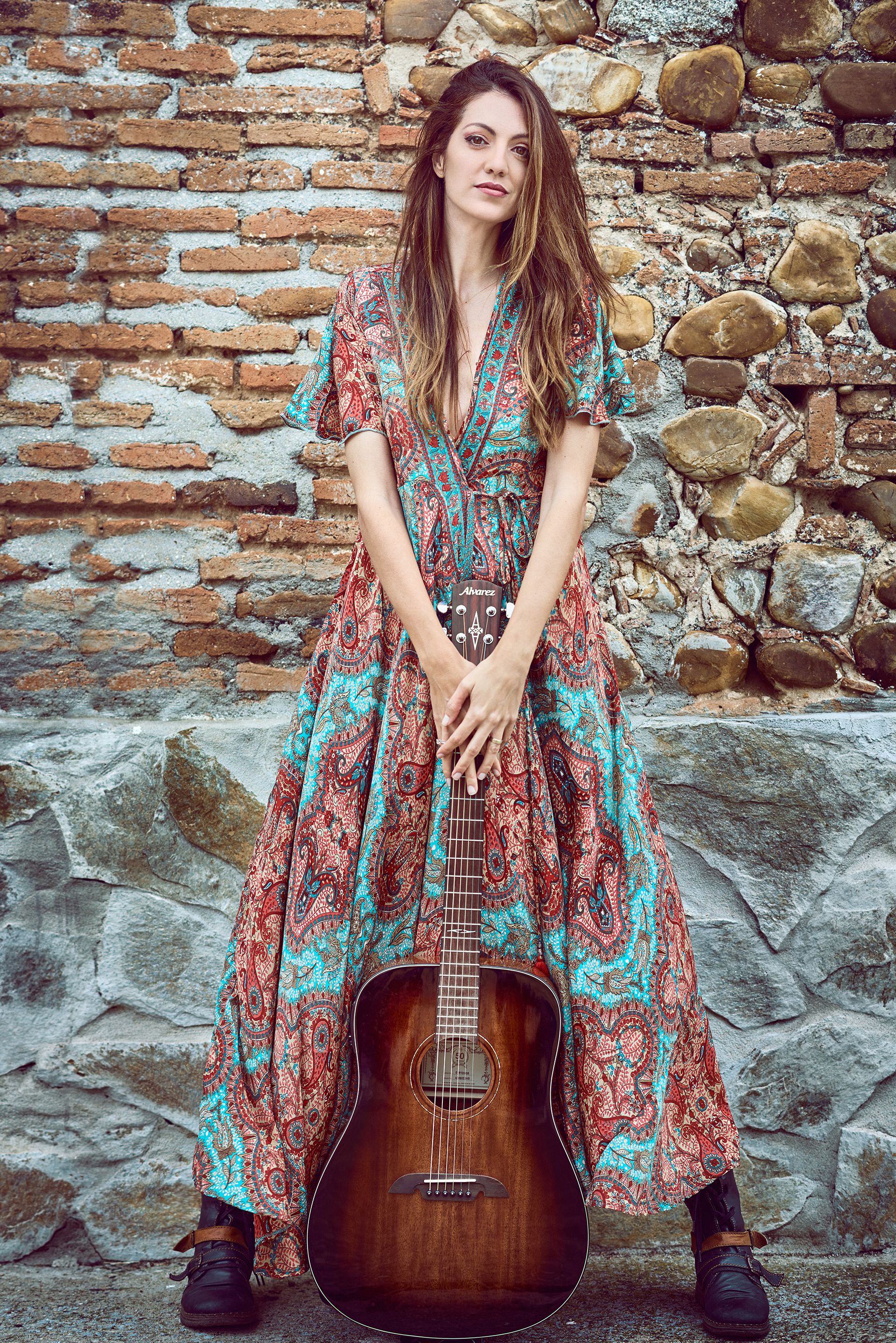 His voice is known all over the world. It is the source of consultation to get anywhere by car. We listen to her give directions permanently. Why? Because there is a person behind “the Galician GPS”, as she is popularly called. And of course there is: it’s called Susana ballesteros, is Spanish and has lived in Los Angeles for 15 years. She is also a journalist, broadcaster, and singer: she recently released her first video clip, I already take care of myself.

In addition, he does dubbing in international series and gives his voice to well-known characters from different fictions. This is how he met Eva De Dominici, who also lives in Los Angeles and is in a relationship with Eduardo Cruz, Penélope Cruz’s brother. For example, it was the Argentine actress who, in some way, introduced the Spanish artist. He did it through a post on his social networks on the occasion of the premiere of his new material. “This is Susana, my Spanish friend. You already know it. It is the voice of a very famous GPS. Does it ring a bell? Yes, I swear to you that it is she ‘the Galician’ who guides you. But, in addition, she is releasing her first video clip and I am very proud. Follow her. And in 200 meters, turn right “, he wrote making a play on words between the different works of Ballesteros.

“Eva is divine. I met her through mutual friends and we became friends. In addition, we train together, with the same personal trainer “, says Susana in an exclusive interview with Teleshow, from Los Angeles, where he arrived from Spain in 2006 with the aim of working and succeeding with his voice.

Susana Ballesteros has just turned 40 and the same time that she has been living in Los Angeles is the one that is in a relationship with Gerardo, her Argentine husband, whom she met when she arrived in the United States from Spain. What was the reason for that trip? Pursue your dream. “I was always interested in working with voice and dubbing, but it seemed to me that in my country it was a very closed circle, it was difficult. And I thought it was impossible to work there “, says who studied journalism and did a master’s degree in a local radio station. She was also an entertainment news writer for Spanish television.

In parallel, she trained as a classical violinist, played in orchestras and remained linked to music. He didn’t want to lose that passion to make art with his voice. And, in the middle of that professional search, a producer of the show she was working on suggested that she travel to Los Angeles, which would put her in contact with people who lived there and she could start her journey slowly. And that’s how she met her husband, who is also a journalist and broadcaster. It was only three days after his arrival in the city. “The rest is history”Susana recalls the relationship that began in 2006. Today they are the parents of two girls of eight and six years old.

Already settled in Los Angeles, the singer worked as a writer and broadcaster. “You have to practice your Latin accent and get your Spanish out. It’s difficult, ”her husband told her. “What is difficult?” Susana withdrew and began to study: six months later she was doing doubles for series: you can listen to her on Grey’s Anatomy Y The Bold and the Beautiful, among other.

Until she decided to consolidate her career in music, as she wanted to do since she was a child, when she stood in front of her mother and said: “Mom, I want to be a singer”. And those words continued to sound in Susana for more than 30 years. “I thought it was very difficult, that I couldn’t. I was always a bit shy “, highlights who to this day gives singing classes. He did covers for YouTube and continued composing and working in his studio.

What prompted you to launch yourself as a singer? “More than a year ago I started doing therapy. I opened up, and said ‘I’m going to record a song’. I started writing a lot more, I contacted an Argentine producer, I launched it and here we are. Very happy! ”, Continues Susana and, in some way, she reproaches herself for not having encouraged until now: “How have I not done it before? I’m passionate about singing! “.

Years ago, when the now established singer wanted to be an artist and show her voice to the world, she signed up for Triumph operation, that edition from which David Bisbal, among others, came out. From that first casting, he remembers that it was in a football stadium and that he was amazed by the talent of all those who had appeared. “Until I’m like Christina Aguilera, I don’t deserve to call myself a singer”she told herself. He lacked confidence, he says.

“Then I learned that singing is expressing oneself, and that everyone has their own style.” And little by little he began to gain the confidence he needed to encourage himself to do what he wanted most: he took guitar lessons to incorporate more instruments. “The song is very well received,” he highlights about I already take care of myself and adds: “The message is to reaffirm that you can find your own way, carry out your dreams. In my case it has been difficult to know what I wanted, and to carry it out even more complicated, to understand what the inner child wanted. But I am very happy because it is something of mine, totally sincere that I wrote honestly. And it is an immense joy to know that it reached so many people and they liked it ”.

Susana confides one of her biggest secrets: writing thinking that no one is going to listen to the song. The reason? “I would end up composing for the other and not for me,” warns who is preparing a series of shows: the first will be given on January 7 in Santa Monica, California.

“I think I’m indecisive, but I look back and see that I actually got everything I wanted. I am happy and proud. Success is having managed to get the song to be born. I am very excited that my voice travels more than I travel”Continues Susana Ballesteros, whose voice became known worldwide in 2014 when she started working for a GPS brand.

It also did it for other applications and advertisements. “When I record I think a lot about the listener: I imagine the Argentine taxi driver, a young man driving. And I do it with the greatest respect ”. Now, what happens when she gets in the car and has to ask herself how to get to a certain place? “It’s ironic because in general I have a bad sense of direction and I don’t usually give directions in life,” he clarifies. Before ending the interview, Susana Ballesteros -still enjoying the success of her song- celebrates being able to accompany her daughters -who “love to listen to her” – on each trip, her friends and all those who do it through GPS and now also through music.

Ladies On Mars, the Argentine DJ who worked for Donna Summer, Depeche Mode and toured the world with his music

He left psychology for music and his first show was before 130 thousand people: the story of Lucas Edi

Unexpected change of course: at age 26, Stéfano De Gregorio put his acting career on hiatus to become a professional footballer

From stalking celebrities to competing with them: the path from Juariu to Masterchef Celebrity

Payamédico, humorist and ex Without Coding: who is Santiago Korovsky, the assistant of Nancy Dupláa in The Kingdom