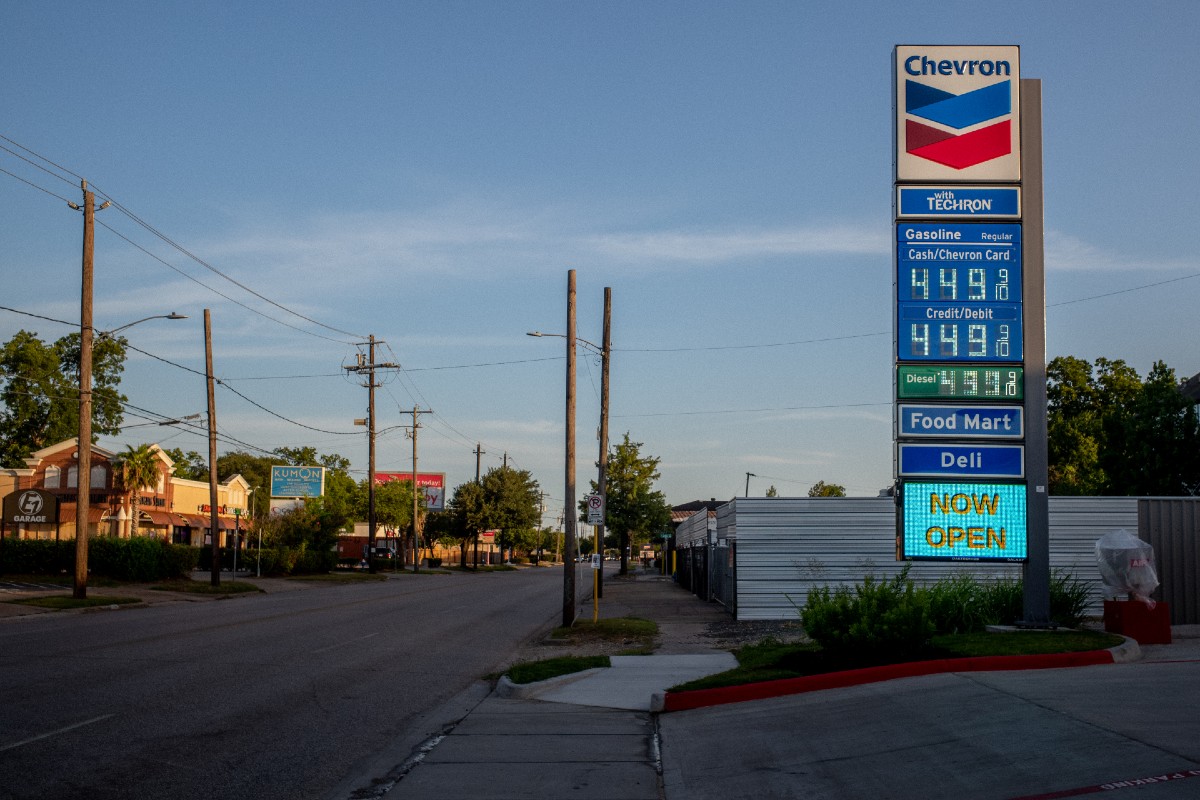 Finally, and after several weeks of pain in the pump, Gas prices have started to give drivers some reliefwho seemed resigned to paying expensive fuel or changing their transportation habits.

For a few weeks now, prices at utility pumps have seen daily drops of a few cents and, according to experts, prices are expected to fall a little more in the coming weeks.

While this is good news, the question is how far will prices go? and, perhaps more importantly, how long will they stay low?

According to some analysts, in the coming weeks the prices of a gallon of gasoline could drop between 40 and 65 cents.

How is the price of gasoline now

Last June, the average price of regular gasoline throughout the country crossed the $5 dollar ceilingwhich predicted a summer with red hot prices.

However, since that record and as the vacation days approached, prices have begun to fall until, this week, 80% of gas stations in the United States sold a gallon for less than $5 dollars.

According to AAA, the average price of a gallon of gasoline this Thursday was $4.75 dollars nationwide; Drivers in California continued to experience the highest average price at $6.18 per gallon.

Why is gasoline going down?

One reason fuel costs are going down has to do with drop in international crude oil prices they are doing it too.

In recent weeks, the price of the blend considered by markets to be the international benchmark, West Texas Intermediate, has seen a steady decline.

After the Russian invasion in Ukraine, the prices of American blend shot up to $120 a barrelwhich also revolutionized prices for drivers in the country.

However, from those highs, West Texas Intermediate has fallen below $100 this week, which has not been seen since last May.

But the international factor is not the only one that is reflected in the bomb, but the demand for gasoline in the country it is also having an adjustment in the face of high prices and inflation.

This phenomenon is being complemented by a gradual increase in the supply of gasoline, which is balancing demand and supply and, therefore, cooling prices.

A third factor at play is the tax relief that various state governments have put in place to lower high prices; including President Joe Biden’s decision to establish a federal gas tax exemption.

How low can gasoline go?

The behavior of oil prices gives a clue to experts who believe that gasoline prices will continue to decline.

According to Patrick De Haan, head of oil research at GasBuddy, prices at the pump could fall between 40 and 65 cents in the coming weeks, if international market conditions do not changeaccording to two posts he made on Twitter.

For Citi’s managing director and global head of commodity research Ed Morse, the international price of oil could fall almost 50% from the peaks it reached in March past, at $65 dollars a barrel, he said in an interview for CNBC.

However, the behavior at the pump will depend on oil prices not rising again and on the behavior of demand in the midst of the expected summer holidays.

You may also like:
– The perception of Americans about the economy and finances worsens, according to a survey
– Gasoline price: how many miles can you travel with $40 dollars around the world
– 10 small cities in the US considered the best option to start a microenterprise, according to study