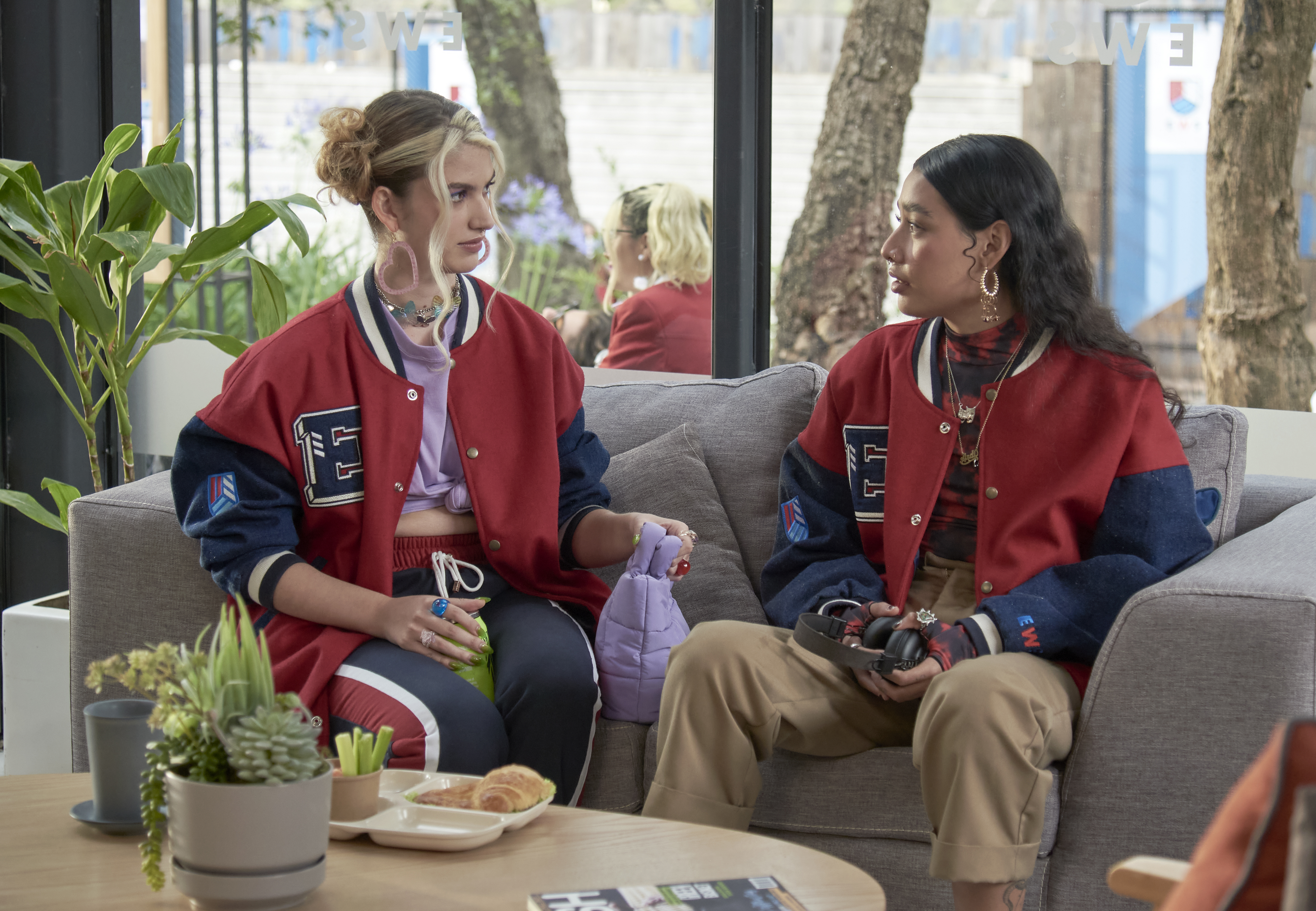 “To be a rebel is to be free,” the Mexican actress says in an interview with Efe. Lizeth selene, who is part of the new series “Rebel“, A completely revamped version of the 2004 telenovela of the same name.

“I believe that to be a rebel is to be free, people are very scared that you are free, they say: ‘it is too rebellious’“, Deepens the singer born in the southern state of Guerrero.

For his project partner, the Brazilian Giovanna grigio, this word associates it more with the courage to face the world as one is.

“To be a rebel is to have the courage to be oneself, with so many things imposed by society and by people saying what we have to do and how we have to do it, for me to live honestly is an act of rebellion“, Exposes the actress of soap operas like” Chiquititas “(2013) and assures that since she dared to be insubordinate, she enjoys life more.

“All my life I was the good girl, but I discovered many beautiful and interesting things about myself when I began to be more rebellious“, Add.

Both give life to two tough women in “Rebelde” and, together with the rest of the protagonists, they give life to misunderstood young people who will seek their place in the world of music, but mainly in the musical excellence program of the Elite Way School, now EWS, of which they are part as the new generation.

Although the series is set in the universe of the 2004 Mexican version, the recent proposal raises new paths, characters and horizons as it is not a “remake” of the popular telenovela.

In the current version there is room to praise the greatness of the group RBD, emerged from the project of the Televisa company, and the success of said band is taken as an example by the new students who live in the prestigious school.

“It was nice to have the freedom to create people that didn’t exist yet. It was a great honor, we really like ‘Rebelde’ (the old version) and that is precisely why we have a lot of respect“, Assures Grigio.

Selene is Andi, a serious young woman who has conflicts with her parents and a lover of drums who will arrive wanting to show her full potential.

“Andi feels a lot and that makes her suddenly have a bad temper, but she is a good friend, she is the drummer, she does not have a good relationship with her parents and music helps her escape from that realitySelene says.

Most of the leading boys do not have a good relationship with their parents and a large part of the conflicts with adults is their rejection of their children’s desire to become musical stars.

Little is known about the character of Giovanna, the title of villain does not fit perfectly, as described by the actress and her difficult personality will be revealed little by little.

“Emilia is a complex person but I understand her. She is a foreign student studying in Mexico who has her dreams and does everything to fulfill them, I think that’s why sometimes she doesn’t worry about feelings with others“, He relates.

In addition, the new protagonists of the series recall -on occasions- the personal history or personality of the characters of Mía, Roberta, Diego, Lupita, Miguel and Giovanni, the figures of the global phenomenon RBD.

Despite this, the plot seeks to connect with new generations by including issues of cultural diversity, with a cast from Argentina, Brazil, Mexico, Colombia and the United States, as well as sexual diversity, among other things.

An example of this is the story of the characters of Selene and Grigio.

Andi, is a queer girl who will start a very special story with Emilia, who has had influential boyfriends at school.

“They will be able to identify with our history, yes there is a lesson talking about personal tastes or fears for being such a thing, but there is an experience that people will be able to see on television and identify“, Assures Selene.

The series, which will premiere on the Netflix platform on January 5, maintains the somewhat innocent tone of the previous version, but is modernized with the themes and visual narrative.

And the fact that it is separated from the previous version, by producer Pedro Damián, does not mean that fans will find in this new story vestiges of the past and surprises about the rest of the cast that makes up the series.