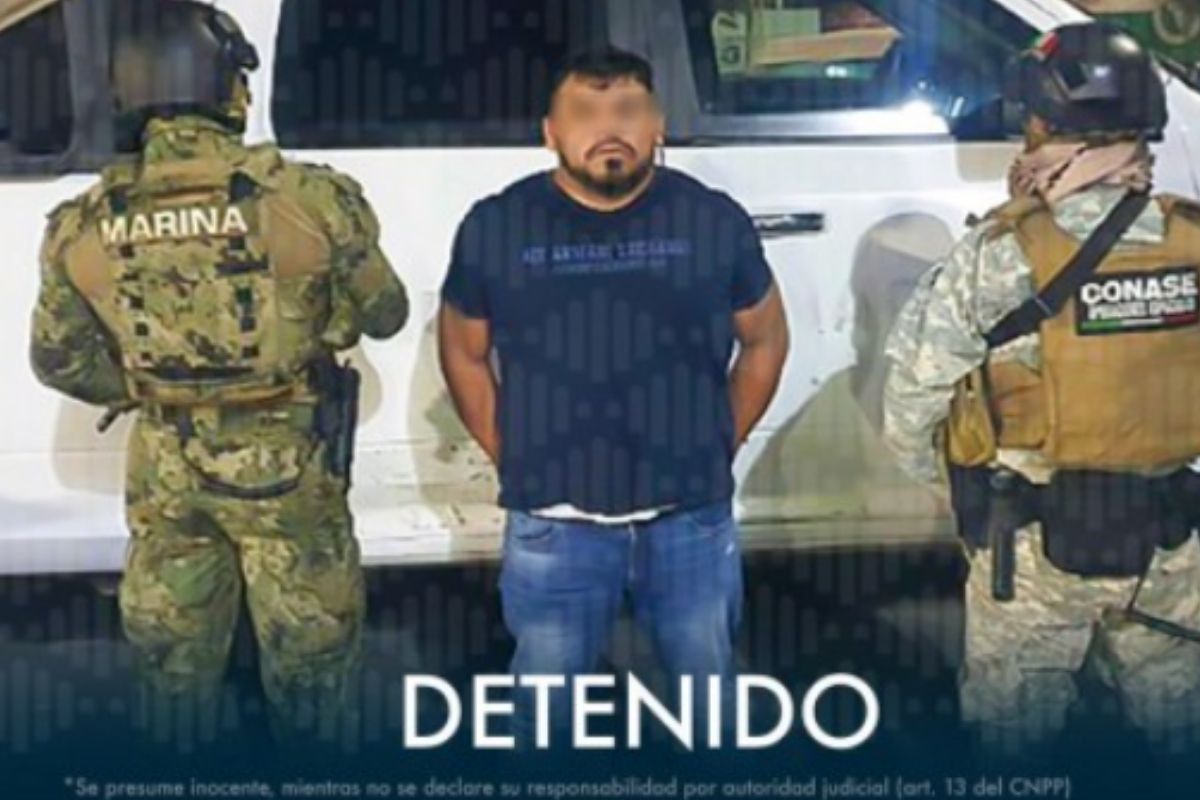 Photo: Image taken from the General Prosecutor of Justice of Querétaro / Courtesy

The Secretariat of Security and Citizen Protection announced that Salvador Reséndiz Hernández, alias “Rex” was learned in Mexico City, after several months of searching for it.

The alleged leader of the criminal group “Los Hades”, a criminal cell of the Jalisco Nueva Generación Cartel (CJNG) and a huachicolero leader It is related to criminal acts of drug dealing, theft of hydrocarbons and theft of motor transport in the states of Querétaro and Hidalgo.

The Financial Intelligence Unit (UIF) announced that the “Rex” has an investigation against him, which is why his financial accounts were blocked.

Alias ​​”Rex” also has a couple of arrest warrants in force in the state of Querétaro for homicide.

They also announced that once they identified the kingpin, as well as his modus operandi A working group was established that was made up of various areas of the federal and state security cabinet that worked together to arrest the criminal.

The arrest of Salvador Reséndiz Hernández was not easy, however, after several months they managed to capture him at dawn last Wednesday.

To say of the Financial Intelligence Unit, UIF, the offender was placed at the disposal of the authority competent to determine their legal situation, likewise will notify the homologous authorities of neighboring states in case they have files against the accused, the evidence is presented before a judge.

The high rate of violence exerted by the “Rex” positioned it as a priority objective in these entities.

It is expected that in the next few hours the corresponding authorities will make known the legal situation of the “Rex” who after his capture gives a strong blow to organized crime in Mexico.