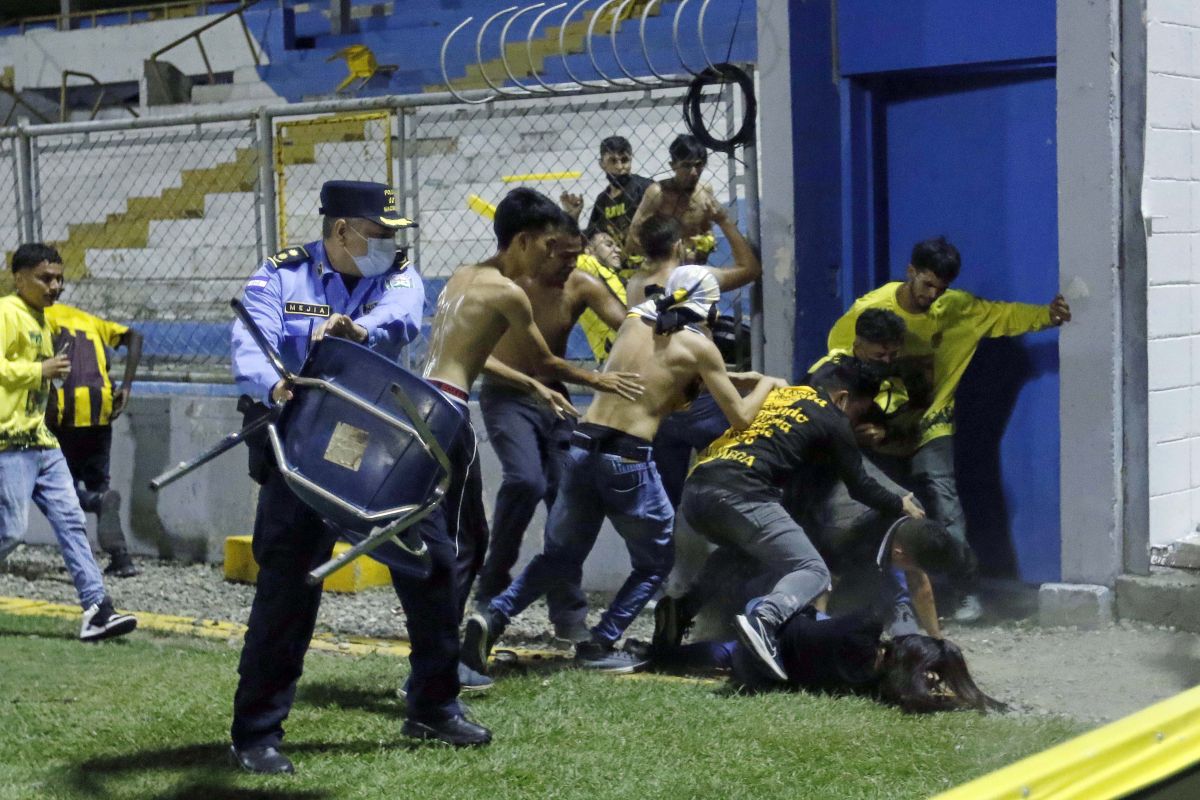 The classic of Honduras between Real Spain and Marathon was suspended this Saturday for acts of violence between supporters of both teamswhich left injured, at the beginning of the twelfth date of the Closing Tournament.

The game was suspended at minute 29, after a confrontation between supporters of the clubs, some throwing stoneswhich forced the majority of Real España fans, including men, women and children, to invade the field to avoid being attacked.

Real Spain won the match 1-0 from the first minute of play, through the penalty converted by the Argentine Ramiro Rocca. The few elements of the National Police they couldn’t control the situation.

The League will define next Tuesday if it reschedules what was left of the match, which was played at the Francisco Morazán Stadium, in San Pedro Sula. This is the second city most important in Honduras.

Real Spain played at home and it was presumed that, precisely to avoid confrontations between supporters of both teams, to the stadium only followers of the same club would enter.

In a statement, the team led by the Argentine Héctor Vargas indicated that the followers of the Marathón, whose helmsman is the Uruguayan Manuel KeosseiánThey were the cause of the riots. in the stadium that led to the suspension of the game.

The rest of the matches

Victoria, momentarily assumed the leadership of the tournament by beat Motagua 1-0 at homewho suffered his fourth consecutive loss and the fifth so far in the tournament.

Due to administrative matters, the new coach of Motagua, the Argentine Hernán Medina, could not be on the bench, although in fact he directed from the stands.

The Colombian Yaudel Lahera, at minute 40, scored a header that gave victory to Victoria, whose goalkeeper, Harold Fonseca, was decisive so that Motagua, who had a higher volume of play, did not achieve at least the tie.

Visiting Real Sociedad beat Honduras Progreso 1-0. The day will be completed on Sunday with the Platense-Universidad Pedagógica and Olimpia-Vida games. Olimpia will seek to recover the first place that Victoria assumed today with its victory against Motagua.

You can also read:
– The same story of Querétaro: 68 fans go to jail for a pitched battle in a soccer match [Video]
– Atlas fanatic who had been declared dead leaves intensive care
– Former Real Madrid player receives several stitches because a fan hit him with a phone [Video]