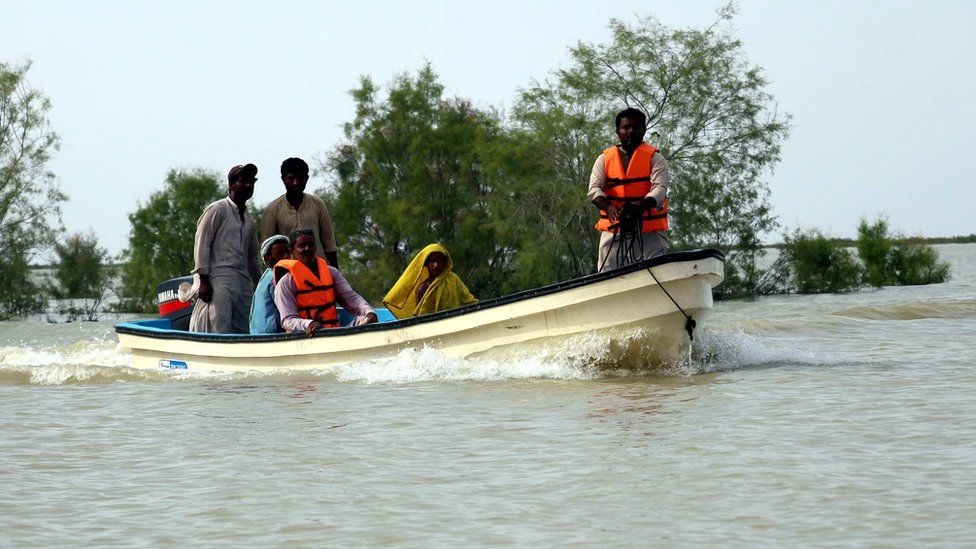 The potential catastrophic outcomes of climate change, including human extinction, they’re not getting enough attention from scientists, according to a new analysis.

The authors of the article, published in the journal of the National Academy of Sciences of the United States, PNAS for its acronym in English, point out that if adequate measures are not taken, extreme warming could be a reality. However, this scenario is little studied.

“There are many reasons to believe that climate change could become catastrophic, even with modest levels of warming.said Luke Kemp, a researcher at the Center for the Study of Existential Risk at the University of Cambridge in England and lead author of the paper.

“Climate change has played a role in every mass extinction event. It has helped topple empires and shaped history.”

The authors ask: “Could anthropogenic climate change result in the collapse of global society or even eventual human extinction?”

“Currently, this is a dangerously under-explored topic“, they add.

Recent attempts to address the more extreme consequences of global warming have mostly come from popular books like “The Uninhabitable Earth” and not from conventional scientific research.

The authors of the new study argue that it is time to investigate more extensively the possibility of what they call “the end game of climate change.”

They also urge the United Nations International Panel on Climate Change, IPCC, to publish a report specifically on the risk of catastrophic change.

IPCC reports have focused on the impacts of 1.5°C or 2°C warming above the temperatures observed in 1850, before the start of global industrialization.

Those temperatures have been the main focus of international efforts to combat climate change.

In the 2015 Paris agreement, almost every nation on the planet committed to keeping global temperature rise “well below” 2°C this century and making efforts to keep it below 1.5°C.

Maintaining those limits this century will place a heavy burden on world economies, but the IPCC studies do not mention catastrophic consequences such as the extinction of humanity.

what path are we on

Estimates of the impacts of a 3°C temperature rise are underrepresented compared to its likelihood, according to the authors of the analysis.

How feasible is it to reach that increase?

The planet’s temperature has already risen on average by about 1.1 and possibly as much as 1.2, according to the IPCC’s August 2021 report.

As for future increases, a study published in April in the journal Nature pointed out that if all the long-term objectives announced by the countries at COP 26, the Glasgow climate change summit in 2021, were met, warming could be contained in 2°C

However, the UN Secretary General, Antonio Guterres, recalled in March this year that keeping the temperature increase below 1.5 °C still requires a drastic 45% reduction in CO2 or carbon dioxide emissions. of 45% by 2030.

Guterres warned that current government plans will lead to a nearly 14% increase in CO2 emissions this decade.

“We are sleepwalking towards a climate catastrophe,” Guterres said.

“In our globally connected world, no country or corporation can isolate itself from these levels of chaos.”

Using climate models, the new analysis led by Kemp shows that with a temperature rise of 3°C by 2070 around 2 billion people living in some of the world’s most politically fragile areas would endure average annual temperatures of 29°C. .

“Average annual temperatures of 29°C currently affect about 30 million people in the Sahara and the Gulf coast,” said Chi Xu, a researcher at Nanjing University in China and another author of the new study.

“By 2070, these temperatures and the social and political consequences will directly affect two nuclear powers and seven maximum containment laboratories that harbor the most dangerous pathogens. There is serious potential for disastrous side effects“, he added.

It is vital to study possible combined and collateral effects of global warming.

“Pathways to disaster are not limited to direct impacts of high temperatures, such as extreme weather events. Secondary effects, such as financial crises, conflicts, and new disease outbreaks, could trigger other calamities,” the authors say.

“This is how risk plays out in the real world. For example, a cyclone destroys electrical infrastructure, leaving the population vulnerable to a deadly heat wave.

And there should also be more studies to identify possible turning points or points of no return that can cause chain reactions.

Those tipping points would be, for example, methane emissions rising sharply from thawing permafrost or forests starting to emit carbon instead of absorbing it.

Not to scare, but to “galvanize”

The researchers noted that seriously studying worst-case scenarios is vital, even though it might scare people.

Investigating catastrophic scenarios would allow scientists to consider emergency options such as engineering solutions, including pumping refrigerants into the atmosphere, they add.

Focusing on worst-case scenarios could also help better inform the public and make even those catastrophic changes less likely.

“Understanding these plausible but bleak scenarios is something that could galvanize both political and civilian opinion.Kemp stated.

“We saw this when the idea of ​​a possible nuclear winter was identified. That helped fuel public efforts and the disarmament movement during the 1970s and 1980s.”

“I hope that if we can find similar clear and concrete mechanisms when it comes to thinking about climate change, this will have a similar effect.”

The call for studies on extreme scenarios is viewed favorably by many young climate activists, who say the real risk of climate change has not been sufficiently addressed for fear of scaring people off.

“It is vital that we have research into all areas of climate change, including the terrifying reality of catastrophic events,” Laura Young, a 25-year-old British climate activist, told the BBC.

“Without the full truth about all potential impacts, we won’t make the informed decisions we need and push climate action hard enough.“.

“For years, climate change has been a topic avoided, hidden and distorted by disinformation campaigns. This must stop now, especially for the younger generations who will have to deal with the consequences of years of pushing the Earth to the limit.”

* There are more cases of hepatitis E due to climate change
* The oceans are a source of climate solutions
* What is the heat dome, the phenomenon that causes extreme temperatures in the United States and other parts of the world