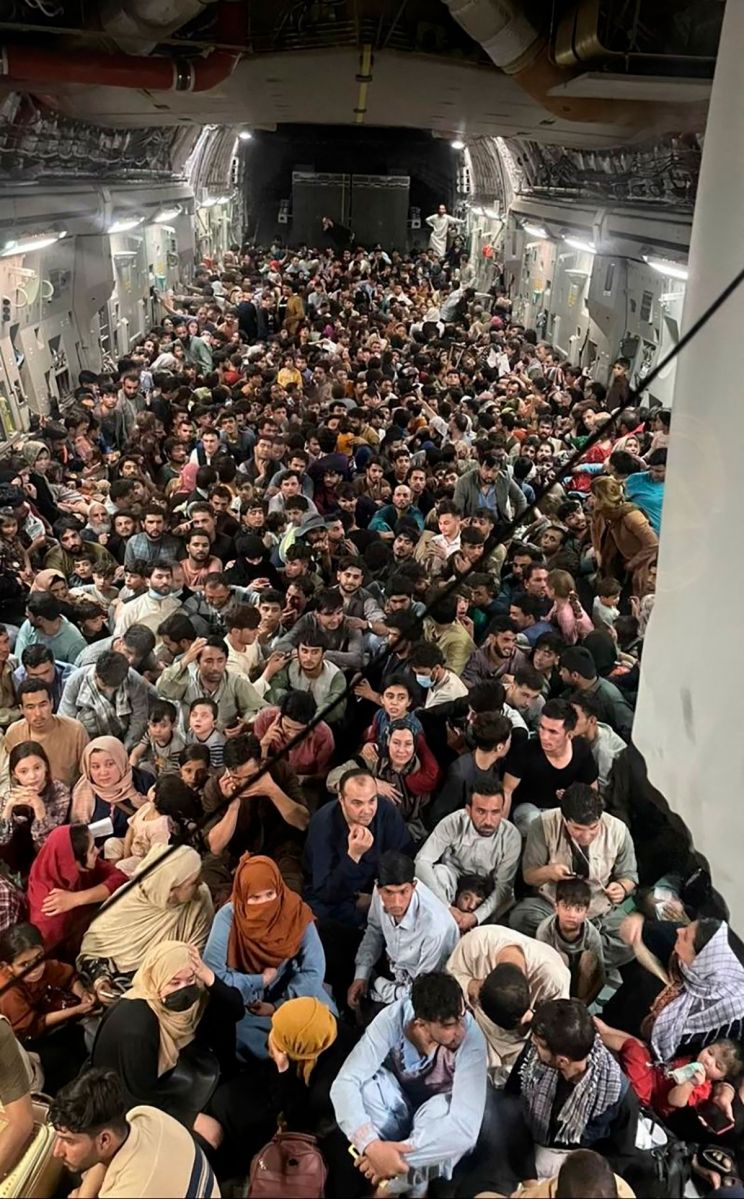 A shocking image, which went viral on social media, appears to show hundreds of people crammed into a US Air Force C-17 plane taking off from the Afghan capital Kabul for Qatar on Sunday.

In a desperate attempt to escape Kabul after Taliban forces seized control of the capital, hundreds of terrified Afghans, who had already been cleared to leave the country, managed to enter the plane’s semi-open ramp.

Instead of forcing them out, the crew decided to take off.

According to Defense One, a US defense and security news site, which claimed to have obtained the image of the military, about 640 people were aboard the Globemaster III C-17, many more than its indicated capacity.

The flight was not planned to carry such a large load, but some terrified Afghans climbed onto the C-17’s semi-open ramp, Defense One reported.

Rather than attempting to eject citizens from the aircraft, “the crew made the decision to take off,” a defense official told Defense One.

“Approximately 640 Afghan civilians disembarked from the aircraft when it reached its destination,” added the defense official.

The flight was one of several that was able to take off with hundreds on board, and others may have carried more passengers.

The image is in stark contrast to the chaotic scenes of a day later, when thousands of people packed into Kabul airport on Monday and people were seen clinging to the side of moving military planes.

Flights were temporarily suspended and at least seven people were reportedly killed at the airport on Monday.

Video footage was also viewed showing hundreds of people running alongside an aircraft carrier military while traveling down the track.

US defense officials reportedly said that passengers who boarded the C-17 on Sunday, including women and children, were safely evacuated from Kabul to Qatar.