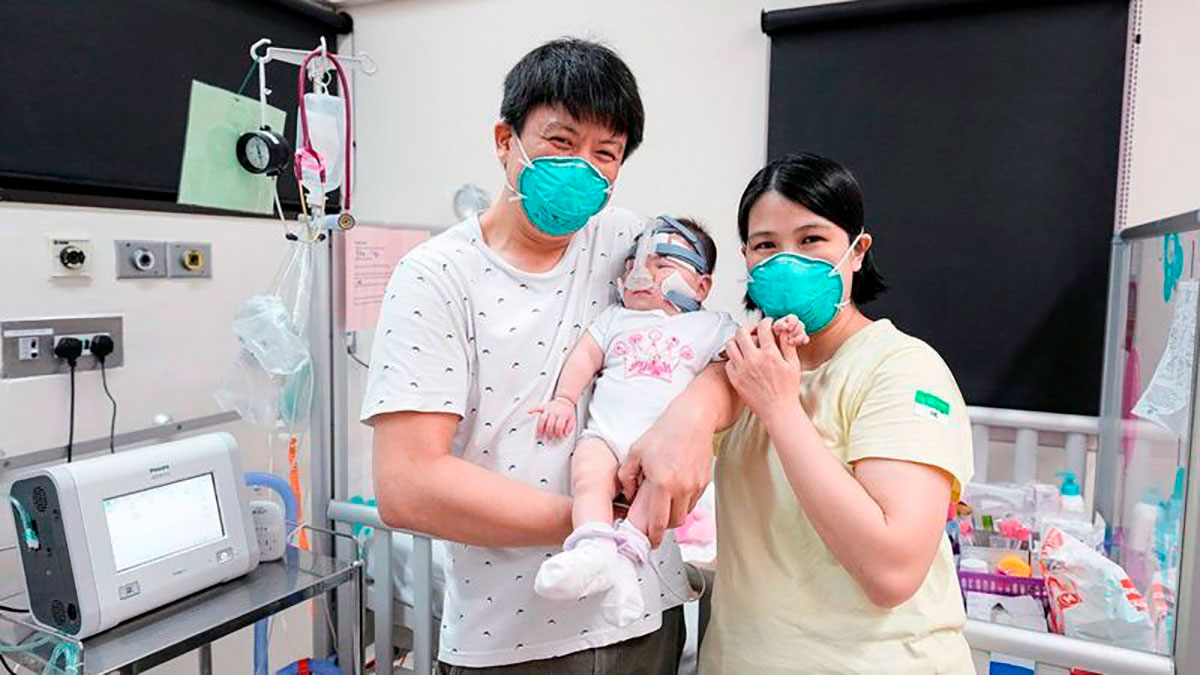 After 13 months in intensive treatment, a baby, considered the smallest at birth, was discharged from the hospital where she was in Singapore.

Was born after just under 25 weeksgestation, well below the average of 40 weeks.

And he made history, beating the record that, according to the University of Iowa’s Smallest Baby Registry, a girl born in the United States had since 2018 who weighed 245 grams.

Wong Mei Ling, Yu Xuan’s mother, had an emergency cesarean section four months earlier, after she was diagnosed preeclampsia, a condition that causes dangerously high blood pressure that can damage vital organs and be fatal to both mother and baby.

Yu Xuan, who now weighs 6.3 kg, had a “limited chance of survival,” according to the National University Hospital of Singapore (NUH), where he was born.

“Against all odds, with the health complications present at birth, she has inspired the people around her with her perseverance and growth, making her an extraordinary ‘Covid-19’ baby, a ray of hope amidst the turbulenceThe medical center said in a statement.

During his stay in the hospital, Yu Xuan received multiple types of treatment and relied on different machines to survive.

Doctors say her health and development progressed well under their care and that she is now well enough to be discharged.

Yu Xuan still has a chronic lung disease and will need help breathing at home. However, NUH doctors say it is expected to improve over time.

The mother told local media that Yu Xuan’s premature birth and size came as a shock because her first child, a four-year-old boy, was born full-term.

Yu Xuan’s parents were able to pay for his long hospital stay through a crowdfunding campaign which raised $ 270,601.