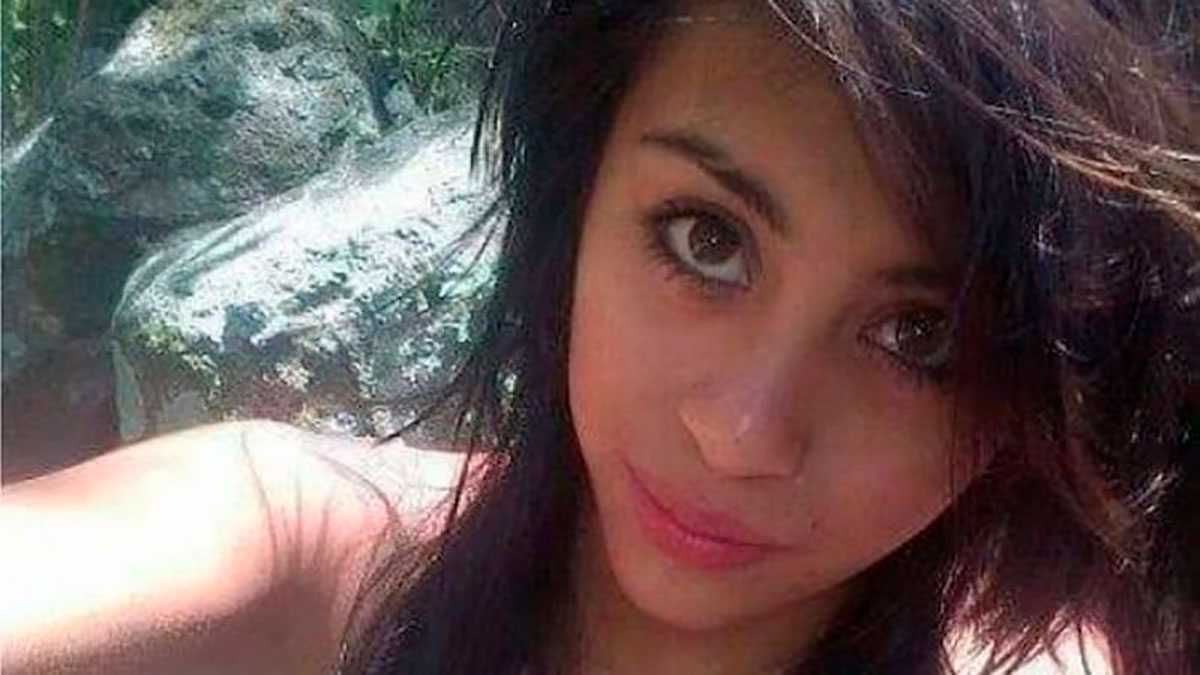 Vianney Hernández recalls how helpless she felt that day in December 2016 when a gang arrived to take her 13-year-old daughter Ashly.

The gang leader, who was in a relationship with Ashly, threatened to kill the entire family if they didn’t let her come and live with him.

Ashly had met the boy at school in a poor neighborhood in Guatemala City, where they lived.

“He was handsome, a little older than her,” Hernández recalls, adding that her daughter was rebellious and with an appetite for adventure.

Vianney was determined to snatch Ashly out of the gang’s hands, and after the police found her, she decided to send her to a home state for children at risk, so that he was away from the boy and his environment.

Ashly had already been there once and her mother knew well that the family court’s description of the benefits of the Virgen de la Asunción Safe Home, located in San José Pinula, was far from reality.

Before Ashly entered the home, Vianney had been told that her daughter would have food, clothing, education, and counseling.

Instead, “the monitors sent the inmates who had already been there for a while to beat him. But since she wouldn’t let herself, they punished her, ”says Vianney, remembering what her daughter told her.

Home was oversaturated and dirty, and the food was often “spoiled.”

But since the gang was unlikely to leave Ashly alone, Vianney figured sending her daughter to the Virgen de la Asunción Safe Home would be the lesser of two evils.

Otherwise, “they chop her up and leave her on my doorstep,” says Vianney of her fears at the time.

Like Vianney, many families sent their children home with the best of intentions, regardless of the criticism the place had received from organizations in Guatemala and abroad, including the United Nations and the Inter-American Commission on Human Rights.

Some parents suspected that something was wrong in the home but did not know the full extent of the abuse.

Mirsa, 16, was one of the girls who were too scared to speak.

“She was never able to tell me anything about what was happening there,” recalls her mother, Roxana.

“He once told me: ‘I’m not going to say anything else because they beat me, they lock me in a dark room and they don’t give me food.’

Mirsa had been sent home by a judge after she escaped from the gang that had tried to recruit her by force. The judge thought she would be safer there than in the gang-controlled neighborhoods of Guatemala City.

Too scared to tell their parents about the conditions at home, Mirsa, Ashley, and others came up with a plan.

But the police did not take long to locate them and take them back to Virgen de la Asunción, where 56 girls were locked up in a classroom designed to accommodate 26 people.

A subsequent investigation revealed that the girls were not even allowed to leave the classroom to go to the bathroom. If they wanted to relieve themselves, they had to do it in a corner.

In the morning, they gave him breakfast in the same dirty room.

Desperate to get out, one of the girls struck a match. The flames spread rapidly.

The girls pounded on the door in panic. But it remained closed for nine minutes.

“Let those daughters of the great whore burn, let’s see if as they are good to escape they are fibrudas to leave,” said the deputy police inspector who had the keys, according to the testimony of her subordinates.

Roxana Tojil rushed to the hospital.

All the girls looked the same: bandaged, with charred skin, he said.

“And they shouted (…) ‘Help, help. Come pour me water, ‘they said. ‘I’m burning’. They no longer had a fire but they felt they were burning ”.

Eventually, Roxana found Mirsa. She was in the morgue, dead.

Ashly was also in the morgue, but Vianney refused to acknowledge her daughter’s burned body.

“I do not go. I’m not going to see my daughter as the state gave her to me, ”Vianney recalls. “I’m going to have her here in my heart as she was cute.”

At the funeral, Vianney hugged the coffin.

“I just hugged the box and promised her that I would go to the end, if God allowed me and she too, to seek justice, because what they had done to her, she was not going to go unpunished.”

Twelve civil servants They are on trial and face charges ranging from wrongful death to abuse of authority. But the families of the victims say the legal processes have been slow and frustrating.

Hearings were repeatedly suspended even before the COVID pandemic struck.

The judge in the case told the BBC that the reasons for the delays were varied, including appeals from both parties, the temporary absence of a defense attorney, and a general work overload that led to court hearings at times. Different cases will be scheduled at the same time, causing the judge to cancel one of them.

Vianney says she is furious that only three of the defendants are in pretrial detention and the other nine are enjoying the comforts of their homes after being placed under house arrest.

In the meantime, you are trying to find a job that is flexible enough to allow you to attend court.

The hearings have been painful for the mothers, as the defense has tried to blame girls of the deaths, arguing that they started the fire.

The mothers themselves were also criticized in Guatemala for having sent their daughters to a home like that.

Vianney wants to know what exactly happened at the home, not just in the time before the fire but in the years before, after allegations of human trafficking emerged.

He is also fighting to preserve the evidence of the fire.

On June 14, he asked a judge to stop reopening the classroom where the fire occurred, which would have compromised any evidence within it.

“The souls of our daughters are still there, demanding justice,” he says with a broken voice.