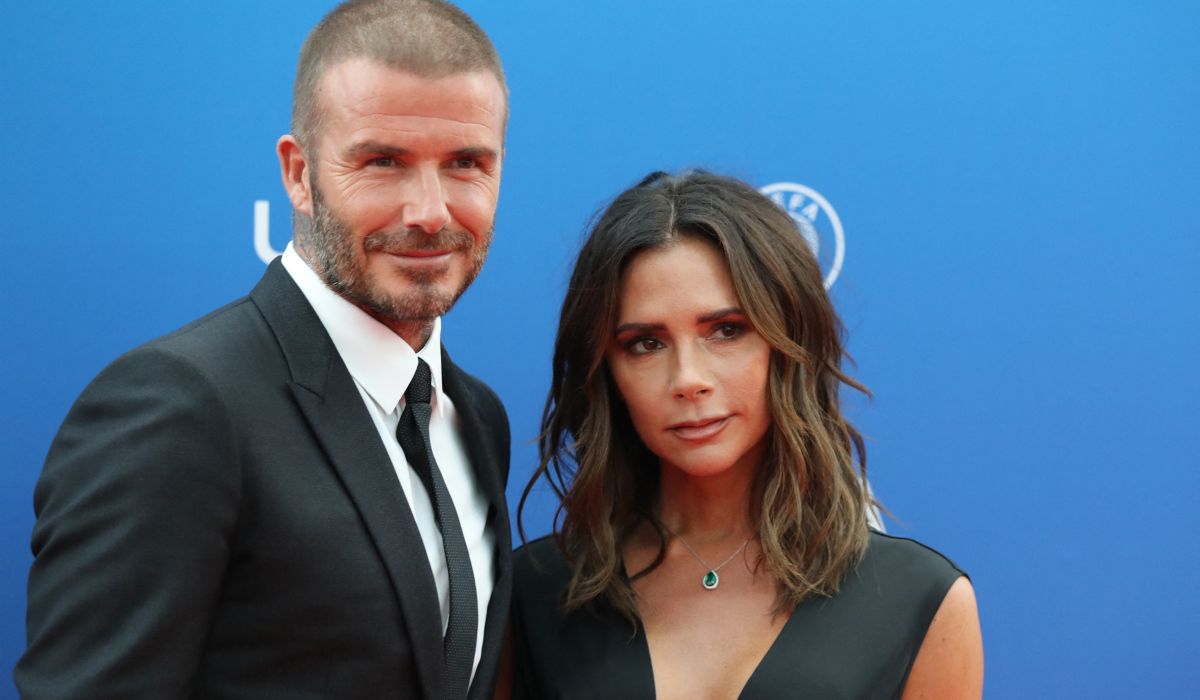 David and victoria beckham They are one of the most stable couples in the world of entertainment, who have been able to build and sustain a family under the watchful eye of the media for more than two decades. Therefore, every time they are seen anywhere, even if it is not an event, or make any kind of statement, they will always be in the spotlight.

MORE INFORMATION: Who is the American actress who stole the heart of Brooklyn, the son of Victoria Beckham?

Something that happened when the former soccer player gave an interview, where in addition to talking about various topics, he revealed that his wife follows a rigorous diet since the time he met her, in 1996. As he announced, The former Spice Girls has only eaten two meals for 25 years.

Although he respects the decision of the fashion designer and businesswoman; Quite the contrary, it happens with him, who likes to enjoy a good dish. Even as she loves cooking, she said that when she lived in Italy for a while, where he played for AC Milan, she followed a course after her training to learn how to prepare ragu and risotto for his children.

David Beckham and his wife Victoria arrive to attend the draw for the UEFA Champions League soccer tournament at the Grimaldi Forum in Monaco on August 30, 2018. (Photo: Valery Hache / AFP)” height=”700″ src=”https://www.americanpost.news/wp-content/uploads/2022/02/The-strict-diet-that-Victoria-Beckham-has-been-following-for.jpg” width=”1200″>

WHAT HAS VICTORIA BECKHAM EATING FOR 25 YEARS?

The English celebrity confessed on the ‘River Cafe Table 4’ podcast that she would like to share her taste for good seasoning with her partner. “I get pretty excited about food and wine, and when I’m eating something good, I want everyone to try it”he began by saying.

But he immediately pointed out that this is impossible because the mother of his four children is very strict in his eating routine, which he does not intend to change for the world. “Unfortunately I am married to someone who has eaten the same thing for the last 25 years. Since I know her she only eats grilled fish and steamed vegetables, she very rarely deviates from that”he mentioned.

Although the revelation generated surprise in several, David Beckham’s own wife had already advanced, in September 2021, during an interview with the same medium what her diet was and was rated as “worst nightmare for restaurants”.

“I like food prepared very simply: no butter, no oil, no sauces.” After that, he mentioned that fish and vegetables are the foods he “enjoys the most, [eso sí con] balsamic vinegar for garnish”but he forgot to say that they were the only ones he ate.

THE TIME VICTORIA BECKHAM MADE AN EXCEPTION

Even though Victoria has only eaten two meals for several years, the former athlete and celebrity recounted the time she made an exception.

“The only time she’s ever eaten anything off my plate was when I was pregnant with Harper and it was the most amazing thing. It was one of my favorite dinners. I don’t remember what it was, but I know she hasn’t eaten it since.”he specified.

As is known, the couple has four children and Harper is the youngest of all, he was born on July 10, 2011. Taking into account that the exception in food that the former Spice Girld made was when she was pregnant, that means that He hasn’t tried another food for more than a decade.