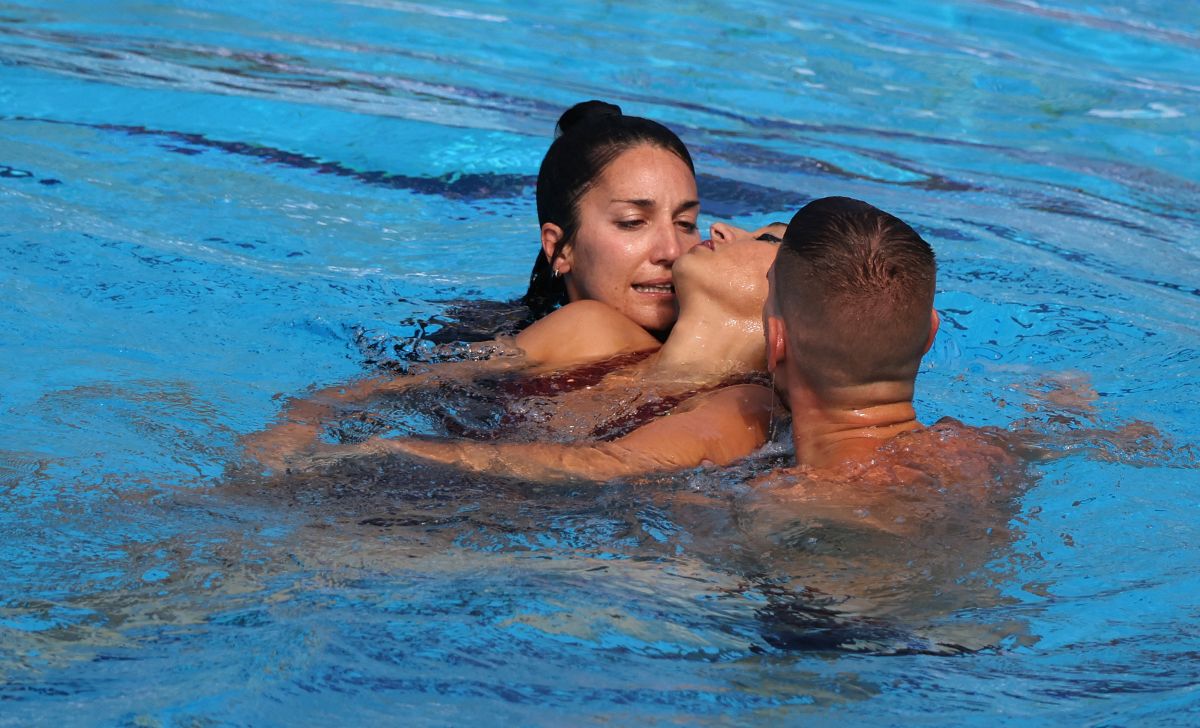 The American swimmer Anita Alvarez was the protagonist of an episode that left the entire public attending the Budapest Swimming World Cup in suspense and all the fans of water sports in the world. The American fainted while performing his exercises in the free only final artistic swimming.

Faced with this reality, her coach, the Spanish Andrea Fuentes, jumped into the pool immediately to rescue her due to the slow speed of the rescuers. Despite all the shock and the unfortunate event that took place during the sports day, the swimmer Anita Alvarez is recovered and everything ended at a bad time.

Similarly, having to be removed on a stretcher, the American will undergo various medical examinations and tests in the coming days and thus be able to detect what has been the cause of her fainting.

The quick reaction of Andrea Fuentes when jumping into the water to rescue Álvarez prevented the scare from being something greater. The Spanish woman assured that she had thrown herself into the pool when she saw the immobility of the lifeguards. In this sense, without hesitation, she went to the rescue of the swimmer who, despite being unconscious from the pool, managed to recover in the health center located inside the pool where she was taken.

Finally, the rescue was also carried out with the lifeguards who, although they jumped a moment less than Fuentes, collaborated in getting Anita Álvarez out of the pool. Concern took over the place and those present applauded nonstop when the swimmer was removed. To this was added the tearful and concerned faces of her teammates.

Final result of the competition

Finally, everything turned out to be nothing more than a scare and they confirmed through the microphones that the swimmer was in good condition.

The competition resumed and the gold medal went to the Japanese Yukiko Inui with a score of 95.3667, the silver went to the Ukrainian Marta Fiedina with 93.8000 and the bronze went to the Greek Evangelia Platanioti with 91.7667 points.