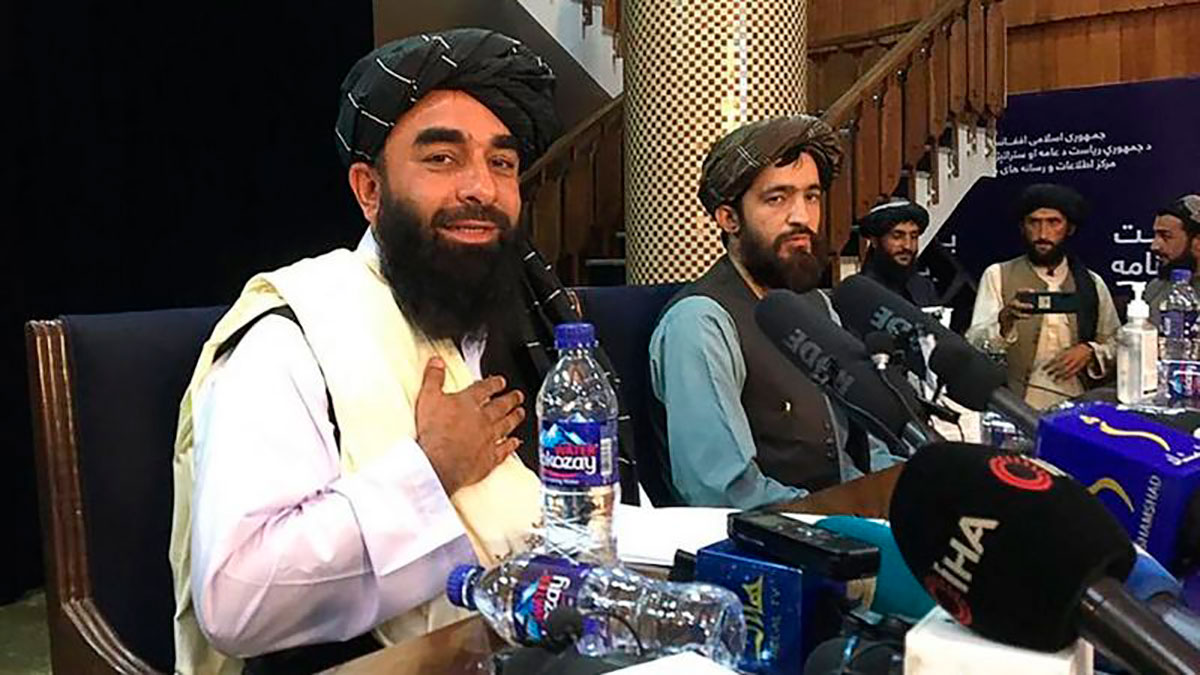 Strangely moderate and conciliatory, yet firm in his defense of Islamic law.

This is how representatives of the Taliban showed themselves at their first press conference since the group took full control of Afghanistan on Sunday.

The main messages sent to the international community were the desire to maintain peaceful relations with other countries and respect for women’s rights, although always “under Islamic law“.

“We don’t want anyone to leave the country,” said Taliban spokesman Zabihullah Mujahid. “We also don’t want young people to leave Afghanistan. These are our assets ”.

“There is going to be an amnesty. There will be no revenge ”, Mujahid noted as he extended this pardon to all Afghans who worked with US forces and their allies in the country.

“No one will knock on your door,” he added trying to calm the fears of the population that, since the entry of the Taliban into Kabul, the capital of Afghanistan, has been terrified and flocked to the airport trying to escape the country.

The Taliban offensive came amid the withdrawal of the US and foreign troops after 20 years of military operations that did not prevent the rapid collapse of government forces.

“All the factions that have fought against us, from A to Z, have been pardoned.”

“After 20 years of struggle we have liberated [el país] and expelled foreigners. This is a moment of pride for the whole nationMujahid said flanked by two other members of the organization.

“We have forgiven everyone those who have fought against us for the sake of stability and peace in Afghanistan. The animosities are over. We do not want external or internal enemies ”, added the spokesman.

Since entering Kabul this weekend and with the departure of President Ashraf Ghani into exile, the Taliban have remained on the sidelines of evacuation efforts by the United States and other countries.

The arrival of the Taliban in Kabul aroused fear mainly in women, which anticipate a setback in their social and economic rights won in the last two decades.

Mujahid assured that women will be able to continue going to school and work.

“We are going to allow women to work and study within our framework ”, he said in reference to the swillíto, Islamic law that the Taliban radically interpret and limit women’s rights.

The spokesperson did not elaborate on what this statement means in practice.

“Women are going to be very active in our society,” he added.

“One thing I have to say: we are seriously working on the formation of the government, which will be announced once it is completed,” Mujahid said.

After that, the Taliban will decide what laws to present to the nation.

With this press conference, the Taliban wanted to stage something that the organization has repeated since it began its advance in the country: “There is a difference between what we are now and what we were 20 years ago“.

“There has been a process of evolution,” stressed the spokesperson.

Asked about the possibility of al Qaeda returning, Mujahid said that the Taliban have all the borders under their control and that they will not allow Afghan territory “to be used against any country in the world.”

“The soil of Afghanistan will not be used against anyoneThe Taliban spokesman said.

“We can assure that to the international community.”