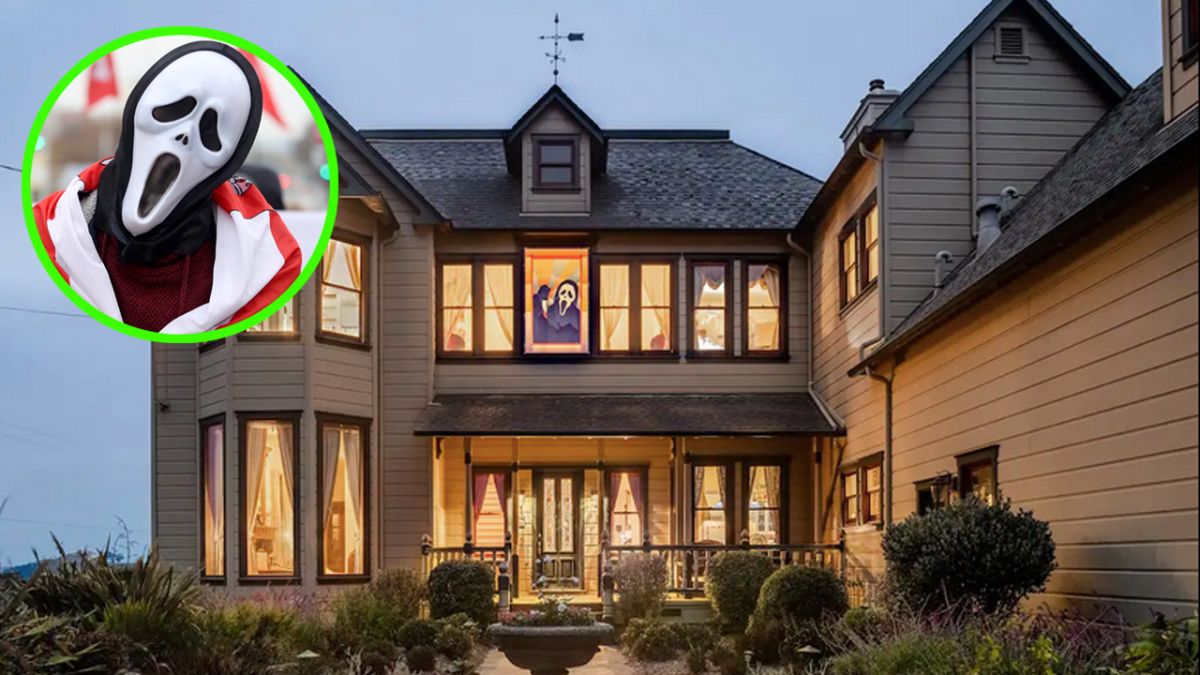 The Halloween it is coming up and with it the many horror activities that promise to scare us more than one, such as movie marathons or haunted houses, but … can you imagine what it would feel like to live both experiences at the same time?

Yesterday we let you know that the mansion that inspired the movie ‘The Conjuring’, but everything does not end there, because now we share that the house where the tape ‘Scream’ was recorded will be put up for rent to live three authentic nights of terror during the month of October.

According to Airbnb, which is the platform where it is advertised, the house will be available for rent for three separate nights with the purpose that the fans of the film can celebrate the 25th anniversary of its premiere in a totally different way and full of terror.

The two-story residence located in the nonexistent city of Woodsboro, will open its terrifying doors for the nights of October 27, 29 and 31.

Reservations will be available starting October 12, at 1:00 pm EDT, and the cost per night will be just $ 5.

The lucky winners will be awarded a night of lodging for four people, in which they will be able to enjoy the four films that make up the ‘Scream’ universe, various sweets from the 90s, a landline phone and a whole experience led by Sheriff Dewey Riley, who will try to prevent ‘Ghostface’ from turning its distinguished guests into its new victims.

“As a local bailiff, it is my duty to be your host to keep everything under control during your stay at the ‘Scream’ house. What could go wrong? In honor of the 25th anniversary of ‘Scream’ and the upcoming 2022 movie, face your fears and stay the night where the terrors of ‘Ghostface’ began, ”is how Dewey Riley welcomes his brave guests.

Although the house is quite spacious, only one of the bedrooms will be enabled, which will be equipped with a queen size bed and an inflatable mattress.

According to the policies established by the organizers, the following will not be allowed: parties, pets, drugs, alcohol, or guests under 18 years of age.

Applications will only be received from people living in the United States and all protocols in force for covid-19 must be followed.

What is the ‘Scream’ house like in real life?

The house from ‘Scream’ is actually located in the city of Tomales, about 70 miles north of San Francisco, California.

According to the technical sheet, released by various sites specialized in the sale of real estate, the property was sold, for the last time, on June 11, 2014, for $ 2,820,000 dollars.

The property, which was built in 1991 and is Victorian in style, has an area of ​​4,900 square feet, with four bedrooms and four full bathrooms.

Outside, on its 298-acre lot, it has extensive green areas, with two more houses and a barn.

To see more images of the property, click here.

Fit for a prince? Meet ‘The Castle in the Sky’, Will Smith’s new mansion

Who said fear? Spooky mansion that inspired the movie ‘the Conjuring’ sold for sale

Video: Get to know the inside of the new mansion of Kimberly Loaiza and Juan de Dios Pantoja